‌'Patriarchy' is not just a word; it's a feeling that haunts most modern women all around the world, even more, when they are living in a society that has each and every traditions and social customs based on patriarchal norms.

‌’Patriarchy’ is not just a word; it’s a feeling that haunts most modern women all around the world, even more, when they are living in a society that has each and every traditions and social customs based on patriarchal norms.

Growing up, I was surprised by the practices being followed in the name of religion and tradition.

Practices that forbid women to even sit at a common dining table during her menstrual cycle, where she is not allowed to cook food or enter the kitchen during menstruation, practices that talk about the girl child as a commodity that has to be sent to ‘her rightful house’ through rituals like ‘kanyadaan’ and ‘bidai’, that tell girls to be home by 8pm while the male members can loiter and enter home even at 2am, drunk.

We live in a society where a man can pee in a public place, while if a girl wears a short skirt she is considered to be characterless. Each and every restriction and tradition is pointed solely towards a women’s personal space and her choices.

‌As a daughter and the only child, I have seen my parents always being asked the age old question- “So you have no son?”

As a child the question used to haunt me. Later I was told by my grandmother that a son is required, since, only a son can perform the funeral rites of his parents and girls are not allowed to do so. And parents are supposed to attain the happiness of paradise if the last rites are performed by their son. I have been told on multiple occasions that it is my cousin brother or my husband who will be allowed to perform my parents’ last rites.

The question that troubles me is- Who made these laws? Is being born as a girl so sinful that I can’t even say goodbye to my own parents, that I have to leave my parents alone in their old age and make my in-laws my priority, that a child that I give birth to with so much pain is considered to belong to my husband’s lineage and gets his surname attached after its name?

A need to challenge these practices

I have always been very vocal about my beliefs. I openly criticize these patriarchal practices.

I firmly believed that menstruating doesn’t make me impure. I have never felt that praying or visiting temple during menstruation is sinful. Which God, who we believed has created us, would treat his/her children with such contempt, just because of a simple biological process, which is the reason of our very existence?

In Nepali tradition, every Dussehra, elders of the family give blessing to younger ones by putting a ‘tika’ on their forehead. Menstruating women are even denied the right to get such a blessing from the elder ones. Her body is considered to become so impure during menstruation that even getting a blessing from her parents is sinful.

While reading a book, Seeking Like A Feminist by Nivedita Menon, I came across her discussion of an idea on menstruation and its taboo, which made perfect sense. She talks about a hypothetical situation where men could menstruate. She goes on to explain that in a society where everything that man does is valued, a situation where a man could menstruate while a women couldn’t, this very fact would become an indicator of superiority and men would be celebrated and applauded for their ability to menstruate.

Marriage – an institution to bind women

‌Marriage is an institution that is a reflection of Patriarchy.

A girl has her whole life changed after marriage. She is expected to change her name, her food habits, her beliefs and her ideologies after being married. She gets a new identity.

Marriage gives ‘a new life’ to a girl. But the question is- Why does only a girl goes through such changes? Aren’t we all humans? Why does a girl not have her own identity? Why is her identity changed depending on the marital status?

I have a cousin who married a girl from a city in which he works. Coincidentally, his wife’s maternal house is just next to his workplace, yet they live far from them. Imagine if the situation is reversed, and if a girl demands to live separately from her in-laws, the results would be that the girl would be labeled as a home breaker.

‌Even as a widow a woman is devoid of every little happiness. She has to let go of every color in her life, she can’t take part in any ceremonies, while no such restrictions are placed on a male widower.

While widowed mothers cannot be at their child’s wedding in many cultures, the most ridiculous tradition that I have come across is the one where the presence of the mother of the groom at his wedding is considered inauspicious in many cultures.

I am troubled by the thought – why haven’t people questioned such traditions for so long? Why are people still following such practices in the name of tradition? Why can’t people understand simple logic, that there can be nothing inauspicious for a mother to attend her own son’s wedding?

We need to talk about patriarchy

Yes, we do see that patriarchy is rooted in every aspect of our lives, and that it is directed mostly towards women. But being a feminist, the only thing we demand is equality.

Even though we talk about patriarchy in public spaces, we talk about feminism with our friends, with our colleagues, with our boyfriends/ girlfriend, why can’t we bring up these issues in private spaces, with our family? Are we just supposed to ignore our ideologies, our sense of right or wrong just because we respect our elders? In the name of respect, are we supposed to follow those traditions that we firmly believe are wrong?

Women’s empowerment is more than just educating her

No matter what a girl achieves in her life, be it a doctor, engineering, scientist, or even if she becomes the prime minister of a country, she will have to, in the end, follow the patriarchal norms of our society. She will have to be ‘given away’ to a new family, she will be denied the right to perform the last rites for her parents, and she will ultimately be judged on her cooking skills, her managing of household chores, her ability to be a good wife, a good mother, a good daughter-in-law.

The only question I ask is “Why?”

Why are the rules applicable only to women? Why is it always a woman who has to make all the sacrifices in life? We need to understand that we are all human beings, so how can one gender be superior to another? Why can a girl not ask for equality in life? And if she does so why is she not appreciated?

We as a society need to ask these questions.

These are some of the questions that we need to ponder upon, as it’s time that we as women demand equality in all aspect of our lives, and men should understand these and support us in our fight for equal justice. 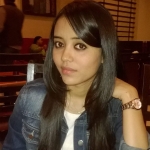 Srijana Chhetri- Post Graduate in Development studies from Azim Premji University and Sociology from IGNOU and a civil service aspirant. I hope to enter the system and bring some positive changes especially with regards to read more... 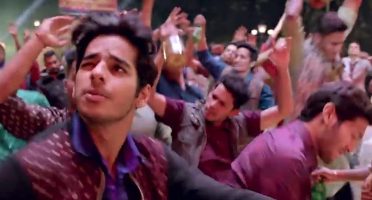