Girl Ran Away From Marriage After 10th, Takes Help Of Women’s Groups, Scores 90.3% In 12th This Year

Posted: May 5, 2019
Tags:educationgirl child
Writers, Instagrammers, or Video Creator? Join us at the Orange Flower Festival on Jan 22nd!

Rekha ran away from home after her 10th results when she realised her family had plans to ‘marry her off’. She took help from children’s helplines, and has today scored 90.3% in her 12th. Kudos to the young woman!

Recently, I came across a news item about a girl from Kothuru village in Chikkaballapur, Karnataka who ran away from home as she preferred career over marriage. So much determination towards her education! Yes, here is her story.

Rekha secured 74℅ marks in class 10th. She reached her home with so much excitement to share it with her mother but was devastated knowing about her wedding preparations.

Initially, she opposed and longed to study further. After all, she was educated enough to be aware of the laws and the right for education. But no one supported her in the family.

Finding no way, she left her house and reached Bengaluru and asked help from the children’s helpline. And she got all the help and support she needed.

Last week, she secured 90.3℅ marks in her 12th class and is a topper. Kudos to her! If she hadn’t run away that day, she would have been serving her husband and in-laws, thereby crushing all her dreams and aspirations.
Now she wishes to study law and also aims to be an IAS officer.

Really an inspiring story of a courageous girl!

But here circumstances and reasons are totally different. The girl ran away because her own parents have denied to support her. So, whom she would have looked at for help?

This is a bold story, worth sharing. But I also pondered: why should a girl have to run away from her house just for her basic right of education?

Well, I have to discuss two points here.

First, it’s good to know that today girls have different perspectives and preferences towards life. There is a revolutionary change. Earlier, we used to come across such news where girls ran away to save their lives, or to marry a guy of their own choice. It’s not wrong to choose your life partner but it should be for later, after you set out on your career, in my opinion.

But now, girls have started recognising their true potential. Instead of chasing a boy of their dreams they are chasing their ambitions and for that, they are willing to overcome many hurdles. They have started breaking barriers.

They know very well that only education is a weapon to destroy the evils of domestic violence, sexual harassment, illiteracy, gender bias, female foeticide, prostitution and other societal prejudices like child marriage, dowry system etc. Such evils are obstacles to the growth of women and they have understood that only education has the power to enhance their self-esteem and confidence.

Girls should not have to take such a drastic step

Now coming to the second point, let’s look at the steps that should be taken so that no other girl has to take such a drastic step.

Yes, drastic, because not every girl can be lucky as Rekha! Girls this age have suffered horrors if they are known to have run away from home.

All parents should help and support their children especially girls. Girls should be provided with all the facilities and opportunities they deserve. Girls and boys should be treated as equals.

The mindset of the society and the whole nation needs a change. More and more awareness should be spread about women rights, equality and justice.

Still, in rural areas of our country, there is a lack of education and awareness among women. They are considered as mere caretakers of their house and thus from the very beginning, they are deprived of proper education. They are married off at early ages. Hence, women, in particular, need to be made aware of their rights.

Importance and benefit of education for women

Education is the key to eradicate all the social evils prevailing in our country.

She would be able to take the right decisions in her life that too with confidence. She would be capable and strong enough to raise her voice against any injustice or unfair decision imposed on her.

She would feel safe while travelling alone.

She would not have to bow down to each and everyone against her own will.

She would not be taking permission for her own financial decisions.

She would not have to make compromises or adjustments in her family life or at the workplace.

She would have her own identity, dignity and respect.

“Just give her wings and she will soar high up in the sky.”

Many times it has been proved that women have excelled in each and every field whether politics, sports, technology or entertainment.

Let’s take a pledge to help other women when needed, rather than pulling them down. Let’s support and motivate one another without passing any harsh judgements. 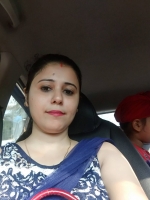