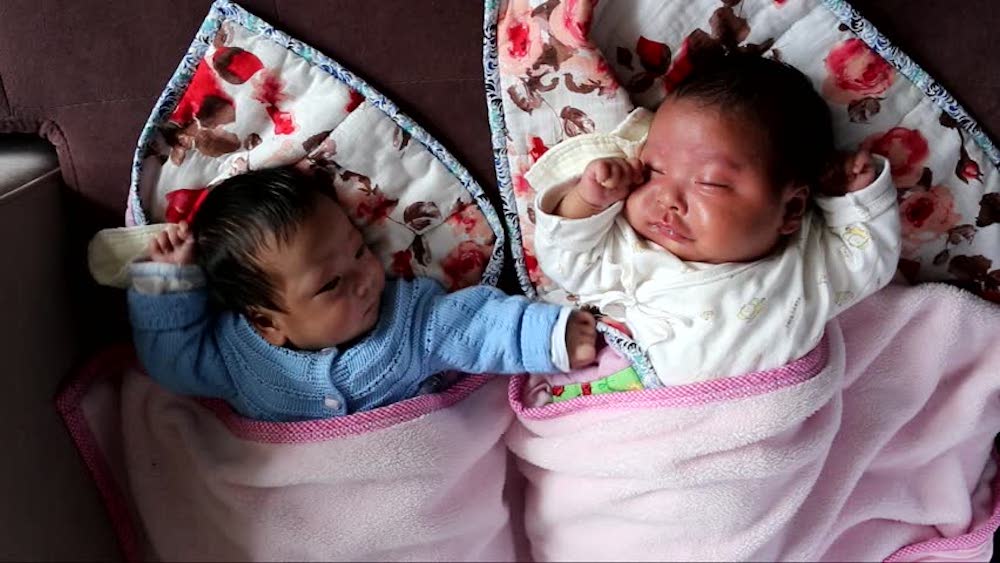 How I Teach Gender Equality To My 3 Year Old Twins, A Girl And A Boy

As parents, we make sure we model and teach gender equality to our twins, a boy and a girl, who are being bombarded with sexist messages from society.

The day I gave birth to my twins in 2015, we looked at our baby boy and girl, and after the initial moments of joyous emotional outburst subsided, among the first few thoughts and the first few responsibilities that came to mind, one very important one was to never let gender bias affect them. We realized that we had the perfect opportunity to raise them alike, same rules, same freedom and so on.

Of course, I knew that environmental factors would have an impact, a huge impact. And that just the thought wasn’t enough, deliberate action on their parents’, our part, who’ve been subconsciously conditioned in a certain way, was essential.

Gender biases and stereotypes are all around us.

Right from pink and blue slotting of children based on their gender, to exposing them to media which is so sexist, to the innumerable sexist posts and messages that are floating around, to society and its assumptions, to what the little ones learn, and interventions.

When I shop for my children, be it anything, clothes, toys, shoes, books, gifts, anything – the first question I get asked is “Baba hai ki baby?” “Boy or girl?” 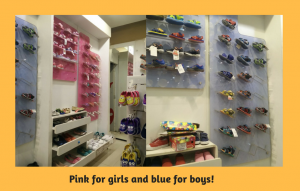 Barring a few reasons and a few purchases, it doesn’t matter for the most part. Age, sure. Gender, not so much.

I don’t always want my daughter to have a fancy sleeve on her t-shirt, I don’t mind if she has casual comfortable normal sleeves like the ones that boy tees always do. I am told, though subtly, through product placement in the shop or otherwise, that my son may not wear pink and my daughter would love pink. And am also directed towards dolls for my daughter and cars for my son. Sure, my daughter may like dolls, but so does my son. And yes, my son likes playing with cars and blocks, but so does my daughter. And yes, they do have preferences. That could decide what we purchase, but, no, sorry, gender is not the reason for my purchase. It’s not very different online either.

For example, if you’ve seen a recent atta ad, where the mother and daughter are smiling and humming in the kitchen while the mother is kneading the dough, and the ad says, ma ne roti banana seekhi hogi nani se aur nani ne parnani se. (Mom must have learnt to knead and make rotis from grandmom and grandmom from great grand mom).

That may have been true. But couldn’t we change the mix a little, couldn’t there have been a son hovering around in the kitchen too and both children learning to knead the dough with the mother? Even small things count. You would be surprised at the number of gender stereotyped rhymes too. Any language, English or regional. For instance, there is a Tamil song and a Marathi song meant for children, in which both towards the end talk about how your angry father will forget everything you did and come to you, and that he loves you. (Mothers are supposed to be all sweet, and fathers the disciplinarian.)

It’s disturbing when one delves deeper into content children are exposed to. Thankfully for now, we are able to filter what they watch in their stipulated screen time. (No cable at home has really helped us be selective about what we watch as a family.) And ads are definitely out.

And we are hoping as they grow up, these external influences are filtered on a screen of alignment, if one may call it so, to what we’ve spoken about, shown and seeded in. I’ve realized that parents have the strongest impact and though you can’t control everything that children are exposed to, you can be the place where they bounce off their thoughts and hopefully find answers that we would want them to grow up with, till they can see the world with their own eyes.

Even, the ad on FM radio, where it talks about a 7 foot tall kaamwali/maid who does all the cleaning around the house, when in fact they are referring to their new purchase – a 7 foot ladder. This ad is just inappropriate on so many fronts. (Really hoping to share another piece on our experiences and efforts to deal with such situations with our children.)

It may seem funny to post such jokes, but can have a very deep effect on children and youth, who have access to such content, especially if they, due to some reasons, are unable to find answers to their questions and doubts.

Society & its assumptions that make their way into little minds

I’ve been told how I should start accumulating gold for my daughter right from the beginning. When they were very little, I was told how my baby boy could be naked for a while, but I should always clothe my baby girl.

“How do you manage with twins, ya? Thankfully you don’t have two boys otherwise both would be so naughty and you would have a tough time.” With concern for me of course, but still. So many gender stereotypes. And I know we are all part of the problem and many a time, it’s from something deep inside of us.

Both my children like to accessorize. Yes, on certain days I indulge them with safe accessories such as clips, bracelets, necklaces. The amount of eyeballs I’ve received when my son accessorizes. Unspoken words but very sexist messaging. Of course, of late even without us telling him much, he’s slowly weaned himself off from any accessories that seem too ‘girlish’ to him. Heartbreaking, how these notions find place in little heads.

So on and so forth.

As parents, we can do a lot

We answer very patiently and for now they believe that everybody can do everything. Equality. Hard work. Curiosity. Passion. These are the messages that we try to send out in words they will understand.

Whenever we can, we show from what we do and what others do. Because we know that will stick. And what will stick even more, is doing. At a recent trip an hour in the kitchen with chef uncles and aunties has stayed on in their minds. So not only do we play together at home, we also grocery shop, clean and cook together. Not only does it have a good influence on the kids, but it’s also a ton of fun.

Whether it’s indoor or outdoor play, reading or listening to music, cooking or cleaning, storytelling and sleeping, we’ve tried to emphasize the equality of the sexes. Taking turns, sharing and teaming up together. And yes, walking and being in nature has seemed to have an effect too on how the kids think. The peace and quiet and lack of distraction has helped us have meaningful conversations with them.

It isn’t all easy. Like I mentioned earlier, the bias is buried so much into our psyches. We are all part of this society and we all have some biases in us. Like only after deliberate practice have I been able to say “chef uncle chef aunty, traffic police uncle traffic police aunty, tailor uncle and aunty” and so on. Some professions were automatically forming an image of a certain gender for me. I’ve been using boy and girl characters in stories we create and tell and songs we sing. Equal usage of pronouns too.

In reality too, we are thrilled to see traffic police uncle and aunty working together to manage the traffic together for instance. There needs to be a balance. Nothing on the face, subtle aspects that convey very important life’s messages.

The twins turned three a couple of months ago.

Bit by bit we are all learning and growing together to raise and live in a gender unbiased family. Now that they are little older, I have started re-focussing on my work. I am hoping to drive soon, which is one thing they really want me to do, just like their Baba. Boys and girls both can do everything equally after all. 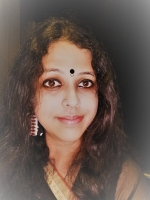 Ramya is exploring the strength of stories, with a belief that stories help us learn

“Thank God! I Don’t Have A Son!” Why Must Any Parent Say This?