Gone are the days when stand up comedy videos used aggressive and sexist humour to get giggles and laughs! Check these out. 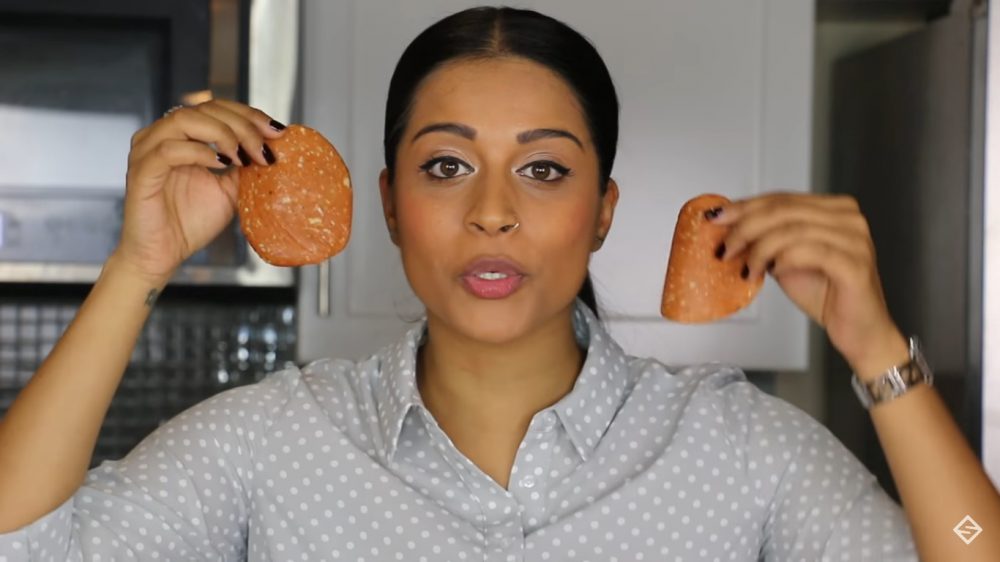 Gone are the days when stand up comedy videos used aggressive and sexist humour to get giggles and laughs! Check these out.

Standing quite apart from the usual laugh-generators which rely upon the time-tested method of sexist, classist, racist jokes, and toilet humour, a new platoon of stand up comedians are here, who are doing a great job of making you laugh!

So without further ado, here are 5 stand up comedy videos that show us that humour need not be sexist to be funny:

‘How to Make a Sandwich’ by Lilly Singh (Superwoman)

“Oyy joo stoopid!” Who needs any introduction to this Canadian born YouTuber of Indian origin? With over ten million YouTube subscribers worldwide, Lilly has really given a new dimension to stand up comedy videos. Her popular uploads include her funny rants about oh-so-many situations, and ‘Types of Things‘ videos where she lists out various types of people, things and relationships, among others.

This video titled “How to Make a Sandwich” is her reply to one of the comments she received for a previous video, where the commenter asked her to stay in the kitchen and make a sandwich, instead of making comedy videos.

The style in the video is rather passive-aggressive. This video, as opposed to her other videos,  is not essentially a stand up comedy act, but the analogies that she uses are spot on. The way she compares kitchen ingredients to the commenter and his underlying intentions is really a great attempt at slamming the sexist crowd.

Nicknamed the ‘Indian Lilly Singh’, this Jabalpur-born Mumbaikar has gained over 1 million subscribers on YouTube in less than two years. Known for her quirky attitude, this funny fun-loving young girl looks at the simplest things that are part of Indian households and presents them in a hilarious, light-hearted manner. She, too, does ‘Types of Things’ videos, but her speciality is the diversity of topics that she picks up.

In one of her stand up comedy videos, titled “Indian Restaurant Etiquettes,” Prajakta can be seen teaching us Indian restaurant etiquette. All Indians (okay, most) call restaurants ‘Hotels’ and clean their plates with tissue papers before dining- these things stated by her in her eccentric manner are very relatable, and are  sure to bring a smile to the viewer’s face.

One of the first and foremost Indian women comedians, Aditi Mittal is also one of the top ten stand up comedians in India. An Indian English-speaking comedian, Mittal is a well-known face in the comedy circles of India, UK and the USA. Her stand up comedy videos have featured in many ambitious projects including Menstrual Man and Jai Hind.

In this stand up comedy video, which is a part of her ‘Things They Wouldn’t Let Me Say’ series, Mittal most accurately points out the kind of ’embarrassment’ (more like awkward behaviour) a woman shows if she has to borrow a sanitary napkin from someone. She also attacks the taboo of not explicitly uttering the word ‘Periods‘ in public. Her funny takes on advertisements about sanitary napkins and her satirical take on showing women in extreme conditions and white pants during the “Mahinon ke unn dinn” is sure to make you laugh, yet think a little deeper.

At a time when comedy is dominated by and still considered a man’s world, Aditi Mittal has managed to prove that satirical humour can be equally funny and intellectual without a heavy dosage of sexism, and still continues to do so.

Miranda Sings is a fictional character portrayed by the American YouTuber Colleen Ballinger. Since the year 2008, she has gained upwards of seven million subscribers. With her high pitched nasal voice and bright red lipstick drawn beyond the borders of her lips, she covers a range of topics in her stand up comedy videos, including ‘Tutorials’ (make-up, modelling and making-out), reaction videos and music videos. Her style, which is absolutely unique – just using and reacting to everyday events, instead of aggressively attacking or ridiculing anything or anyone – coupled with out of focus camera angles, gives her an edge over many of her counterparts.

In this video titled ‘Miranda Speaks to Siri‘ or as she calls it “Saayree,” Miranda literally speaks to Siri – not as an AI, rather as one might to a person. She asks various questions like what is Siri doing, and gives out funny (read, sarcastic answers) based on Siri’s responses. She, seeing the course of the ‘conversation’ calls Siri sassy and mean and a ‘hater’! The whole video shows Miranda’s apparent ‘struggle’ with Saayree, producing a hilarious exchange between the two.

Radhika Vaz is a Mumbai-born stand up comedian and writer. Most of her stand up comedy videos consist of ranting. In these videos, the fact that she possesses the gift of looking at the bright side of a dark situation gets reflected – something which has helped her garner a considerable fan-following. Vaz keeps a straight face and discusses many things including sex and virginity and marriages and husbands. It wouldn’t be wrong to call her an anti-sexist stand-up comedian.

Her style is absolutely unique compared to other contemporary stand-up comedians – she’s very much expressive and delivers like a contestant in slam poetry. The movement of her hands, the swirl of her neck and her greatly expressive face, combined with the mostly relatable references – her own life experiences – truly makes these videos exceptionally bone-tickling.