Many moms quit after having a child, putting their careers in jeopardy just when at the peak. All we need to solve this issue are homemaker dads. Curious? Read on.

Many moms quit after having a child, putting their careers in jeopardy just when at the peak. All we need to solve this issue are homemaker dads. Curious? Read on.

At least once in the lifetime of every office going couple, a time arises when a very pertinent question pops up in front of them, and one of them has to choose between the baby and a career. Most often than not, this question only haunts women; men’s careers remain untouched by this big change at home.

Some women are ‘lucky’ and they manage to get a helping hand in child support from parents, babysitter etc. But most of them make a tough choice which alters their professional lives forever. Some quit their career out of choice or seek an alternative career which allows them some bandwidth for household responsibilities. There are some who don’t want to quit and they take leave for childcare, but when the leave extends to a year or two, they find it extremely challenging to return to work and eventually give up out of frustration.

What’s strange is that most of us don’t even consider the other alternative where a man can also take a pause in his career for a couple of years. Though never considered an option, there are various multiple advantages of this adopting this route.

Getting outside chores done

This may sound a little clichéd, but most stay-at-home wives I know tend to depend a lot on their husbands, especially for outdoor work. It’s not rare to have a housewife waiting to go shopping, but the husband arrives late from office and is not in a mood to go, causing a great disappointment to the lady.

On the other hand, when their men choose to stay at home they can carry out wide array of work ranging from cooking, buying groceries, getting the car serviced, picking children from school, financial management, plumbing, repair and maintenance of house and so on. They don’t have to wait for lady of the house to come back from office and to take them somewhere for something etc.

Sharing out all chores

Because of years of social conditioning, women tend to believe that they are responsible for the well-being of their family and so when a working woman arrives back from office, she still can’t resist helping in the kitchen or other household chores. This is in stark contrast with how men when they return from office, choose to throw themselves upon the couch in front of the television pretending to be super tired.

So this is actually good if we have a homemaker dad, because with equal participation, the morale of the homemaker (husband, in this case) never goes down and he gets his fair share of me-time.

A woman houses a baby in her womb for 9 months and brings him/her into this world thus forming an intimate connection with them even before birth. No one else can have a relationship as close as this, all thanks to biology.

For men, the first few years of a child’s life is the only golden ticket to form an everlasting bond with children which they wouldn’t want to let go.

When men look for jobs again after childcare leave, there is lesser fear of being judged by the prospective employers.

Women have to deal with this psychological barrier within their own minds as well as the employer’s minds, that they cannot take up challenging roles or cannot stretch beyond the call of duty when needed due to their commitments at home.

Owing to the fact that this is not a conventional arrangement, it will train both man and woman to more independent in their lives. Men will learn to manage all household chores by themselves and women will gain the confidence to win the bread and butter for the family, all by themselves. They together will in turn raise independent and confident children.

These dads develop a sensitivity to others’s needs

Since men normally don’t have to bother much about what’s going on their homes, they have more tendency to be workaholics and when such men become bosses, they have this unwarranted expectation from their employees too. This creates an unhealthy culture of slogging at office for long hours. Men who contribute in child care on the other hand, are more considerate towards employees who juggle between office and home duties and encourage all employees to seek a healthy work life balance.

Men do not have a sacrificial tendency. When women take care of the house and children, they tend to put everything ahead of them. Though this selflessness works well for the family members, it often takes a toll on women but still they find it very difficult to prioritize themselves.

Men do not have this problem; they may be taking care of the home but their world still won’t revolve only around that. They will anyway make time for what they love to do, be it sports, reading, movies, music, gym etc. This is really important because you cannot keep others happy if you are yourself not happy.

Who will work and who will take a break should not be decided only based on income or gender, but it should be thoroughly discussed between the wife and the husband. Only after weighing the pros and cons, a decision must be made.

Also, the government should be unbiased while devising policies on childcare leaves and both men and women should have the option to take child care leave.

What are your thoughts on this? 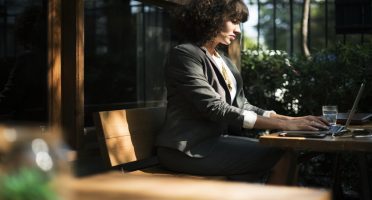 The Power of Choice And Financial Independence