Paternity Leave For Dads A Must So That Moms Don’t Lose Out On Careers! Are Lawmakers Listening?

What if we focus on reforms in getting Dad to take care of the kids more? Won't that balance out the disparity in parenting duties that an almost non-existent paternity leave in India brings?

What if we focus on reforms in getting Dad to take care of the kids more? Won’t that balance out the disparity in parenting duties that an almost non-existent paternity leave in India brings?

Rosy* conceived her twins through IVF in Mumbai, at the age of 32. The year was 2017. Her husband, Raman* and she, both had successful careers in MNCs. The complicated childbirth combined with the fact that the babies were twins, took a lot out of her and she was recommended bed rest for at least a few weeks.

Rosy was a first-time parent who had left her hometown, Jamshedpur for better job prospects. Her husband Raman, was allowed a leave of maximum 5 days before he had to return to work. Rosy quit her job to take care of her children full time. She found freelance work, but could only make a fraction of her previous salary.

This scenario seems hardly out of place. We all know a Rosy or a Raman. In a country like India, where migration to larger cities is increasing rapidly and nuclear families are becoming the norm, the gaping lack of provisions for having two caretakers for an infant is quickly becoming evident.

Across the World, there is a rising voice, united in its goal to encourage men to contribute to the household. While sharing the load on cooking and cleaning are part of it, being more involved in bringing up children is pivotal.

So, what is paternity leave?

The Cambridge Dictionary defines paternity leave as ‘a period of time that a father is legally allowed to be away from his job so that he can spend time with his new born baby’. The aim of this leave is to allow for the caregiving responsibility of the child to be shared with the mother.

In 1974, Sweden was the first country to introduce the concept of Paternity leaves as a law. The aim was to encourage both parents to participate in caregiving for infants, which has been historically considered a woman’s responsibility. Over 4 decades have passed and there has been little progress in making this law enforceable worldwide, as well as adapting to changing family dynamics.

A disparity between maternity & paternity leaves

Take India for instance. In March 2017, the Indian government increased the duration of paid maternity leave available for women employees from 12 weeks to 26 weeks. With this, India became the country with the third highest maternity leave. Fathers, on the other hand, can avail only 15 days of Paternity leave (Central Government). With the responsibility of taking care of the newborn, 15 days barely amounts for much and benefits no one.

The disparity between the increasing maternity leave and discouragement of the paternity leave clearly puts the entire responsibility of the child on the Indian mother.

Maternity leave policies without paternity leave inadvertently make for a primary-caregiver policy. Such policies reflect the assumption that families will have one caregiver, supported by a partner with few, or no, caregiving responsibilities. It’s the old-fashioned homemaker-breadwinner model wrapped in a veneer of gender equality.

Adverse effect on the mother’s career

This also adversely affects the mother’s career graph. Due to the law, companies hesitate to hire women of a certain age to avoid the responsibility of giving an employee extended paid leave. With women now contributing to 36% of India’s GDP and this number steadily rising, it is an unfair penalisation.

Staying in Germany when having our daughter was a much better experience compared tour peers having kids in India, where dads are not entitled to any leaves. We split the duties evenly; from feeding, cleaning bottles, changing, doing laundry to putting her to sleep and keeping her entertained. By sharing duties, one of us is still able to do other non-baby related duties such as cleaning, dishes, and laundry. – Egalitarian Indian-origin mom, 31, Mother of an infant girl

Studies prove that in countries with robust paternity leaves, the fathers are more willing (and capable) of feeding, bathing, playing with and reading books to their kids. A study by the University of Oslo also found that paternity leaves improved children’s learning abilities. Kids in secondary school, especially girls, seemed to flourish if their dads had taken time off.

Mothers who give birth go through a postpartum period which continues to around the first six weeks after childbirth. This is an overwhelming and stressful time, a period of adjustment and healing for mothers. Insomnia, intermittent bleeding and depression are only a few examples of problems that women face during this period. Having a partner by your side during this time makes an incredible difference especially by ensuring that the emotional labour too, is shared between both partners.

There is also a positive correlation between paternity leave and women’s careers. Various researches show that motherhood is the key reason for the gender pay gap. It damages their future earnings prospects. Sometimes it makes them more likely to leave labour force altogether.

Women already face a lot more hurdles than men at the workplace, and paternity leave would help reducing discrimination against hiring women of child-bearing age.

So, where do we go from here?

Currently, India has no legal provision for paternity leave, unless the Paternity Benefit Bill introduced in Lok Sabha in 2017 is passed. Until then, fathers can ask for a mere 15 days leave provision. This is just a drop in the ocean, more formality than function.

A handful of International private sector organisations that prioritise the welfare of their employees have started offering fathers paternity leave. UNICEF recently increased its paid paternity leave from 4 weeks to 16 weeks worldwide. Facebook and Deloitte offer 17 weeks and 16 weeks respectively. Microsoft too has made it compulsory for their contractors to offer 12 weeks of paid paternity leave.

These form a great pathway that we can learn from. Paid paternity leaves should begin at 10-12 weeks. This period will help the mother recover from delivery. Flexible leave arrangements are also catching up in cases where parents unwilling to stop work completely. Part-time leaves can let them be connected to the job and to their children. This also helps minimise the financial impact of the leave on the family. Employers can benefit from this type of arrangement since they might not need to hire a replacement if the employee is working part-time.

For years the priority for women’s rights campaigners has been to increase the provision of maternity leave. Now, there is a growing belief that the best way to improve the effect of childbirth on women’s careers and health, is to turn to the Dads. 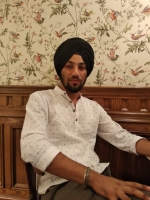