Every Generation Of Childhood Summer Has Its Own Story; Mine Does – What’s Yours?

Many schools are winding up for the year, and some already have. Summer vacations will soon be upon us. What do you have in plan for the kids?

Many schools are winding up for the year, and some already have. Summer vacations will soon be upon us. What do you have in plan for the kids?

We are just in the third week of March and it is really starting to get very hot.

Last Sunday, after a sumptuous lunch, I was watching TV when my son and his friends came rushing into the house. They were all talking at the same time, upset because the watchman asked them not to play in the lobby since they were making lot of noise. I told them that people usually sleep in the afternoon and maybe someone complained that they were making a lot of noise.

My son said “we are not allowed to play in the lawn because it is hot and we can’t play in the lobby, so should we also sleep in the afternoon and waste our holiday?”

I said “why don’t you all play in the house?”

They all sighed in disappointment and one of the boys asked, “then, what should we do?”

I told them to wait and I promised that they would have a wonderful time. I went in and brought some pairs of socks, told them to wear the socks. I moved the furniture to make space. I sprinkled some talcum powder. I told them that they should walk /skid as if they were skating and the child who completes five rounds without falling is the winner.

The next one hour was full of excitement. They were just laughing and having fun. They thanked me and said  that they really liked the game.

I told them that I was also not allowed to play outdoors in the afternoon during summer when I was small. I told them that we did not have multiple channels on the TV, nor did we have video games but we had lots of fun.

One of the boys asked, “Aunty, what other games did you play?”

I told them that we used to make a ball with old newspapers and used our writing pad as a bat, and played cricket in the room.

I told them that we did not have monopoly but we used to make our own money and used to set up a small market in the house to trade. The child who set up a grocery store used to make a small common balance too, and would get all the groceries from home in very small quantities.

I told them that we did not have many libraries so we exchanged books and read them. We also used to pretend like the characters of the books sometimes and dramatize the story. It was fun because we used to make our own costumes.

I told them that we used to have debate sessions on the subplots of The Mahabharata. It was great learning, and sometimes the debates would continue for days.

We used to play Name, Place, Animal and Thing. I told them that we did not have Google so we looked up the dictionary to find new words and that improved our vocabulary.

They were all looking at me in awe as if they were imagining all the fun.

I told them that this was all indoors in the afternoon, but we had lots of fun outdoors too in the evening.

They asked me what we did in the evening.

I told them that I would tell them about all the outdoor games of our times the next Sunday.

They were a little disappointed, but I could see excitement in their eyes. They said that they would surely come the next Sunday to find out more about the fun I had when I was small during my summer vacation.

When they left, I was thinking that the kids of today are also open to have fun just like we had, they only need to be exposed to the fun.

So, my dear friends please do tell me what all you did in summer so I can add your stories to mine and tell them when they come back next Sunday.

Image source: a still from the trailer of Notebook 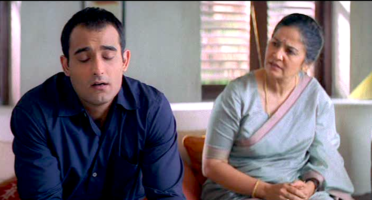