Maya was born on April 4th, 1928 in San Francisco to Bailey Johnson (a navy dietitian and a doorman) and Vivian Baxter (card dealer and nurse). Maya’s name was Marguerite Annie Johnson, but her brother would fondly call her Mya, and she heralded that name.

Maya’s life is an inspiration to people around the world. On her death, everywhere people echoed her poems as everyone felt they could relate to her deep throbbed emotions. “A bird does not sing because it has an answer, it sings because it has song” said Maya. Like the smile which hides the gruesome pains, Maya too hid her grisly troubles from everyone. She strove to help others compassionately.

At an age of a mere three years, in a time when racial discrimination was at its peak, Maya and her brothers (who were aged 4) traveled alone by train to live with their grandmother at Stamps. Racial discrimination caused hard times in the family which led Maya to go live with her grandmother, who had a general commodities store that thrived in these hardships. Maya learnt the candid and strong bonds of brotherhood of the traditional African American community.

When they came back, Maya was just seven, when she was abused by her mother’s boyfriend, who was later killed by her uncles in revenge. After that Maya became mute for a period of five years. She felt that since she had disclosed his name, he was killed. Even though he had harmed her, it the killing, along with the already existing trauma of the abuse, affected her deeply.

Maya learnt to listen to the world during the time she was mute. This was the making of a woman who later became a cook, poet, novelist, actress, dramatist, civil rights campaigner, and a plethora more of renowned qualities added to her name.

Maya used to sleep in a garage with other orphan children when she was a teenager. She gave birth to a son when she was in college. To help raise her son, Maya started working as a cook, a night dancer, street car ticket collector and a paint remover. Miss Calypso, the music album, was later composed to include Maya’s successful stint as a calypso dancer at the night club. Her super efficient cooking skills later led to cook high toned food and home cooked meals for many a guest several times a year.

A reader and writer

Maya was an avid reader of books by Shakespeare and Dickens amongst others and her earnest passion for dancing, led her to go on tour to Europe with the opera Porgy and Bess. She took extra effort to learn the native languages of all the places she visited. She easily bonded with everyone because of her extremely friendly nature. Her ‘Cabaret for Freedom’ was her Off Broadway performance in New York.

She became as a writer for the Arab Observer in Egypt during tumultuous times. She had said “I make writing as much a part of my life as I do eating or listening to music.” After meeting Malcolm X, she felt the need to do something creditable and constructive for her brothers who were struggling with racial discrimination in USA. She joined Martin Luther King Jr in the fight for freedom for African Americans.

Maya Angelou advocated in living life gracefully. Maya always covered her head when sleeping as she felt her brain might crawl down and run away.

She has several accolades to her name, like being the first black woman to write for a Swedish production called “Georgia, Georgia”, won the Presidential Medal of Freedom from President Obama in 2011, nominated for the Pulitzer award for Just Give Me A Cool Drink of Water ‘fore I Dillie, National Medal of Arts, more than fifty honorary titles, and three Grammy awards.

Maya truthfully said “If you don’t like something, change it. It you can’t change it, change your attitude.” 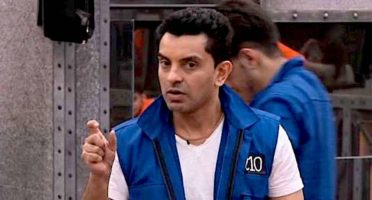