Tritha Sinha and Ritika Singh create music about gender issues in India, and their new, gut-wrenching video 'Zindagi Bitani (A life spent...)' is about forced marriages and honour killing.

Tritha Sinha and Ritika Singh create music about gender issues in India, and their new, gut-wrenching video ‘Zindagi Bitani (A life spent…)’ is about forced marriages and honour killing.

SPACE, curated by Tritha Sinha and Ritika Singh, is a performance based musical outfit. Their songs are multi-genre, fun and colourful, with underlying messages of gender justice and equality.

I met Ritika and Tritha for the first time about a couple of years back in Delhi. We were meeting to discuss a possible collaboration on a music video for their song Zindagi Bitani (‘A life spent…’). We talked about budgetary issues, problems with traveling to Punjab for a one-day shoot, and struggled to find even a single day over the next few weeks when we could all be available at the same time.

As we wrapped up the meeting, I wasn’t sure if it was going to work out. There were just too many variables. With a big smile on her face, Tritha turned to me and said, “I have a feeling this is going to be great.” I was taken by surprise. It turned out that she was right.

How SPACE was created

Trusting their instinct is a big part of Tritha and Ritika’s creative work, and it serves them well. Both of them are childhood friends from Kolkata. Growing up, they sang together in school festivals. Ritika tells me, “Tritha was already quite a star singer in school and I always had a big passion for music. We talked about having a band together right from school days and even envisioned that it will be called ‘Two Alone’. Years later, just after college, we reconnected. Tritha was already pursuing music. I got into the theatre quite a bit and developed a love for stage around that time. We started to meet up and jam and found ourselves vibing a lot. We decided to create this musical project in a very organic way and that’s how SPACE was born.”

Starting out, they were not sure where the partnership would lead. Over time, they noticed a pattern emerging in the kinds of lyrics they were writing – the songs became less about love and more about the plight of women. Responding to stories they heard from their friends, their domestic help, and other women around them, they started writing about domestic violence, sexual abuse, forced marriage, and even PMS.

Ritika recounts the evolution. “We realised how much these things actually affect us and how little importance it is given in a predominantly patriarchal society. Later, we moved our objective from women empowerment to gender equality when we realised that in order to empower women, we have to first give them an equal status.” Tritha adds, “We saw our mothers suffering from this in spite of their best selfless contributions and intentions for family and society. As artists we wanted to express it. After eight years of existence, we came up with a meaningful acronym for SPACE – Stop Patriarchy and Choose Equality.”

Watching these two front-women of SPACE perform together is a treat. They could not be more different from each other and yet they bring a unique sense of harmony to the stage. Tritha, with her classically trained soulful voice, and Ritika, with her English raps and bold characters and costumes, bring together what seems like the timeless dichotomy between the traditional and the modern. “I totally use stage as my platform for venting”, says Ritika, “It’s like a satisfying session of kickboxing! It comes out in the way I deliver a song, and also in the way I dress. I also like the idea of provoking the audience, whenever I can get away with it. People can be very judgemental and sometimes they take stuff personally.” Tritha tells me, “Till a while back, I was always expected to look pretty on stage. Now I try to do what I feel, and usually people accept and celebrate the brutal honesty.”

Both Ritika and Tritha seem to thrive in the collaborative process. They are both involved with various other creative ventures and easily traverse different genres, modes of expression, cultures and continents.

Tritha says, “Collaborations are my way of indulging in different musical universes apart from mine. Juggling between various collaborative projects is something I have adapted to as an independent artist. At the moment, I teach, do workshops and perform with my Indo-French bands apart from SPACE. Tritha Electric reaches out to youth and rock loving audience, while Tritha & Martin reaches out to audience who loves world music and believes in sound as healing. SPACE expresses my responsibility as a woman in this society, using music and performing arts as a medium of expression”. Ritika adds, “The Lock Inn is my newest baby which I have started with my partner Stefan as part of our event and artist management set-up called Stiff Kittens Inc. Here people can access the less mainstream acts in an intimate setting. It could be movie screenings, stand-up, live music or dance. When it comes to performances, I am able to explore different characters through other projects I am involved with. Pushing boundaries through their music interests them greatly. They tell me about their plans to do more practical and workshop oriented programmes alongside performances in the coming months. “The idea has been to spread awareness through music and provoke thought about equality across genders through our performances”, says Ritika.

During the filming of their song Zindagi Bitani, it was a pleasure to witness Tritha and Ritika connect with the women we were shooting with in rural Haryana. During short breaks, both of them would sit with the group of women, ask them about their lives, tell them about the importance of taking care of their health, and even teach them exercises. Tritha says, “It was special because we were doing it in the state of Haryana where patriarchy is very strong, honour killings are very prevalent. I felt we were actually going to the core area of the problem. We wanted to help and inspire the women as much as we could in that short period of time – to be free, to smile and take care of themselves, not only of their families and husbands.”

Ritika tells me, “It felt like what we had been seeing in the movies was coming alive – no woman would dare take a decision without the go ahead from the man of the family, the teenage girls were scared to dance with us lest they will be seen on television, the women promptly covered their heads just upon seeing the shadow of a man. Everything matched so well with the message of our song.”

As the summer comes to an end, both of them take off in different directions, only to come together as SPACE in a few months’ time. Tritha has left for her annual trip to Europe where she tours with her Indo-French bands and teaches Indian classical music, music meditation and healing. Ritika is busy with her other projects, and has also recently become a mother. When I ask her about this new adventure, she says, “It still seems very new. If anything, it is bringing about a more responsible Ritika in me. I wish to be doing more and more interesting work in the coming years. It might get quite taxing to start with, but I am hopeful that this will only have a positive effect in the long run.”

SPACE premiered the video of Zindagi Bitani at the Indie Art Week 2017 in New Delhi. They have performed at the One Billion Rising movement in Delhi (organized by Jagori) and in Ahmedabad (organized by Mallika Sarabhai, dancer and activist), and had 20,000 women dancing to their tunes.

‘Zindagi Bitani‘ (A life spent…) is a song that addresses the problem of forced arranged marriages and honour killings in India. The story follows a wedding in a village nearby where everyone is in a celebratory mood because the daughter of one of the families is getting married. The bride-to-be seems distressed because she is being forced to spend her life with a complete stranger! 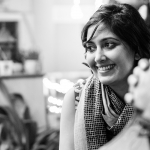 Surbhi Dewan is an independent filmmaker & creative producer at Painted Tree Pictures, a media communication company in New Delhi. She has recently directed & produced 'Daughter Of Nepal' - a portrait of a young revolutionary in Nepal. read more... 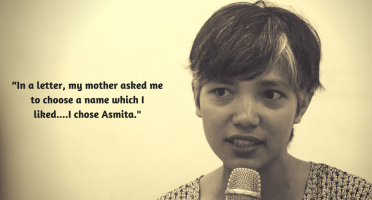 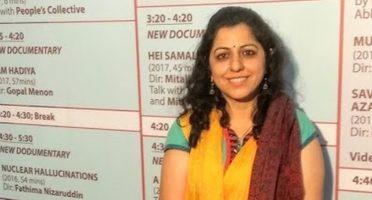