Get married, and a woman is promptly asked when the ‘good news’ is going to be! But a woman is more than her womb, and has the right to decide when she wants a child. A witty look at this.

“So beta give us some good news! We are waiting!”

“Oh I didn’t know that. Alright I’ll give you the good news. Well for one thing the BJP has won in U.P, so that’s good for those politically aligned with them. Then, I quit my job and started my own practice and its going fairly well. Also it has snowed in the mountains somewhere so we too are having decent weather, for summer anyway.”

“No I meant your husband’s good news…”

“Oh why didn’t you say so? Well his commute to work has drastically reduced and he now has a work from home option so we will be shifting to a cheaper place now that we don’t need to be close to his workplace.”

“No beta I meant about the baby.”

“BABY? What baby? Whose baby?”

“Your husband and yours?”

“When will I have one? I suppose when I wish to. Why is it ​you​ are so concerned?”

“Well I suggest you not to stay in such suspense. When there is a baby, believe me you will know, everyone will.”

That aunt never called me again.

She never bothered me with respect to her familial expectations from the bahu of the house.

I suppose word spread, because, neither did anyone else.

The harried couple who is ‘trying to conceive’!

“Doctor we have been trying for so long still we are not getting positive result. What is the problem?”

“For how long have you been trying?”

“Well 3 months isn’t actually as long as you think. It takes a normal couple up to one year to conceive. if you are older, then you should consult after 6 months, but you guys are young.”

“Oh. what is the problem? Is there any problem with us?”

“No… from your history I don’t think you need to get into the cycle of infertility treatment. I hope you don’t have to.”

“But then what is the reason?”

“There is no reason. Can you imagine what would happen to the population if every woman who had unprotected sex every month became pregnant? Think of it as mother nature’s way of population control, ineffective as it seems.”

On a daily basis I speak to and guide several patients who are sub fertile and several who think ​​they are sub fertile because they have been trying since 2-3 months and have not yet conceived. Society has convinced the latter that they have a problem because someone else conceived the very first or​ indeed second time they tried. ​It doesn’t seem to matter that , when no five fingers are alike then, how can two different women be so?

Having a baby will ‘complete your life’ dictum!

I watched a relative try to subdue her kicking, screaming and tantrum throwing kid, who was acting like that for no reason we could make sense of. So, she did what she usually did and gave him a slap. It startled him enough to stop the tantrum for a minute and go running for consolation to his grandma.

Wiping the sweat of her brow, the relative asked me, “So when are you having a baby, it will complete your life. Do it soon we are all waiting.”

I politely nodded, and thought- Oh yeah I’m hopping on that slapping screaming whacking bandwagon right now. You’re just the perfect example of what my life is missing- Violence and a whole movie theatre audience cursing me!

The wife who is ‘problematic’ and infertile !

Usually sub fertile patients consult as a couple. I would like to maintain that it is always the wife who is visibly upset and stressed out by societal pressure. Husbands can get upset, but it is usually because their wife is so, too and not as a direct result of cross questioning by overly concerned people, or by suggestions that he should probably get tested or something.

In other instances, it is the mother-in-law or sister-in-law who brings the woman considered to be ‘problematic’ and they insist nothing is the matter with their son/brother. How do you know that, I ask? To which they have no intelligent comment to offer. The husband needs testing every bit as much as the wife. I need to ask them both personal questions and I cannot do so in your presence. Next time send her husband with her.

Women, you are more than your womb!

I am especially stunned when highly qualified, educated, professional women are reduced to tears because of people’s insensitive comments about their life choices or fertility. With all due respect to women not a part of the workforce (excluding self-employed), the former category of women is financially independent. They don’t have to explain themselves to all and sundry and can and must, I feel, speak their mind. Their reproductive choices are between them and their husband and not between the woman alone and anyone who please to pass comments. It is an exceedingly private and delicate matter. Why put up with it at all? Why shed your precious tears over the comments of people who don’t know better and who in all likelihood need a job or a hobby to occupy themselves.

‘My family has expectations’

Here is the thing though.

Your family cannot have expectations from anyone other than themselves. That’s it.

Ladies- Whatever your education or qualification, or lack thereof, remember no one​ ​ has the right to make you feel you are obligated to them, that their life and happiness depends on your personal choices or that you are lesser than anyone, who has managed to produce an offspring. You are pretty awesome just the way you are. Never let anyone tell you otherwise. Never let anyone put you down.

If they don’t stop, tell them politely but firmly, to shut it down. Believe me when I tell you, it will not only be a load off your mind and you will find yourself breathing easier than before, but in addition it will also start a chain reaction, following which no one will question you again.

An environment of stress is not conducive to conception. This is not a rule, per se, but an informal observation. It explains why couples who adopt kids find themselves with a load off their mind and conceive on their own when past intensive treatments have failed.

Even if you are trying to conceive, do not make your entire life revolve around it. Continue to work, pursue your interests, enjoy yourself, travel, exercise…have fun. Live your life like it is complete because it is perfect as it is now and if and when you have a baby it will be just as great then. If you start to obsess every time your periods come, or feel overwhelmed, do consult a psychologist to help you deal with this and channel the negative energy in a manner healthy to your overall being.

Husbands, please stand by your partners!

Gentlemen, husbands to these troubled wives, I have seen you upset. I have seen you support your wife when you are in the clinic and she is crying. One gentle suggestion I can offer is to support her unequivocally at home, in front of the people who say these things to upset her. They may not say these things in your presence but rest assured, it is quite probable they are being said nonetheless.

Often it so happens, that people don’t really have the courage to question the husband, maybe because you are a man and also because you would not tolerate it. Do not tolerate it on your wife’s behalf as well. Maybe she doesn’t have it in her at present to answer back for herself, so it would be extremely helpful if you could. Maybe she doesn’t want to offend even deserving members because they belong to your family and so directly or indirectly she doesn’t want to offend you or put you in a position where people complain about her to you. Respect that too please. Everyone needs someone to have his/her back. Be there by her side, always​ ​.

It will make all the difference in your worlds. 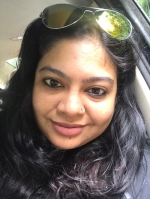 Very feminist gynecologist. Cannot do without coffee and dogs. Bibliophile. Apart from seeing patients, most