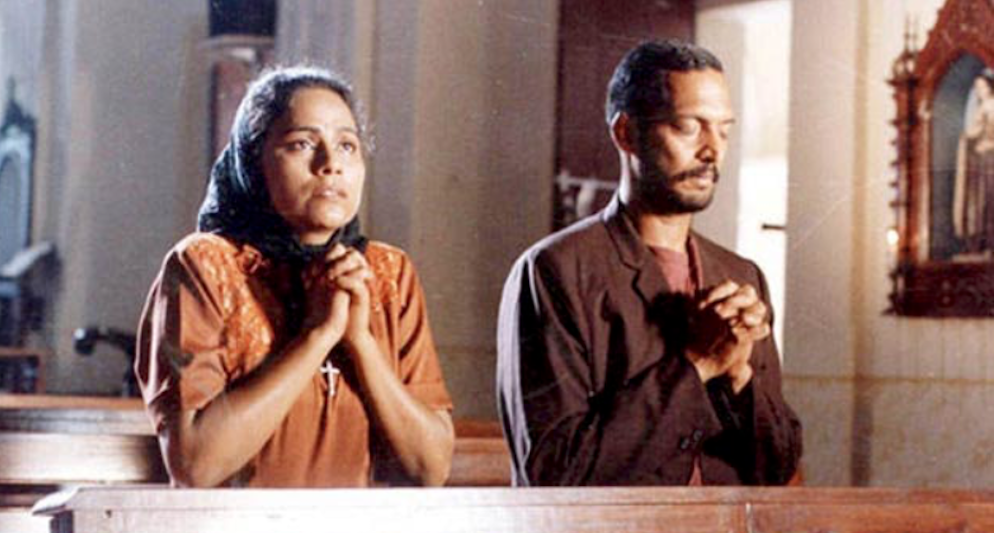 These 8 Films With Unconventional Families Are A Delight To Watch. Get Started With These…

Fed up of gajar ka halwa feeding mummyjis, autocratic babujis, and their anodyne children? This list of unconventional families in Indian movies presents you with some unusual choices.

They say, ‘Home is where the heart is.’ Well, the heart is usually where one’s family is. My maternal grandparents played a huge role in raising me and I have always considered their place my home because that’s where my heart always was (and I was there more often than was considered ‘normal’ too) despite my parents shifting from house to house quite often.

But where is the space for that sort of thing when the word ‘family’ typically brings to mind a stereotypical image of a mother, a father, two biological children, and maybe a grandparent or two? Of course, my family was hardly extremely unconventional but it still managed to surprise quite a few people. Imagine the plight of those with families that are very different from the expected norms. They must get a lot of flak.

Western media seems to be improving when it comes to depicting different kinds of families. Case in point, the brilliant Modern Family. As far as Indian media goes, most of the serials spend a lot of time depicting the most stereotypical of families – huge joint families with mothers-in-law and their husbands and daughters-in-law and their husbands and all of their children (the women are usually the main characters, they are either pure evil or pure goodness) living together in a huge mansion.

The movies are often no better. For example, we have the Tamil movie Priyasakhi. The film has the ‘modern’ female protagonist and her ‘partier’ mother learn that their ways are wrong by the end – the heroine wants to get an abortion at first and her mother supports her, she also doesn’t want to live in a joint family. This leads to a conflict with her husband and she applies for divorce. At the climax of the film though, she has realised that a woman’s place is always with her husband and his family. All hope is not lost though – some Indian films have broken the barriers and showed some unconventional families that are every way as ‘real’ as the ‘normal’ ones we expect.

On the International Day Of Families (15th May), here are some unconventional families in films you will like watching.

A girl finds out that she is adopted on her ninth birthday and expresses her desire to meet her biological mother. Her relationship with her adopted parents turns rocky, especially with her mother. They return to her war-ridden homeland – Sri Lanka – in search of her biological mother. This Tamil film made by Mani Ratnam and starring P. S. Keerthana, Simran, and Madhavan manages to navigate the child’s relationship with both her biological and adopted families beautifully without judging either of them. A tale told with sensitivity, this movie is a must-watch!

A Tamil movie – co-written and directed by Gautam Menon and featuring Ajith Kumar, Trisha Krishnan, and Anushka Shetty – that is basically a neo-noir action thriller, Yennai Arindhaal slips in a heart-warming story of a father and daughter that is a big component of the main plot. The protagonist of the film looks after his late fiancé’s daughter, who then starts thinking of him as her dad. (The fiancé happens to be divorced, breaking the stereotype of the unmarried virgin heroine that is seen most often in Tamil films). Single dads are not commonly portrayed in media due to the ‘women are carers’ cliché. They spend a whole lot of time just travelling which is quite different too. Overall, this film does a lot in terms of challenging the standard idea of the ‘ideal Indian family’.

Sanjay Leela Bhansali is a well-known director but this is one of his less popular Hindi films, which is a pity because it treated taboo subjects with great empathy. Starring Nana Patekar, Manisha Koirala, Salman Khan, Seema Biswas, and Helen, this film is the story of a deaf and mute couple which is not something that is represented frequently in Indian cinema. The couple is shown in a positive light but not with unnecessary sympathy which is even rarer. But that’s not the only good thing about this film – there is also an unmarried woman who gets pregnant and an interreligious marriage. The death of a son and how it affects the other family members is also explored properly. All of these plot points create obstacles, but the climax brings acceptance with it and that’s the most important part. How family can never stop being family no matter what.

Starring Nandita Das and Shabana Azmi, Fire is absolutely revolutionary in terms of breaking out of heteronormative stereotypes that are enforced on relationships in this country! Deepa Mehta starts by portraying a ‘normal’ Indian family before sinking her teeth into the topic and introducing a game-changing relationship. Two frustrated sisters-in-law overcome their timidity and find solace in each other’s arms. They eventually leave their husbands having become each others’ lovers and family. This Hindi film sparked a debate on homosexuality and freedom of speech and got people to engage with these subjects instead of looking away from them.

Featuring Padmapriya, Geethu Mohandas, Manju Pillai, and Nandita Das in the major roles and directed by Adoor Gopalakrishnan, this Malayalam movie narrates the stories of four different women who all have some sort of ‘different’ family life. One woman is a sex worker whose marriage is not legally valid; another is a virgin whose husband abandons her (she has also helped run her household from a young age breaking the male bread-winner stereotype), the third is a childless housewife who is looked down upon because she cannot conceive, and the last is a spinster whose sister accuses her of having an affair with her husband. The endings to all these stories might not be happy, but none of the protagonists are ever judged and they are all shown as really strong. And the spinster’s tale teaches us one of the biggest lessons – sometimes, you are your only family and that’s enough. One person can make a family, you are your own support system.

This is a full-on stereotypical commercial Telugu film directed by Trivikram Srinivas and starring Pawan Kalyan. In short, it’s not a film that you would expect to break any societal norms. Yet, it does. The film portrays the bond between a stepmother and stepson magnificently! The evil stepmother cliché is one that we’ve heard since the days of Cinderella and it’s been repeated to us over and over. So, it’s extremely refreshing to see a film that shows a stepmother in a positive light and a conflict-free relationship between her and her stepson.

Directed by Jahnu Barua, and starring Rupam Chetia and Jupitora Bhuyan, this Assamese film portrays an unconventional family structure right off the bat – the hero lives alone with his grandmother. He also ends up marrying a Muslim girl who doesn’t have a caste. And he helps a widowed Brahmin lady elope with her lover against the wishes of her father. He questions the social evils that are part of the expected family life of Indian society. The relationships in this film are an uncommon sight in visible Indian society and it does its bit by pulling them to the forefront.

Tillotama Shome delivers in this tragic Punjabi film made by Anup Singh. Arguably depicting the most ‘strange’ family of all the ones on this list, Qissa has its female protagonist unaware that she is a woman. She is raised by a dominating father who is so obsessed with having a son that he pretends that she is one and she believes it. This results in her being married to her ‘wife’ and the evolving relationship between woman and woman is shown amazingly well! How difficult it must be to remain family when you discover that someone you love is not who you thought they were! The two women go from being a couple to being affectionate ‘sisters’ as one woman helps the other rediscover her own identity as a woman. At one point, they live alone, away from their traditional family and they become a family all by themselves. It is an awesome movie that examines not only a woman’s relationship with others but also with herself and that makes it even better.

That’s my list of films to watch if you’re tired of watching the same old family structure in all of Indian media. Happy International Day of Families! Go show your family you love them no matter how ‘weird’ they are!

Image is a scene from the movie Khamoshi

Unpaid Care Work : Are Women Getting A Raw Deal?