The Curious Case Of The Unbelievable TV Serials Today!

Barring a couple, TV serials today really need you to suspend your disbelief. What happened to the kind of serials that showed real people? 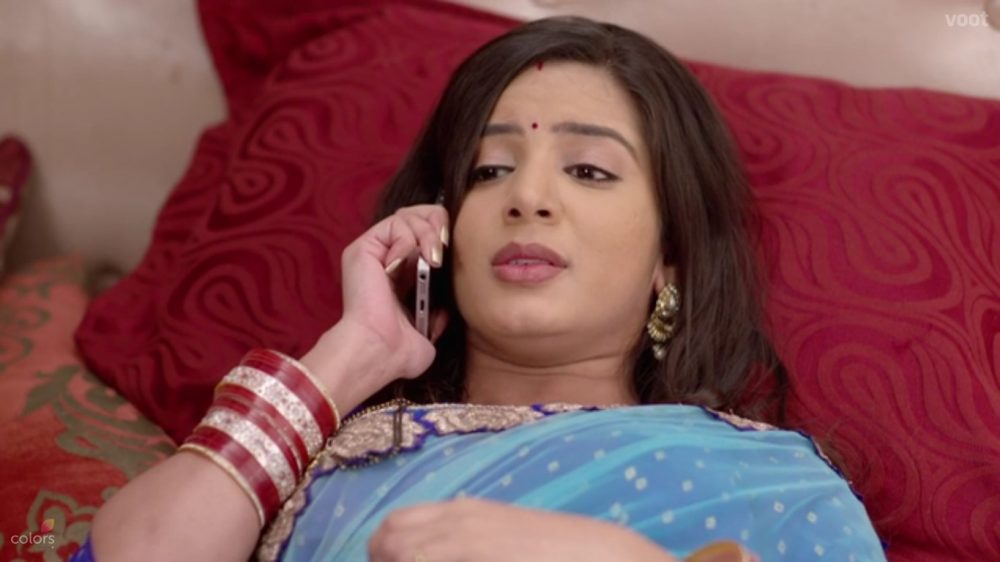 Barring a couple, TV serials today really need you to suspend your disbelief. What happened to the kind of serials that showed real people?

I am so relieved that I got married at a time when a certain Czar was not reigning the small screen. Had it been the case, I would have had jitters till the marriage was solemnized and I had ensured that I was married to the right guy. (Don’t we know now, that there is an immense possibility of the bride or the groom getting married to a close friend or a sibling instead of the original person?)

However, I have to confess that the serials of the current times might have been of great help to the novices back then. In the mid or late 90’s, being a virgin at the time of marriage was not considered a crime or being uncool. So apprehensions in the minds of the young married couples were pretty normal. The serials now use a bare it all approach (literally). Such a visual tutorial would certainly have made lives of the newlyweds quite easy.

Besides, the serials in those days were not filled with extra marital affairs or relatives vying for each other’s blood for property or revenge. They were quite insipid and not juicy with such scandalous alliances.

People used to laugh heartily to the straightforward humour of shows like Nukkad or Yeh Jo Hai Zindagi and the political satire of Jaspal Bhatti in Ulta Pulta. There were serials like Subah that depicted the problem of drug addiction in the society and Wagle Ki Duniya, which highlighted the everyday struggles of the common man.

Most of the serials in those days had a public message to it. Those serials were more close to reality and the writers then didn’t use the incredible levels of imagination like their current day counterparts. Those serials were devoid of the excitement of women plotting against women, a person having countless marriages in one life and countless children too.

In the serials today, the concept of staying married to just one person through the entire script is as alien as the concept of nude beaches in India. Oh, how can we forget the demons, witches, snakes and apes that are also a part of the serial cast, who are capable enough of plotting revenge against the humans?  While the scientists of our country send satellites to Mars, these serial writers expect us to be gullible enough to believe such stories.

The characters of those serials used to dress up just like the next door neighbour. Remember Rajni or the female characters of Hum Log and Buniyaad? There was no heavy make-up or unusual bindis and hairstyles. One could barely get inspired by these characters.

On the other hand, look at the current serials. It would not be wrong to say that today’s characters are an inspiration to those who aspire to grandiose ideas, or at least their dressing is. Such grandeur is depicted in these shows, be it costumes or homes or celebrations, nothing at all like the next door neighbour of yore. In fact cosmetic companies can stop spending so much money on the promotions of their products. The women in today’s serials have their make up on even in their sleep – what better proof does anybody need, of how long the effects of these cosmetics last? Seriously, make up even while sleeping. Give us a break.

Having said that, though the majority of these serials have an excess of family melodrama, there are certain serials which talk about the return of war heroes or the medical fraternity. There are also a couple of comedy shows and talent shows which are a welcome change. They are different from the run of the mill mother in law, daughter in law stories and closer to reality than most of the serials. These shows give the much- needed break from the extreme imagination of the other serials. Though these programs too may have their own drawbacks and it may seem that I am a bit biased about them, they still seem logical. I am not an avid TV viewer, hence my views may not necessarily be agreed upon by the TV serial loyalists.

But, it is sad that the senior citizens and women folk of the rural and urban India, for whom television is a major source of entertainment, are made to watch stuff which is so far fledged from reality. The writers or the creators of the serials, in a bid to increase the TRPs, just about show anything, bereft of logic.

Barring a couple of programs, most of them churn out the same old stories albeit with some minor changes and in some cases, scripts from old movies are recreated into mega episodes. Wish there could be some better quality of story writing in our serials rather than all the illogical stuff that is being shown. Wish the ‘creative writers’ of these serials actually got a bit creative with their writing and stopped assuming that viewers would tolerate any crap that was being served out to them. I have no grievances against the writers particularly, but only against the quality of the content of these serials. Wish there could be simpler and straightforward stories that really have a positive impact on our lives and the society at large.

When will all this change?