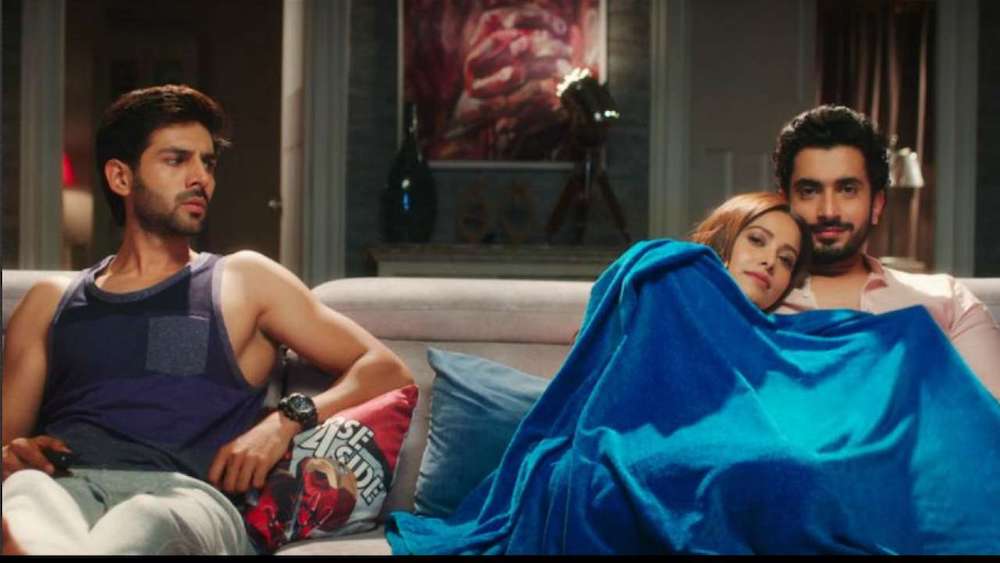 Wives have traditionally been put second by husbands, after their in laws and his extended family, and now after a bromance too?

Year 2011:  A movie titled ‘Pyaar ka punchnama’ had released. After watching it, I had told a male friend how I did not like the portrayal of women.

“Why don’t you protest when all movies show men as villains? Haan? This movie shows the reality of women!”

At that moment I knew that this was not just a movie. It was the Mughal-e-azam of the man-o-sphere. It would become a legend of the modern day Indian man who suffers from the atrocities committed by the modern day woman, to be celebrated by generations.

There is obviously a market for such humor which pleases both, the male and female audience, proven by the director’s hattrick on the same subject and same cast as ‘Sonu ke Titu Ki Sweety’. I have not watched it because I wanted to save myself three hours of cringe. But I have read a very telling article on it, in a leading daily.

To me this movie was a dim-witted tribute to misogyny. Apparently, it is much more! It is an ode to the loss of friendship in the lives of poor men who take the plunge of marriage (read phaasi ka phanda)!

Quoting from the article: “In the film Sonu Ke Titu Ki Sweety, two straight young men who share a deep friendship, have to deal with the inevitable intrusion of a beautiful girl.”

What happens to men’s friendship after marriage?

Well, you see men make a lot of sacrifice after marriage. Their space, friendships and freedom is completely destroyed. You thought you have to make a sacrifice by leaving your family, hometown, job etc. to live with him and his family, and by becoming the prime caretaker of a bunch of strangers? Don’t be silly, you Chalu woman!

Cooking, cleaning, and adapting to the eating and sleeping habits of your in-laws should have come naturally to you with your XX chromosomes. It is the men who are the true victims of this paradigm shift in their lifestyle! Let us see how.

They cannot live with their male roommates anymore!

In this abominable movie, Sonu and Titu lived together. They had a carefree (unhygienic) home. When moron Titu initially talks about marriage, wise Sony suggests that he can instead get a new cook or maid!

Why else do you need a woman! To cook and clean right? If you can manage that with a washing machine or a bai then is it really worth it? A woman intruding your life when you could spend another 30-40 years of your life living with an adult male watching sports while sipping beer?

No more masti and aiyashi!

How dare I say that men marry to get warm, home cooked food? That a cook can also do!

They marry for sex! And you know how much they miss out by being subjected to ONE woman all their life? Most men are studs you see! They have so many gorgeous girls throwing themselves at them! They can probably find a new woman each day despite our skewed up sex ratio! And how can you forget the bachelor trips to Amsterdam and Bangkok where  they have the option to have paid sex once a year?

The wife will make the husband give up the things he loves – cigarettes, alcohol, oil etc. What other purpose does she possibly serve? A free rehab facility that he can crib about!

Quoting from the same article “A typical married man, especially if he has children, has lost most of his male friends. And he is usually not allowed girlfriends.”

I wonder why women don’t complain about having ‘lost’ their friends and not being allowed to have ‘boy friends’ after having children? Probably because they complain about silly things like stitches from childbirth, sore nipples, postpartum depression, and maternity leave!

The Bizzare Expectations of the Indian Man and his Best Friend

The following examples are of people I know. For the sake of simplicity I am calling them Sonu, Titu and Sweety – our prototypes of stupidity.

Sonu  and Titu were roommates. Sonu and Titu were inseparable. Titu got married to Sweety. Titu felt that it was unfair that poor Sonu should be made to find another house, and another roommate. Therefore, Sonu continued to live with Titu and Sweety for ONE year until he got an offshore assignment from work.

Sweety, the quintessential bride, had no objection to sharing the roof with another man! She did not find this set-up uncomfortable at all! In fact, she packed Sonu Bhaiya’s dabba with the same parathas with the same amount of ghee as she did  for hubby Titu!

Imagine: if instead of the husband’s friend, it was a male friend of the wife who lived together with them?

Example 2 – The girlfriend with a Jethani

Titu and Sweety were happy couple. Titu had a best friend, Sonu, who was like an elder brother to him. Sonu had recently got a girlfriend, Rinkie. Titu’s dream was for all four of them to be happily ever after.

Sonu and Titu liked to spend some ‘guy time’ alone, when they made their girlfriends hang out together as it was convenient. Sweety does not remember the last time she spent time with her own girl friends. When questioned by them, she joked that since Sonu is like a brother to her boyfriend, Rinkie will eventually be like a jethani to her. It is therefore of utmost importance for her to build a rapport with her!

The man’s friends being given priority is not uncommon even in romantic relationships. The girlfriend ends up hanging out with her boyfriend’s friends all the time. It is a given! In fact, his male friends are probably the only men she gets to interact with!

Sonu and Titu were roommates. Titu had a girlfriend, Sweety. Sonu was single. Sonu’s life revolved around his best friend and his girlfriend. Sweety even invited Sonu to her family gatherings along with Titu because she knew how empty his life was.  Sonu finally found an arranged marriage match for himself, Rinkie, a girl who left her hometown, family and job to move for the marriage.

After marriage, Sonu showed no interest in his wife. He was so used to hanging out with Sweety and Titu that he did not realize that he should maybe spend some time alone with his newly wed wife. He still liked to spend every waking moment of his life with Sweety and Titu.

Rinkie was nice to Titu and Sweety although it was obvious she did not find anything in common with them. Sonu’s fragile ego got hurt because he had expected Rinkie to be in love with Titu and Sweety, the way he has been for the past five years. Sonu complained to Titu that Rinkie was not too thrilled to hang out with them 24/ 7.  Titu was highly offended and told Sonu how evil his wife was. Sonu told his family that Rinkie is a very possessive woman. Sonu’s mother told Rinkie that she upset her Raja beta.

Sonu and Rinkie got divorced. Titu and Sweety stayed married and had a child. Sonu regretted ruining his marriage for his ex roommate.

In Western cultures, there is a concept that the partner comes first. It is someone you make a commitment to, to spend the rest of your life with. This is a lost concept in India.

For the husband the wife does not come first. His parents will come first! Duh!  I know they are all Shravan Kumars! Followed by the sisters, brothers, bhabhis, jijajis, bua jis, chachi, mamas. This is no news for us. We have made our peace with it. The unheard truth is that the man’s FRIENDS also come before the girl.

The pathetic concept of Bro before Hoe holds true. Sweety from the movie is put under scrunity for being possessive. But has anybody tried to understand why the heterosexual Sonu is so possessive about Titu?

Open letter to all Sonus and Titus

Dear men obessesed with yourself, and your male best friends:

Your wife married you. Not your village. I don’t care what your mothers tell you. She married only you. You want her to win the hearts of your friends, and then only she deserves your affection? Well guess what? They are strangers to her. She may like hanging out with them and that’s great. But if she doesn’t, it is okay too. Do you not tell her that you find her colleagues boring and that as long as you allow her to meet them, she should not ruin your weekend by subjecting you to the horror?

You are entitled to have that view. But please let it apply to her as well. Please do not say that marriage is about ‘doing everything together’. You will smother your spouse with that attitude. It is okay to have your own life and social circles. It does not necessarily mean that she finds your friends stupid and is therefore insulting your glass-like fragile ego. It just means that she is another individual with a brain and she may like to gel with people who are not necessarily connected to you.

You do not get to shame her for not fitting in your circles. It is YOUR job to make her feel included in your social circles. Not something she must earn by her dedicated efforts. If your friends do not like her, be a man and ask them to stay in their limits.

And if you do not know how to set boundaries, and your bunch of friends come before your spouse, then maybe marriage is not the best thing for you. You can consider it after 15-20 years when your best friends are no longer single to share your apartment. Hopefully you would have grown up by then.

The Modern Indian Woman Wants A More Equal Love. Is Her Man Ready?