Why Are Women And Girls In This Horrible Situation In India? Let’s Reason Out

We are all saturated with horrible news of brutal crime against women and girls in India. Can we think of why this is happening though?

I am not sure if it is only I who am scared to read the morning news from India or others too have similar emotions; whenever I open the link to one of the leading online news portals in India, I get chills running down my spine. I get thoroughly scared and am mentally disturbed for the whole day when I read the headlines about rapes and atrocities against women – I don’t dare to open the link for more details because I cannot muster the courage to look into details as to how men can cross all the limits humanly possible, to fulfill their selfish desires.

I have been thinking a lot about the reasons why nowadays we have seen an increase in number of rapes in India or what could be the reason that the male population of the country is hell bent on stooping to such low standards in life. It is really important for us to look into the reasons when we have identified a problem so that the solution can be built around those reasons. Just saying that we should empower the women or girls in India doesn’t seem to be solving this grave issue. I may not be the best judge for many reasons here but I can definitely pinpoint some, being a woman myself.

I recently read this article in the Washington Post about the skewed sex ratio of India and China, and feel this is definitely posing a great threat to the minority population in India: GIRLS. We have been blaming governments through generations for not implementing laws strong enough to curb sex selective abortions and female infanticide, but it’s always easy to blame others rather than look at yourself in mirror. Despite all the laws (weak/strong) in place, we still have the fifth worst gender ratio in the world- the reason is very simple and we all know our strong preference for boys over girls so that the family lineage can be carried forward.

Do bear in mind that this is the same Indian population that wants a girl in various other forms – As a wife for their son to fulfill his physical and emotional desires, as a daughter-in-law to take care of the boy’s family, as a mother – to reproduce and raise his kids, as a maid – to wash his clothes, clean the house and do his dirty dishes. But what they don’t want is a daughter – yes, this is where they want to get rid of the girl because she is a liability for the family and society at large.

We are sitting on a ticking time bomb in India – by 2031, India will have 936 females per 1,000 males, lower than the sex ratio in 1951 of 946 females per 1,000 males, the World Bank predicts (according to a report). We must individually take a call on this matter and bring some change around – otherwise the girls are bound to suffer, not matter how much we try to educate them or empower them. No laws can help us here if we are so inclined to get rid of the girl child in the first place.

We have this notion ingrained in our society that girls are weak and boys are strong in every aspect of life. In physical terms, there are differences in how the two sexes develop but that in no way gives one the right over the other, to think that one is powerful and the other weak. Change the way we think that only boys can support their parents in old age, that boy’s’ parents have an advantage over those of girls when it comes to matters of financial security. Women (if married) should earn and support their parents without any hesitation or needing to seek permission from the husband or his family. If men can have their parents in times of need at their house, then women can and should do that as well – after all, the woman is contributing equally in making the home. All these notions in the minds of most Indians, which discriminates between girls and boys are the reason that we still prefer boys over girls and in developing a society which is run and controlled by the male population only.

Have you ever thought what it would be like if girls and boys were raised equally despite their physical differences? Since the very beginning of childhood, there is a different set of rules for girls and for boys, there are ‘almost no rules’. The society sets standards for girls in every walk of life – dress properly, talk slowly, sit nicely, don’t drink or smoke, come home on time, behave yourself in public but all this is not relevant when you are raising a boy. Yes because, “Boys will be Boys”, whatever they do at home and in public – they have a shield, which is the society itself which comprises of parents, friends or relatives and other people who are witnessing the behavior in public. Can we do our bit to change the way we bring up our boys and girls? Tell the boys that they cannot just escape whenever they do something which reflects their so called ‘manhood’ at home or in public. Tell the girls that they cannot simply bow down and let the boys take advantage of their ‘womanhood’ – neither at home nor in public.

Highlighting girls as a commodity or just another pretty face/body

The media also has a very important role to play in changing the mindset of the society at large. I strongly feel that if we continuously keep portraying women as a commodity which is required to enhance the sale of a movie, a product or an idea then we are ourselves demeaning the whole purpose of womanhood. This is what the problem is with the way the women are perceived in society – as just another pretty face and body. We must stop promoting women as objects or as a product which has its value through sexuality only. Item songs in movies which have no relevance to the movie at all are only there to increase viewership among the male population but indirectly, they are promoting objectification of women and nothing else.

When women fail to support women…

I hate to highlight it as one of the reasons, but I feel this is true. How many times have we stood with a girl or woman who is being molested or harassed on the road? We need to be true to ourselves when answering this, because I have neither seen one nor done it myself. If someone is even trying to help another woman, we are stopped by others saying that that this is not your fight. See how far we have come now by not supporting each other that men have started taking us for granted and openly do things to us without any fear of repercussions. By not standing for one another in times of need at home and in public, we are giving the signal that no matter what, we will remain the weaker class in society in the future as well!

There may be multiple other factors which have resulted in the state where we are right now in India as far as women’s security is concerned but even if we are able to control the factors within our reach and change ourselves we can see some difference. I can turn a blind eye towards the news channels which are day in and day out running stories of atrocities on women and young girls but I can definitely not live peacefully because I know this danger is right in my own house, my neighbourhood, my school and my town/city.

Enough has been said and written about this already, it’s high time we start doing something at ground level; else we are just waiting to get hit in the face and then learn. 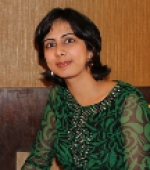 How Society Convinces Victims Of Sexual Assault To Stay Quiet