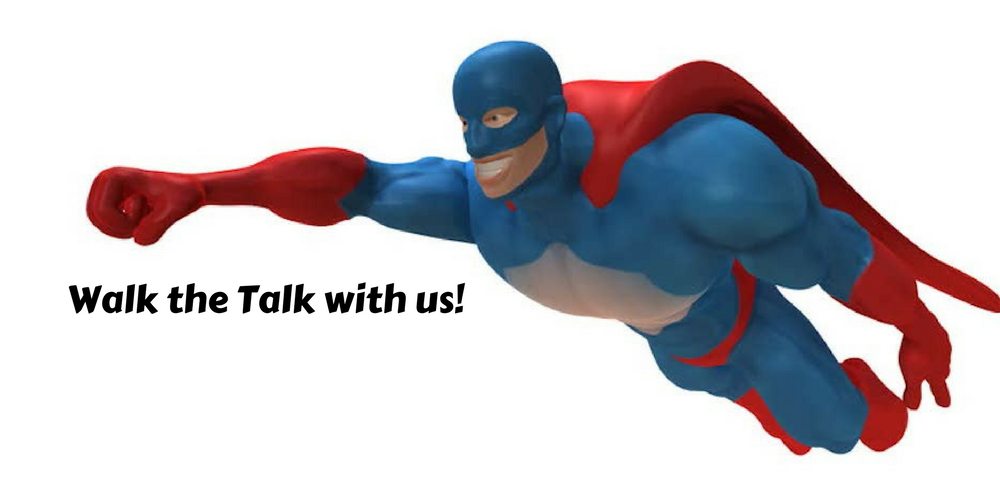 Calling All #FeministHeroes: Patriarchy Dehumanises Men Too! Speak Up For Feminism NOW

Dear men, we need the #FeministHeroes among you to lend your voice to the feminist movement to help eradicate gender inequality.

Hi to all the men out there!

Gender Inequality is a cause that needs your urgent attention. Will you wear your Cape and use your Unlimited Powers to help those in need? Will you become a #FeministHero?

Yes I know Women’s Day is over. But surprisingly the everyday struggle of being a woman isn’t. This is not a rant. It is a heartfelt appeal. Please don’t shake your head, be angry and most importantly, please don’t stop reading. Indifference is what got us here! It’s just one letter – slightly long – but I promise, one that you will find is not offensive to men, and may even seem logical at the end.

We know the word ‘Feminism’ comes with a lot of negative baggage.

In this very well-articulated TEDx talk, ‘Why we should all be Feminists’, Chimamanda Ngozi Adichie, a feminist from Lagos, Nigeria, speaks of how people think that ‘Feminists are unhappy women who are unhappy because they cannot find husbands’. At the end of the talk she has her own great definition – ‘A feminist is a man or a woman, who says – Yes, there is a problem with gender as it is today and we must fix it. We must do better.’

No! Women still don’t feel equal to men and hence the cause of gender inequality still needs a lot of attention.

Stand-up comedian Karunesh Talwar speaks on why some privileges are important only for women’s safety. Ok so some privileges and some rights – to vote, to work etc. – ok, we got those. But we need you to acknowledge and voice that disparity still exists!

Surely it also angers you to see the newspapers filled with stories of rape, female infanticide and honour killing?

Surely you are aware that a man, even a husband, should need the woman’s consent to touch her?

Surely you see that there are fewer women as compared to men in most companies and industries?

Surely you understand why we are asking for equal pay for equal work?

Surely you understand why it is wrong to ignore women in meetings, and resort to mansplaining! (In case you are not familiar with the term mansplaining, it’s ok…neither did Ranbir Kapoor!)

Surely you know the fact that PMS is a real issue and that our emotions do not make us crazy?

Surely you acknowledge that women, given the right education and opportunities and support, can go where no one has ever gone?

Surely you trust the women in your life to take the right decisions, and hence don’t need your permission for their pursuits?

Could it be that sometimes from your privileged position you just don’t see what the problem is?

Becoming a Feminist, having gender conversations and acknowledging your privileges will be difficult and uncomfortable but it is important.

Speaking in favour of Crèches or Maternity Leave may be slightly easier since it does not directly affect men, but the discussion of equal pay does. It is an uncomfortable discussion to have. But it should happen in every industry! And someone please initiate it ASAP on behalf of the other Indian Cricket Team, please!

The infamous Harvey Weinstein had funded a gender studies professorship, campaigned for Hilary Clinton and produced a documentary about sexual assault. And we all know he is not a Feminist!

According to journalist David Perry, it is not ok to say you’re a Feminist in “a ‘trust me I’m an ally’ to get entry/visibility elsewhere.” Instead, he proposed, call yourself a feminist “in male dominated spaces,” where it takes some courage, where it might make a difference.

When you see a panel of discussion with fewer women on it than men, point it out!

When you see a woman trying to say something and another man interrupts her, give her a chance to speak!

The Chicken and Egg Story: Men will benefit too

Women can’t do everything! There I said it! We need your help in the fight for equality! But there are stakes in this for you too.

Men, just as women have been following age-old gender norms.

Don’t you agree that if you had seen your father help your mother cook in kitchen, and seen other male relatives also share the household responsibilities, you would/could do the same? Women’s organisations like Jagori are working towards community-level gender training programmes for men to tackle the problem at the grass-root level.

In a TEDx talk, activist Kamla Bhasin speaks of how patriarchy dehumanises men leading to violence against women. “Men need to understand that till women are free, they won’t be free either, that they need to take the leadership in the fight against patriarchy to save their own humanity,” Bhasin said.

#FeministHeroes: A Big Shout Out to Men for doing their bit

Voices of men who are feminists do seem to reach further and help the cause.

We have campaigns, organizations and individuals who raise their voice against the gender disparity and big big round of applause for them. I have listed only a very few examples here. There are sure to be many more. Please feel free to share your own #FeministHero stories.

We have #HeForShe, a solidarity campaign for the advancement of women initiated by United Nations Women.

Closer home we have many organizations that work with men across India: Forum to Engage Men (FEM), Men’s Action for Equity (MAE), MAVA (Men Against Violence and Abuse) and MASVAW (Men’s Action for Stopping Violence Against Women).

Did you know that there have been many Pad Women, but it took Arunachalam Muruganantham and the movie based on his story starring Akshay Kumar to bring the topic to people’s drawing rooms.

When Aayushi Jagad and Sumedh Natu made a video questioning AIB’s Feminist stand and AIB acknowledged the issue. But AIB’s supporters abused and intimidated Aayushi and not Sumedh…in the middle of the road! Sumedh supported his friend and colleague in her time of distress!

I wanted to find Karunesh Talwar and hug him when I came across this video. Aditi Mittal spoke of a horrible incident of sexism at a discussion with fellow comedians Daniel Fernandes and Karunesh. She however refrained from taking his name. Karunesh did. Men out there… speak out, please! And here’s the thing… other men will also support you! So many men wrote glowing testimonials for Karunesh in the comments section of the video!

Walk the Talk with us

We don’t want ‘Convenient feminism”. We need you to really care.

Sketches, discussions and song parodies and ads highlighting these issues are nice. The fact that these are being made is commendable. But we need these efforts to continue beyond one day in a year.

So we want men to not only talk the talk but also walk the walk. If you are convinced about the cause, it’s not difficult at all!

All of you who think that if you propagate feminism you may not get a “good wife”, please watch this hilarious video of stand-up comedian Nidhi Goyal who says that if a “good wife” means someone who cooks, irons, washes, sweeps the floor, takes care of the husband, makes him comfortable, then she also wants a wife and not a husband!!

I would like to end my letter with a small request to each and every kind, lovely and masculine #FeministHero out there. Please take this oath with me (repeating Chimamanda’s words)- “Yes, there is a problem with gender as it is today and we must fix it. We must do better.” Please join us in our journey to a better world.

RSVP: To all the women you are close to!

P.S. If you are wondering why most of my article has references to comedians, well it’s because I am a Happy Feminist! Also because I think comedy is the best way to deal with tough topics. More power to them.

This is a slightly modified of version of the Letter that was first posted here on International Women’s Day 2018.

Like any other writer, I am always on the lookout for those golden words that

Since Feminism Isn’t Male Bashing Stop Saying ‘Not All Men’ Every Time You Hear The Word ‘Feminism’!