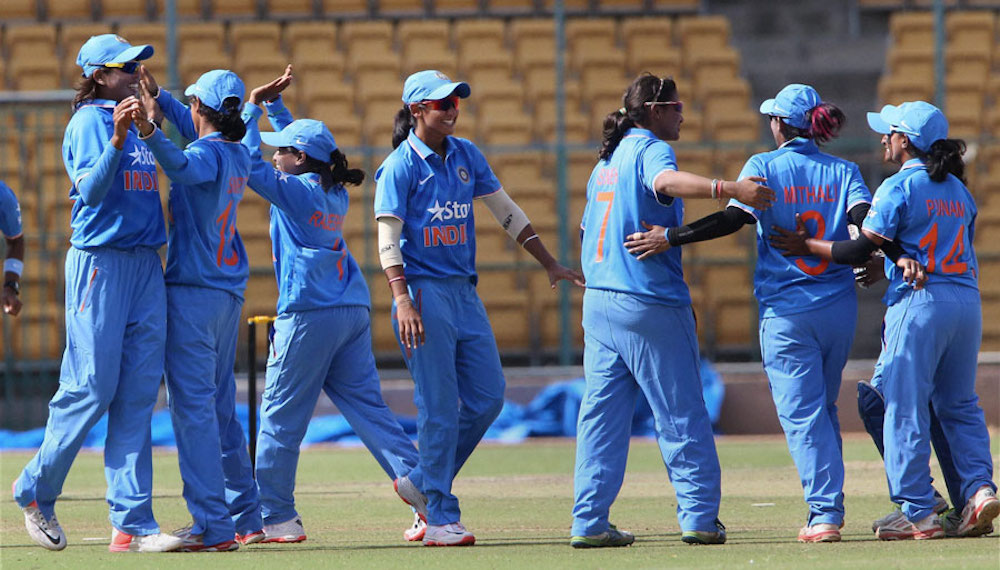 You Are The Winners Of Our Hearts, Indian Women’s Cricket Team!

The Indian women’s cricket team has proven that there is nothing impossible for women to achieve. Even if they lost the cup, playing the finals was no mean feat.

I am one of those extinct species who still believe in sleeping early, say by 10’o clock. It has been my routine forever; the self-discipline of sleeping early, on time; and I hardly ever compromise on this time. It doesn’t matter if there is any late night favorite show or any other programme; they do not take precedence over my essential sleep.

But yesterday was little different. My mission was not to retire to bed on time but to watch the Indian women’s cricket team playing in the World Cup Final. I wasn’t going to miss it for anything!

There was the time when I would follow most of Indian cricket matches. With the passing of time and relentless motherhood duties, spending long hours on screen got lost somewhere – a very common phenomenon with most Mums! But yesterday was different. I planned my day so that I would be free to watch for the entire 7 hours of the finals.

It was wonderful and so liberating to watch our Indian girls on the grounds of Lords with full zeal, enthusiasm, and determination to give their best against England. At some point while the match was going on, I heard some firecrackers bursting all around just like they do when there’s a men’s cricket match. It was a clear difference from the earlier apathy to women’s cricket, and I realized that the things have been changing for the better, where the world is cheering for them. Most of the people whom I know were engrossed on TV, having an eye on each ball and sharing the happiness.

In the end, the Indian women’s cricket team lost the match to England, but they were indeed the winners of our hearts. They all rocked, announcing to the world in a different manner, the strong presence of Women in cricket. Or one can say they all have proved that there is nothing impossible for women to achieve if they know what they want and can work towards it. Surely, they have made their mark in cricket, which has never been a girl’s territory, traditionally. Social media burst into a riot of updates, everyone obviously proud to declare that yes, we stand with the Indian women cricket team who is playing the World Cup Finals.

That was exhilarating, inspiring and motivating to all the women around who still fight for their rights on every single day. I just wish all women would dream high and put out their best to achieve without any fear, like our Indian women’s cricket team did. They are an example, sheer motivation for all of us – fierce, confident and standing against all odds.

I hope we get to watch many such achievements from our women around the world. There is no stopping for the go-getters and no one can stop their fortitude and perseverance to fulfill their dreams. The sky is the limit, let’s catch it!