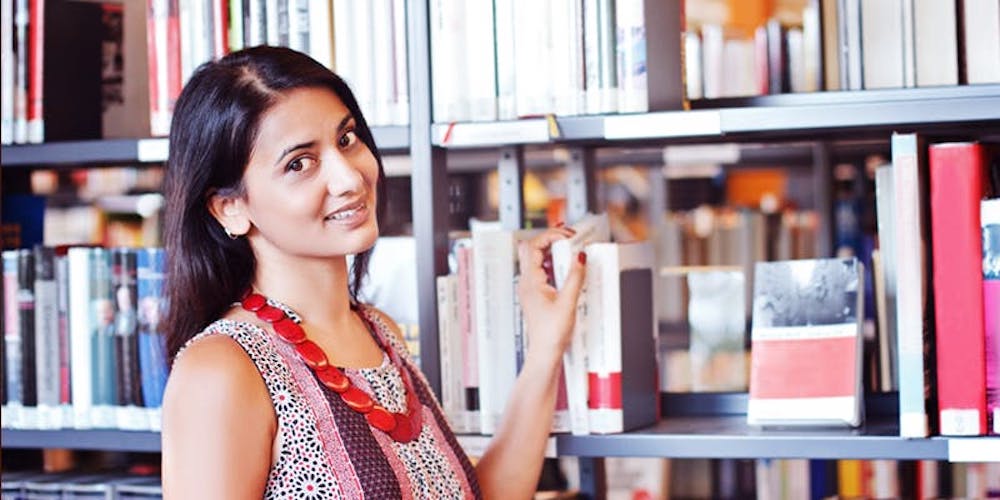 Books most Indians read are by popular Indian writers, by white (usually male) authors, or curriculum books. Shouldn’t there be some diversity in books that we read?

Diversity in what we read is not a popular conversation in India yet. A quick look through Flipkart and Amazon (where India buys its books online) reveals that the bestsellers in India are the usual suspects –books on engineering or competitive exams; books by foreign (largely white) authors, and books by popular authors like Preeti Shenoy, Durjoy Datta, Chetan Bhagat, Ashwin Sanghi, Amish Tripathi and others.

For most Indians, (except perhaps the most sincere bookworms who go looking for books away from the beaten track) this is the standard reading diet. To the best of my knowledge, these books follow a standard template with not much representation. So this is what gives me the starting point, the initial base from which to start looking for what is not easily seen.

I cannot begin to discuss diversity in Indian writing without acknowledging that it begins with the states.

Almost any other kind of diversity we find in India is filtered, though some extent by what state the person belongs to (for example a Muslim in Kerala may be quite different from a Muslim in Uttar Pradesh). Every state in India has its own unique personality, with striking differences in language, the style of dress, the food that is eaten and rituals that are followed. For a person from one state, moving to another state can feel a bit like moving to another country.

Add to this the large urban-rural divide, and the complexity increases. And where there are differences, there are stereotypes and prejudice. 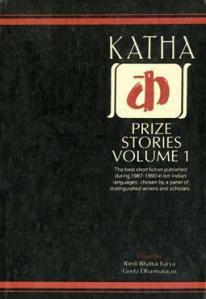 Perhaps most important is the linguistic diversity — India has 22 official languages (not to mention the various unofficial mother tongues and dialects which can take that number to the hundreds). Needless to say, the amount of literature produced in the regional languages is staggering, and inaccessible to people who do not read a particular language.

One way to get around that is to read translations, but that isn’t happening much.

Another is to make sure that we read books set in or by authors from different states. Even this is a struggle (for example, after watching the Malayalam movie Anarkali, which is set in the Lakshadweep, I was so taken by the beauty of these islands that I wanted to read some fiction set there, but wasn’t able to find any). Vicky at Books & Strips has been curating a WIP list of books set in different parts of India. It is a beginning, but also a reminder to explore regional literature more.

Casteism is unfortunately, alive and well. Sometimes it is very in-your-face; sometimes it is more subtle. Any discussion of caste however, seems to turn into a shouting match of accusations and counter accusations. This is why I think there is a desperate need for our voices in Dalit literature in the mainstream. Off the top of my mind, some authors who write fiction about caste and its complexities that I have read are Meena Kandasamy and Manu Joseph. I recently heard about, and am looking forward to reading Urmila Pawar. I have also found a goodreads list that has given me more recommendations. 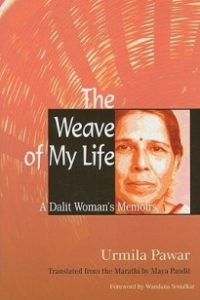 This is one category which is a huge reading gap for me. I was shocked to realize that I have read books by and about indigenous authors from other parts of the world but have completely missed out on reading anything by authors belonging to the numerous indigenous tribes–adivasis in India. I went searching and found Adivaani which is “a database of Adivasi writing for and by Adivasis”. And of course, goodreads has a list too! 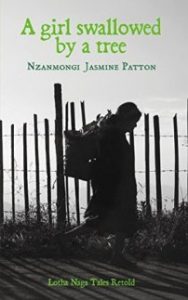 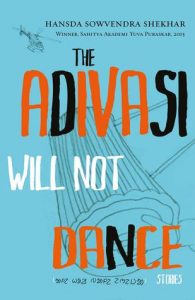 Personally, I haven’t experienced a reading gap when it comes to religion in India. Looking at the bestsellers lists mentioned above however, I can’t help but wonder if there is an under representation of books from varied religious backgrounds. To call any of these religious groups “minorities” (except maybe for Parsis?) would be a misnomer, as they are large groups. But India’s “majority” religion is Hinduism, and so the need is to read books that place other religions front and center.

Scroll.in recently posted an interesting article about how Indian fantasy doesn’t seem to be moving beyond the religious epics, which are Hindu (there are exceptions, but the popular series are Hindu mythology based). In any case, I think that every Indian must read at least some literature about the Partition, which deals heavily with Hindu-Muslim relations and conflict, and about the Emergency and anti-Sikh riots. 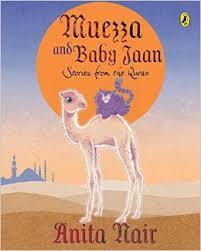 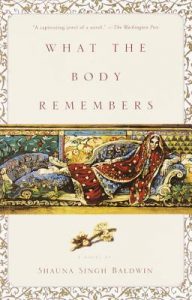 Sexuality in general is treated as a taboo in India. We simply do not talk about sex. When it comes to non-heterosexual relationships, this silence seems to intensify.

The law too is to blame. While it is not illegal to be “out” in India as lesbian/gay/bisexual, it is illegal to actually engage in the sexual act with a person of the same sex, according to the archaic Section 377. What is extremely disappointing is that homosexuality was decriminalized by the High Court in India in 2009, but that judgement was overturned by the Supreme Court in 2013.

However, this has not silenced LGBTQ activists and writers. Many writers have explored LGBTQ issues through their work as both Scroll.in and the Guardian have reported on this. One of my few experiences with non-heterosexual relationships in Indian literature comes through The Devourers by Indra Das, which explores bisexuality via speculative fiction. Another book I would recommend (to Hindus in particular and to anyone interested in mythology at large) is Shikhandi and Other ‘Queer’ Tales They Don’t Tell You by Devdutt Pattanaik. 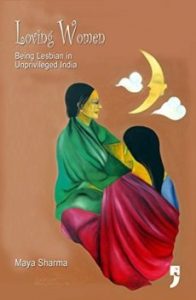 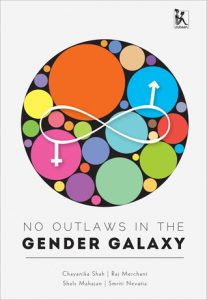 This again is a big reading gap for me. While I have read books by non-Indian authors about persons with disabilities, I could not recall immediately any book by an Indian author .

When I went looking, I came across Trying To Grow, a semi-autobiographical novel by Firdaus Kanga. Another book, which I haven’t read, but have heard of is Family Matters by Rohinton Mistry. An article I came across lists other works as well, such as Sunny’s Story by Pramila Balasundaram and Shame by Salman Rushdie. 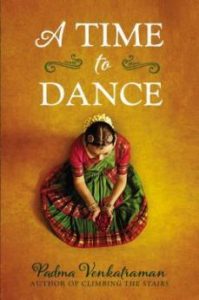 Colourism is a very Indian problem, something left over from decades of being colonized. White skin is prized and dark skin derided. Even Indians who look different are teased, such as Indians from the north-east. Pakistanis, Nepalis, Bangladeshis and Sri-Lankans look a lot like Indians but are subject to stereotyping and prejudice.

As India grows and increasing globalization opens its doors wider to the outside world, it is obvious that India will continue to become diverse even in terms of race. Incidents of violence against Africans in Delhi only highlight the need for sensitization to other cultures. This is where seeking out and reading foreign, non-white authors becomes important. 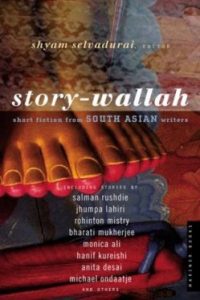 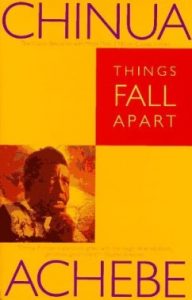 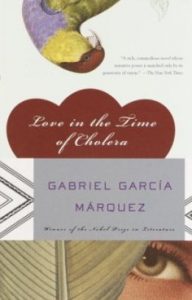 These are the few sections of Indian society that in my opinion are under-represented in what the majority of Indians read. It barely scratches the surface of how complex and diverse Indian society is. There is a lot of intersectionality.

I may be wrong. I may have missed out some groups. This post is neither eloquent nor exhaustive. I apologize for anything that may be lacking, offensive or erroneous – it was not intentional. I am not an expert, and this post is based on my personal observations. It is merely an attempt to start a converstaion, which I hope others will carry on. Which is why, I would love to hear your views about diversity in Indian literature.

About diversity in reading

Before I wrap up this post, I have something to say about reading diversely. The phrase “diversity is not a trend” applies just as much to readers as to writers.

OK to not connect, but not OK to reject these narratives

Just as it is not okay to forcefully write in a marginalized character, it is also not okay to read diverse books, just because that is what everyone seems to be doing. The point of reading diverse books is to listen and learn, and if possible to empathize.

It is okay to not understand fully or to not connect with characters that are different from you. It is however not okay to reject these stories as “not true” or “politically correct propaganda”, or to assume that the narrative of one author speaks for his/her whole community.

Reading from a position of privilege

When reading diverse literature from a position of privilege, it is often uncomfortable to read about how someone who does not share these privileges views one’s own group/community. It is necessary to overcome this discomfort and resist the urge to get defensive.

Book cover images are from goodreads.

With 2019 Closing The Decade, We Bring To You The Most Memorable Books Written By Women