When Will We Find A Cure For The ‘Blame The Mother’ Syndrome We Suffer From?

We are quick to blame the mother if the child is in any sort of trouble or is part of the trouble. When will we realise that the father is also the parent? 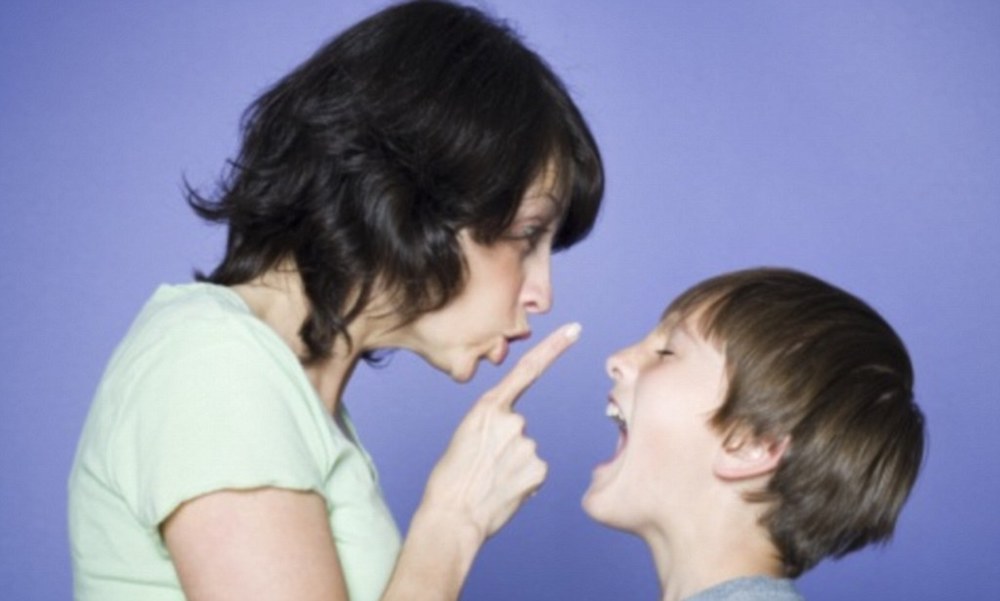 We are quick to blame the mother if the child is in any sort of trouble or is part of the trouble. When will we realise that the father is also the parent?

The defining moment for me in the highly-acclaimed and award-winning movie Tumhari Sulu was when the character of Sulu (brilliantly portrayed by the inimitable Vidya Balan) stood up for herself and refused to be solely blamed for her son going astray at school.

I will reserve my comments about what worked and what didn’t work for me in the movie as this article is not about that, but it was a refreshing change to see a mother being objective, without wallowing in guilt, in a crisis situation.

3 years of motherhood has enriched my grey cells in many ways and one of the things I have to come to recognize is that our society is afflicted by ‘blame the mother’ syndrome. Blame this blaming disorder on ingrained patriarchy or an instinctive tendency to find faults and overanalyze others’ problems, or plain insensitivity. But whatever be the cause of it, it is something we need to call out on unequivocally.

The other day we were at an informal gathering when my friend’s son got into a brawl with another boy of his age. Apparently, he had initiated the scuffle and after the respective parents intervened, the matter was sorted out as amicably as possible. Later on when it was time to leave, I heard the expected murmurs which were not surprising but were infuriating nevertheless.

“What was the mother doing when her son was hitting that boy? She should have stopped him at the beginning itself.”

“Oh! She was busy in her merry-making.”

Sometimes, I pay no heed to such comments but something came over me that day and I walked up to them to give them a piece of my mind.

“Were you all with your kids all the time during the party? And by the way, his father was also around. Why don’t you ask him why was he busy enjoying his drink?”

My question was answered with silence and raised eyebrows. I had not expected any better and stomped off. I was also rebuked by another well-wishing friend later for poking my nose in a matter which shouldn’t have been any of my concern. But, I guess some habits die hard.

This is just one of the myriad incidents I have been privy to directly or indirectly wherein people have been quick to unfairly blame the mother for any untoward occurrences related to her child. A few days back, a dear friend’s toddler was saved in the nick of time from a serious mishap; and while my friend was relieved that nothing major happened, she was also nervous about the reaction of her husband and in-laws.

“They will definitely blame me for not being careful enough. They will say you only care about your enjoyment.”

And as I write, I am reading a whatsapp message from a relative about how she is exasperated because she is being held responsible by her family for the poor performance of her son in his school tests. You know why? Brace yourselves! She is facing the wrath from her own kin since she is a ‘working’ mother and hence, according to them, the child is not receiving adequate guidance. Sigh! By that logic, more than half of the kids in the whole world would have been performing below par in academics.

Well, the bitter truth is that all this is not something atypical. I am sure at some level many mothers can relate to this fear – the fear of being condemned and accused. And this is unreasonable and heart-breaking.

That split-second of inattention

In case you don’t know this, let me tell you that with children, things happen in a split second. It is practically impossible for a parent to continuously keep an eye on the child. Once it so happened that my daughter went missing from right under our nose in the presence of many people and fortunately, we realized almost immediately and could stop her from running any farther. That does not mean we were being lackadaisical in keeping a watch on her. Those few moments were extremely horrifying for us but later we counselled her in an age appropriate way and also learnt a few lessons ourselves from the incident.

As parents, we all are extremely vigilant when it comes to our kids but still accidents happen. Because, we are humans and they are children – sometimes the velocity of their actions surpasses the swiftness of our reactions. And thanks to our social conditioning, a mother usually is already feeling guilty and responsible during unpleasant episodes when it comes to her child. The last thing that any of us must be doing at that point is encumbering her further with such emotions.

Honestly, I think it is just preposterous to blame the mother, or any parent for that matter, for any and everything happening to their children. It also is unfair to hold parents accountable for all of their child’s deeds. Though our own focus levels, beliefs, values and parenting methodologies are instrumental in shaping the personalities of our children, there are numerous other factors in the child’s milieu which influence them too.

Yes, my child is my responsibility but I will falter and learn along the way. If you genuinely want to help a parent who you think is doing it wrong, your approach needs to be placid and gentle. An accusatory or an “I-know-it-all-and-you-must-follow-my-unsolicited-advice” tone is certainly undesirable and disconcerting, however righteous your intentions might be.

Irrespective of whether or not we can find a remedy for this ‘blame the mother’ syndrome that we are suffering from, I want to end this piece with a message for all the wonderful mothers out there.

“Trust your instincts and do not put yourself on a pedestal that society has created. You will get better at parenting with every passing day. There will be no dearth of “What if” or “How I wish” moments in your motherhood journey but do not dwell upon them too much and definitely do not beat yourself up over them. You will become wiser and more confident with experience – sometimes your mistakes will teach you; sometimes others’ mistakes will teach you. I have learnt to let go of my mommy guilt and trust me, it has helped me become a much better parent.”