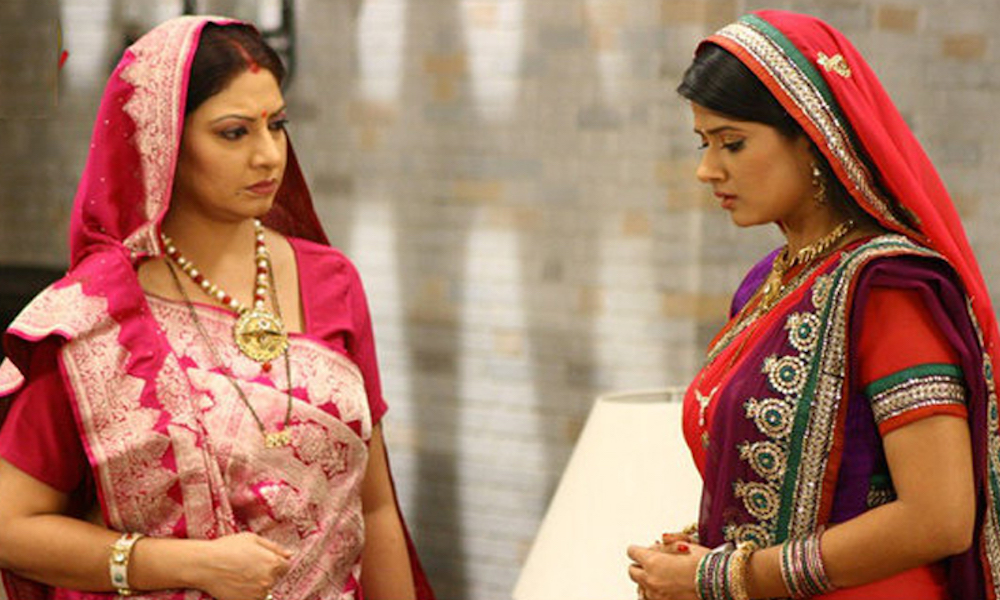 Living with in-laws after marriage is considered the default for most Indian women. But is this always out of choice or is it the only option for them? Are they considered evil if they refuse?

Good looking, suave and polished. After two brief meetings, Mr. X seemed to have been convinced that I was someone he would like to spend the rest of his life with.

“So, after marriage, my parents would move in with me. They are very lonely in Kanpur.”

I tried my best to hide my disappointment. Did a poor job.

“Actually, I am a very family-oriented guy.” Mr X explained. “I want to give them happiness. They are helpless there.”

“I thought they have been living there since the time you and your sister left for college!”

“Yes. But they are lonely.”

“If they were lonely, why didn’t you let them move in with once you got a job here?”

“I was living with a flatmate!”

“You could have NOT had a flatmate and lived with them.”

“And what about the freedom of you and your future wife?”

“They are very nice. They will allow the girl to wear jeans. No restriction. As long as she takes care of them.”

“You know what I mean.  Take care of them. Their comfort. Food. Health. Respect them. Give them importance for major decisions. For me, that is most important.   The girl should respect my parents and make them happy. If my parents are happy, I am happy.”  He smiled proudly.

Mr. X (hereafter referred to as Shravan Kumar) seemed very pleased with himself.

“So let me understand this. When you were living alone, you did not want them around because you wanted your freedom.  You could have made them happy yourself. You could have had them live with you. You could have cooked for them. Or kept a cook. Obeyed them. Taken care of their needs. But no. Now that you will get a wife, someone who has never met your parents, SHE should take the primary responsibility of taking care of them? The responsibility which you alone never bothered to take?”

Shravan Kumar became uncomfortable. “These days girls are too modern! They don’t have family values! Respect for elders!”

“What about my parents? They live alone. They are in fact older than your parents.”

“That is because you are two daughters. They don’t have the option. If they had such an option, wouldn’t they?”

Shravan Kumar may have topped the list of jerks I had met that year. But he had made a relevant point. Why do Indian sons assume that their wives should live with their parents? Because they can. It is a privilege of patriarchy too convenient to give up.

Shravan Kumar had later sent a rejection text to me saying that he is looking for someone with ‘family values and cultured.’ I observed a moment of silence to appreciate his text.

Let us take a look at Shravan Kumar’s beautiful life. He gets to enjoy his ‘bachelor days’. Carefree. Youthful. Men will be men after all! He will not ruin his life by having his parents move in with him! At the appropriate time, a woman unknown to him for 20-30 years will enter his life and take up the primary responsibility of taking care of his parents. She will do all the work and make all the sacrifices.

Who wants to live the life of Shravan Kumar? One who does nothing to become the perfect son except get married?

Who wants to live the life of his wife? The poor woman whose husband wants nothing from her except that his parents are taken of?

Who wants to give birth to Shravan Kumar? The good for nothing progeny whose very existence makes him so useful to them?

No wonder female foeticide is so high in this country!

Living with in-laws is all about personal choice

Please do not get me wrong. I am not against living with in-laws. I understand that it may be one of the best arrangements for emotional, physical, and financial support. I am happy to see families where two, three generations live together peacefully.  I would just like to raise a question:

Are the people who have daughters any less old? When these Shravan Kumars proudly talk to women like me about respect for elders, do they not realize that our parents are also elders? Are they offering to keep our parents with them too? Or our parents especially the ones who have borne two daughters are so unfortunate in the first place, that we should not even count them as senior citizens?

I have heard this classic line from so many men. All my friends have heard it too. I am sure you have too. “I want my parents to be happy. That is the main thing for me. You should respect them. And take care of them.”

Respect sounds harmless, right? I mean we are all nice girls. Why would we disrespect them anyway?

Wrong! We disrespect them all the time. Not taking permission of their parents for little things, not being able to read their minds, not smiling enough, not responding the way they expected, not cooking enough, not cleaning enough. Basically, any deviation from their ‘Bahu manual’ which should be pre-programmed in us like robots is disrespect!

In Western cultures, living with in-laws or parents is not the norm. They manage. A woman has every right to refuse this idea. It is her choice. She is not doing anything wrong. It is very difficult to adjust to one new person. It is definitely much harder to adjust to so many new people, especially in the beginning of a marriage where the relationship between husband and wife is unstable. Let us not forget the unfair expectations from daughters-in-law and the generation gap. Would a man consider living with in-laws, that too from Day 1? If a woman has her reservations about living with in-laws, her choice should be respected. By her future husband. And by her own parents.

I have a request for all Shravan Kumars:

If you meet a woman who is willing to live with your parents, you should be grateful to her. It is a lot to ask for. Don’t take her for granted. She was not born to do this. She has lived her life with her parents so far, who have taken care of her. She was also raised with as much love as you were. This “taking care” of your parents and change in lifestyle did not come naturally with her genes. She is trying to do it. For you.

If you meet a woman who refuses to live with your parents, you say okay and move on to find someone else. You do not get to shame her by saying she does not have “family values”. Unless you offer to have her parents live with you too. Your parents are not her family yet.

In case you did not notice, we are not in the eighteenth century anymore. Women are not getting married to get do Jodi kapda, do waqt ki roti and sar pe chhat. They manage to get that with their own money. They get married for companionship, love and to build a life together. No woman would feel lucky to marry a man who tells her that ALL he cares about is that his parents are taken care of. She is making a commitment to you. That does not mean she would fall in love with everyone associated with you at first sight and be thrilled to live with them.

But if the primary objective of your life is to take care of your parents, please feel free to do it yourself. What is stopping you? Can’t you live with your parents and keep a cook, maid, take them out on weekends? Do you really need a woman to do that? Please do not marry a woman for this sole reason!

If you still want that from your partner, please request her and acknowledge that you need her support. She may do it happily out of love for you. But expecting it from her, or forcing her to do it as she is a woman is not cool at all! It does not make you a family oriented guy. It makes you a chauvinistic, selfish, entitled moron!

The woman you are committing to for the rest of your life is also your family now. And her choice should matter to you. If it does not, please do not bother to marry her!

My Husband Is Having An Affair And He Abuses Me [#ReachOutThursday]