Public Spaces Are Not Just For Men! The Sense Of Entitlement Must Go!

Public spaces are not just for men; they are for women too. Ladies! It is time for a revolution. It is time to reclaim our right to public spaces. 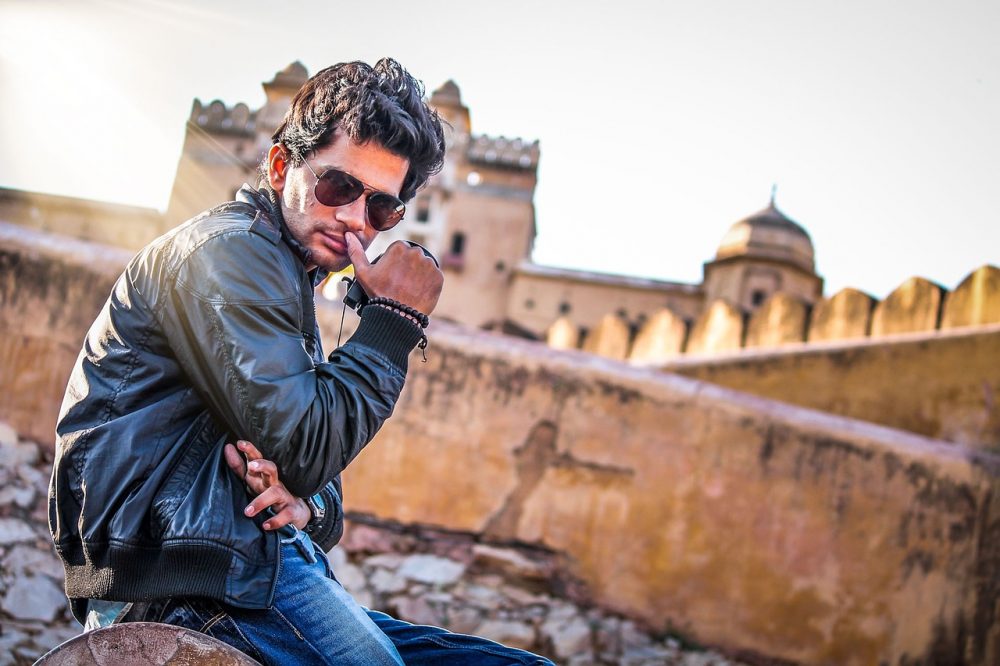 Public spaces are not just for men; they are for women too. Ladies! It is time for a revolution. It is time to reclaim our right to public spaces.

“Why do men tend to spread themselves all over the place when they are sitting in public transport?” asked a visibly irate friend of mine whom I was meeting for coffee. Frankly speaking, I was quite taken aback by the question, not knowing where it was coming from. I started prodding her on the incident that might have triggered this question. What she told me made me think.

To avoid the frustrating rush hour traffic on the roads, R had taken the metro. This man sitting next to her was reading a newspaper, with his hands resting on both the arm rests. My friend was finding it inconvenient, so she asked him if he could shift his hand a little so that she too could use the arm-rest. Legit request! Instead of obliging, as he should have given that he was on public transport, he threw an appalled look at R, you know that “how could you even think of making such a request” look, and went back to reading his newspaper. When asked again, he REFUSED outright! There was no point asking him again, so R decided to stay quiet for the rest of the journey.

The incident got me thinking — this man was in a public space, using public transport, yet the sense of entitlement he was having, just because he was a man, was to say the least, shocking! But having said that, don’t men always have that in India — like they OWN that place and if a woman is using it, then well — it is because they have taken pity on her and have ALLOWED her to do so! Oh men! You kind men! What would we do without your kindness!!

Last week, we had our weekly #Womenonthemove chat over at Twitter, where we discussed why men have this sense of entitlement to public spaces — be it a tea shop beside the road, or on the public transport and in fact even in board rooms. Why do men think the space BELONGS to them and women are just trespassing on their space. This is what they said.

A2. All. The. Time. On the streets of Delhi. Ogling is a national pastime in the capital! #WomenOnTheMOve https://t.co/urDFgGA38P

Ladies’ compartment is for ladies! Why are you here, eh?

@i got ‘looks’ from men when I entered a general compartment in the Delhi metro, imagine that. And there was a guy who’s like , ‘inko alag dabba bhi chahiye but ladko ka attention bhi chahiye- ‘men’s dabbe mein kyon aagai?’

Oh God! I remember how men had protested when the women-only coach was introduced. My then boss had complained so vehemently. That they have the whole train wasn’t enough for them. #WomenOnTheMove

Ooooh, Take your brother with you. Don’t even get me started on this. 😂😂😂😂

Like as if looking married will ensure a woman’s safety! Duh!

A2. I get that look all the time the moment people spot my golden anklet. And for not wearing the mangalsutra. #WomenOnTheMove And a bunch of other things.

‘Good girls’ shouldn’t be heard lest they might attract attention! Then you cannot say that the men behaved in an inappropriate manner, okay! “You asked for it!”

A3. Behave like a lady. Heheh. whatever that is. I’ve even got good girls should be seen and not heard. I guess so that everyone can ogle to their heart’s content. #WomenOnTheMove

Be back before dark, dress decently and more!

A3.
Don’t go in the dark
Take your brother with you
Dress decently
Come home early #WomenOnTheMove https://t.co/CYPb9G7eew

The concern might be genuine, sometimes, but most of the times they are driven by stereotypes. If men are unable to control their libido, why tell women not to go out? Tell the men, no!

But you see “men will be men”, they won’t listen. So police the woman!

And what do women do when they are handed out a whole list of “good girls do this” list? Do they rebel or just accept it as being said ‘for their own good’ and keep quiet? Let’s find out:

Yes, unfortunately, given the safety conditions in towns and cities!

A1. I don’t go. I have lived in Delhi and know it’s better to be safe than sorry #WomenOnTheMove https://t.co/wo7diYebBr

To go or not to go — the choice is ours. Because eh! No one decides for me!

A1 neither I make my own decisions. #WomenOnTheMove

@womensweb there is nothing to rebel about. All spaces are my spaces. I just go anyway.

Last but not the least, why do men have this sense of entitlement?

@womensweb bcz men hv been brought up and encouraged to saunter in to any place without fearing the consequences of their actions. Their lives and their bodies are not threatened or made uncomfortable by, infact, even their ‘reputations’ are protected by other men, known/unknown