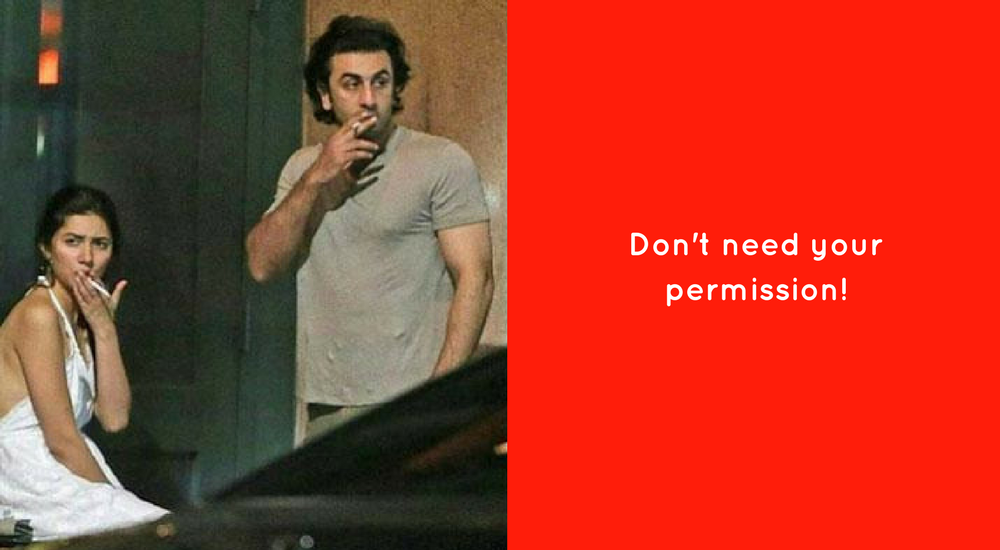 Strong women are here, and they will do what they want to do, without your permission. Get a life of your own!

Beware, ladies! Get the consent of unknown people first and then wear what you want and hang out with whom you want. Because otherwise, your image will be tarnished in seconds; in just the way Mahira Khan has been facing so much hatred.

When I saw Mahira Khan and Ranbir Kapoor together in those now well-known pictures, they were casual happy pictures. It brought a smile on my face seeing two people casually chilling around. It’s rare to see such pictures like this because what we see are more of party pictures of people posing together with a pout.

So when I saw two beautiful people together, it felt nice. Rather, I’d say I am hoping to see them together in a movie.

But here comes the sad part. Because we have the habit of making an issue out of everything, we pick anything and popularize it for no reason.

Actor Mahira Khan faced a lot of flak from people apparently, for all these reasons:

Yes, she was with a guy. She could be with anyone she wants to be with because she can decide for herself. She is above 18 and that gives her right to do whatever she wants in her life.

She wore a dress. If a man roams around in just boxers, then it’s fine. If a woman wears a short dress then it’s a sin. Get a life. Keep those double standards inside you.

And lastly, she is a woman. She is aware of that. That’s why she chose to be an independent and strong woman.

I was shocked when I heard some conjecture that it was all part of Mahira Khan’s plan to get herself placed in Bollywood. Damn. Who would have thought that casual hanging out could mean this much!

I think we should get over this and stop targeting women who like to live their life on their terms. Because they are no more damsels in distress.

And to be honest, better put your energy into something more worthwhile rather than letting it go waste.

Yes, I am sure it may hurt a lot of sentiments out there. But we better accept the presence of independent women and make peace with it. 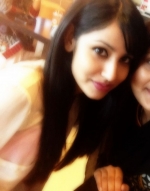 Love to read crazy new stuff. What I love more is to write. And in

Dear Mumma, Have You Forgotten Why You Are My Superhero? [#ShortStory]

Aamir Khan Trolled For A Playful Picture With Daughter: Seriously? Grow Up, People!