Accusing Us Of Feminist Paranoia? Here’s Why It Is Necessary!

Are you ever told you are too touchy over (sexist) jokes and suffer from feminist paranoia? Here's how you counter all those telling you to "chill". 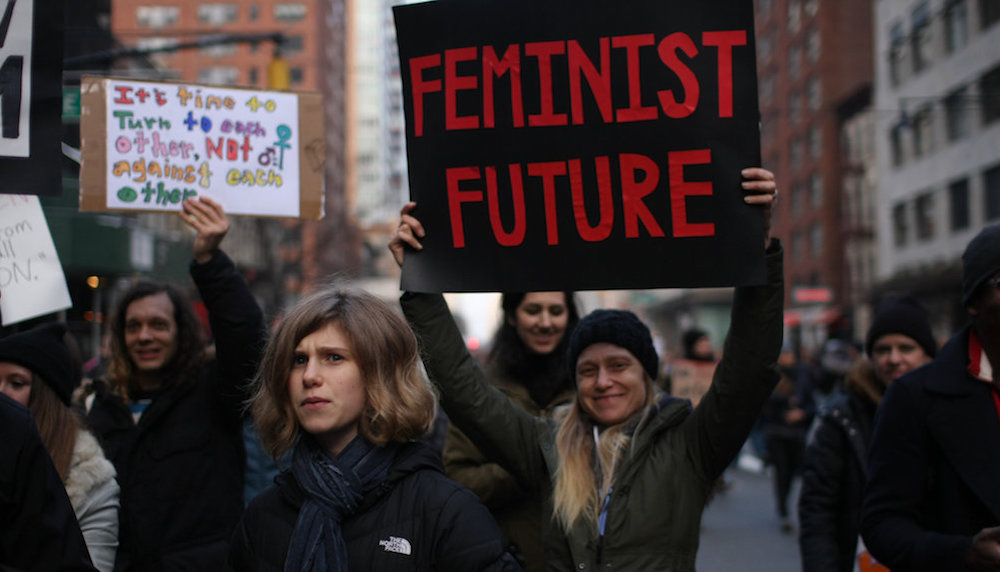 Are you ever told you are too touchy over (sexist) jokes and suffer from feminist paranoia? Here’s how you counter all those telling you to “chill”.

Ever tried intercepting laughter on a terribly sexist joke? Ever reacted strongly to a casually sexist remark? Ever been told “you are too much into this feminism shit. Take a chill pill”?

This sentiment that feminists do not have a sense of humor, are always the rubble rousers, take ‘everything’ seriously, has given rise to a collective opinion of anti-feminists, MRAs and meninists that there is a paranoia in the air – a feminist paranoia. That the reactions are too quick. That they are too strong. That compassion and massaging egos should come first. And complaints later.

A colleague of mine once argued with me – “Oh, but women are now allowed to go out and have fun, late nights and stuff and all that! Why all this feminism now?” – Without realizing that the “allowed” in her sentence was also so oppressive. “Rights” are not “allowed”. “Freedom of choice” cannot be “granted”. It is just supposed to be there. When I expressed this concern, I was told I was being too “touchy”.

Feminists all over have heard these things over and over again. Men and women are so deeply conditioned in believing that anything that someone having remotely feminine qualities says or does, has too much of emotions.

Another day a person kept arguing about the feminist paranoia with regards to “minor amendments to reproductive rights” after the ascension of Trump and Pence into power. What I could not fathom was the unabashed nonchalance with which “minor amendments” and “reproductive rights” were used in the same sentence to degrade the whole concept of planned parenthood. That the laws regarding a woman’s life and body are being passed by men within closed doors is in itself such a pity.

Recently, section 498A of IPC was amended to delay the arrests pertaining to the mental and sexual harassment of a married woman, and it was greeted with utmost happiness by some men (and women). While I understand their concern of the misuse of such a section by a few women, what they failed to acknowledge is the glaring discrepancy in it. According to some reports by National Crime Records Bureau, for 7000+ women who have died due to harassment or abetment to suicide, around 34 % of families have been convicted. A whopping 66% have been left free. As per this data, the fake cases are next to negligible. So many cases go unreported.

Thankfully in Oct’17 the court has decided to revisit it after another petition. While we are yet to receive any firm update on this, let us hope that yet again the perpetual struggle of lakhs of women who do not have a way of proving their psychological/physical harassment day in and day out, is not ignored.

The fact that our justice system doesn’t acknowledge marital rape to be real says a lot about the way we have been conditioned. On some forums I was aghast with the justification that supported this – “once a person is married, they forego their right to have sex as per their wish” – astonishingly this was a common sentiment across men and women. This stems from internalized misogyny, from a deep-rooted idea that sex is for procreation, that testosterone levels cannot be controlled and satisfying men is the primary duty of women. A woman demanding an equal say in her sexual relationship irrespective of whether she is married or not, is either a whore or uncultured – (Ignoring another fact that even whores do not “demand” sex).

This misogyny also crept up with its ugly hood in the recent #MeToo campaign where many men called it an “attention-seeking”, “male-bashing” phenomena. The fact that some of the women must have gathered courage that was buried into the mind for so many years, the fact that this was so exhausting and painful for some, was as usual, ignored.

This misconception, that feminists are anti-men disregards the fact that there is a word for it – misandry. There is no denying that misandry is real. The question is how many of these misandrists have oppressed patriarchy, the way patriarchy has oppressed other genders for centuries. The answer is not a difficult one to obtain. The problem with MRAs (Male Rights Activists) is that they are fighting to continue the discrimination that feminists are fighting against. You won’t hear an MRA accepting an LGBTQ person in their movement because that would mean endangering the toxic masculinity for which they are fighting.

The #NotAllMen preamble which is demanded by many men whenever a woman expresses the oppression she faces comes from a position of defense. It is amusing how many of these men pounce to shrug off responsibility even before trying to make the woman feel safe again. Any woman opposing this kind of behavior is put down with another demeaning word “feminazi”. Words like there are not just offensive, but are used against feminists to demean everything that the movement stands for. It also humiliates the efforts of centuries of active feminists who have worked hard to redefine the position of everything feminine in the society.

The need for feminist paranoia

Feminism has become a symbol of rebellion and unfortunately not many want to be a part of it – perhaps due to the need to remain paranoid or due to the need of it to dominate one’s thoughts consciously. Maybe because it would mean recognizing how harmful some jokes you used to laugh at in the past were. Maybe the stink associated with being a rebel is too much for a few to cope up with.

Most ask to be called “Humanists”. They fail to understand the basic definition of humanism. It is a rationalist outlook or system of thought attaching prime importance to human rather than divine or supernatural matters. Humanism has more to do with reasoning and very less to do with equal rights. Feminism on the other hand identifies the need to change perspectives about “feminine” in both males and females. It stamps upon, clearly and vocally, the fact that it is “feminine” that has been oppressed since centuries and not “masculine”.

I agree there is feminist paranoia. There will be, because it is skin deep conditioning we are fighting. It is this very paranoia that is giving rise to an air of change. Many regressive practices were abolished and paranoid feminists are working hard to abolish some more regression from the society –

Feminist paranoia is needed till the time every person on this planet feels safe to be who they are.