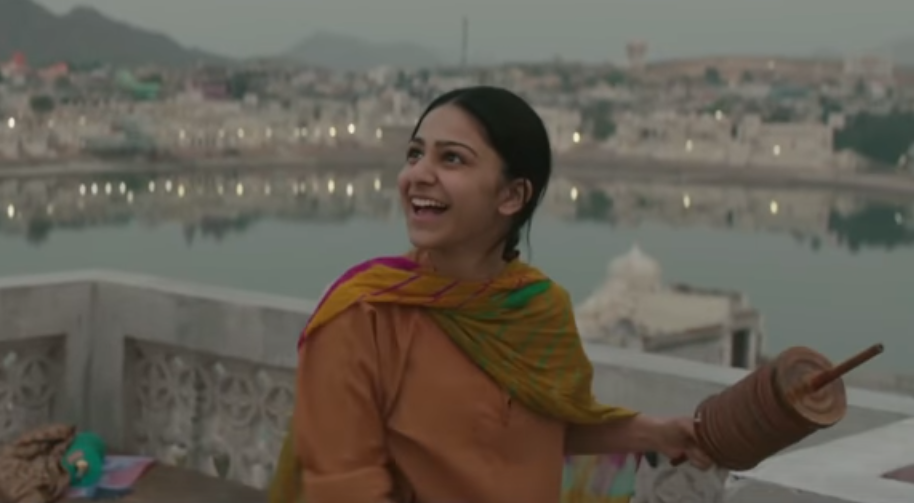 This Samsung Ad Makes Me Think – Very Few Women Are Accepted As Themselves!

Some women are privileged, and are exempted from the effects of gender bias, but ordinary women are not even accepted as themselves by society.

As I clicked youtube to watch a Hollywood promo up popped an ad for Samsung Technical University. While I could have skipped it in 4 seconds, the storyline caught my eye. Not for very long though; it immediately spiraled into a tried-tested-beaten-to-death formula of a supposedly unwelcome girl child in a distant Rajasthani village.

The poor girl was being told that she is not considered daughter but their ‘son’. This was their way of letting her know that she could avail opportunities available for other children (boys) which were as such denied to girls. The same old story of the girl consistently perking up hopefully for equal opportunity, consistently being spurned by the elder patriarch, secretly being helped by the father and eventually triumphing all odds.

I am very sick of this storyline. Because there is an expiry date to being pitied or to fight for equality. Because one needs to fight new battles. Because I am tired of how much importance is given to the damn gender difference all around the world. I am sick.

It is funny how many times this damn gender battle is fought in the mind before being fought for real. The real issue however is the way we understand equality. Ok, it cannot be an absolute term; It is highly debated; Equality vs Fairness vs justice blah blah blah. Let’s for once assume all conditions being equal (or equalized, which takes care of the justice part) two human beings faced with exactly same situations should be treated in an exactly similar fashion. Like equal pay for equal work if it’s quantity driven or equal pay for the same position if its qualitative work. This is acceptance. We accept there are two human beings who walked into the room and we treat them like generic human beings without paying attention to their specifics.

What then is exemption? Exemption would be to bend laws for one specific girl with the assumption that her example will encourage other girls/women to fight easier battles for their own equal rights.

I have a huge problem with the subjectivity of this rule. It creates a false sense of comfort for both the exempted girl and the women who idolize her.

The exempted girl lives in a cushioned, privileged world. Her father/brother/family/school/work has accepted her and she assumes the world is changing and is going to continue to treat her like that. She forgets that the world is biased and shitty and it treats most women unequally. So when she finds someone who doesn’t exempt her, she get surprised, dejected and needs to fight the damn battle all over again. But in her mind she had already won the gender battle- she had come a long way remember? So she feels like loser starting all over again and again and again and yet again.

The women who watch exempted women do not take into consideration that the people who exempt her from generic gender bias will not apply the same to all women. Hence they continue to get treated unequally. They are also confused because they thought they had hope but now they don’t. It is like Kareena Kapoor’s maternity practices don’t actually drive the law for all women going thru maternity.

It is a sad repetitive self-pitying saga that you see. And it is for real, not just in my mind. Why then do I see the same old issues creeping up again and again and again and again in my social circles which is fairly exempt from the supposed gender bias? The sample space I interact with are middle-class educated women. Yet the issues that creep up are the ones we have supposedly solved in our mind. Should women drink? What should women wear in front of their in-laws? Should women work? Should only women cook?

It is disheartening that an average exempt woman in spite of wanting to live a non-rebellious non-glorious average life is forced keep fighting the battle again. I imagine what I would have told the 15 year old me who always thought – yes stuff happens to women but it will never happen to ‘me’! Who was I kidding? Anything that happens to other women will happen to me. Maybe not here, maybe not in my immediate circle but no woman is exempt – till all women are accepted.

Prathibha is a cocooned wordsmith in the skin of a technology marketing professional. She hopes