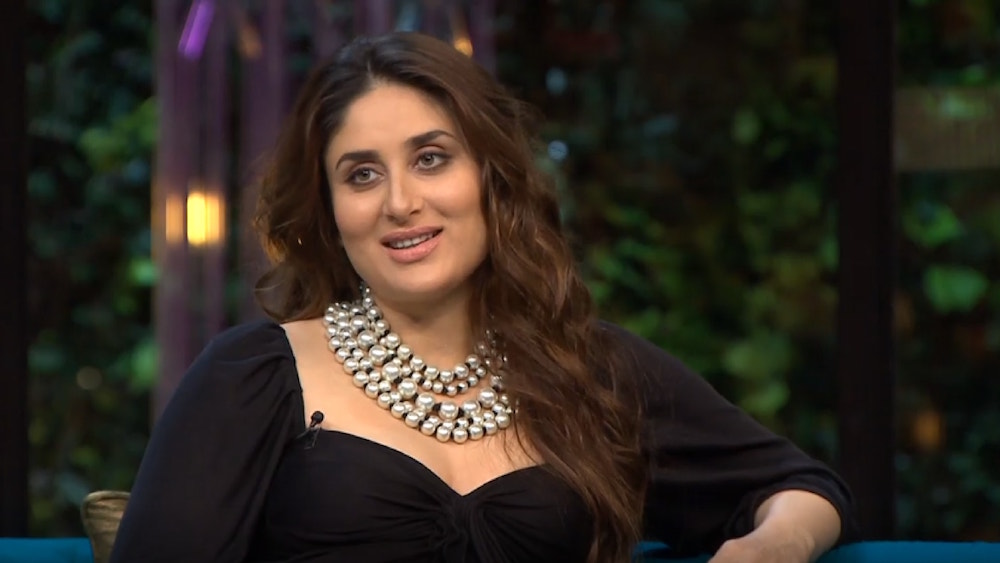 Talking on pregnancy recently, Kareena Kapoor recently said that all pregnancies are not the same, on being criticised for going out right after delivery. We need to remember this before passing judgement on new moms.

As quoted in this interview, Kareena said, “Yes, I was on my feet a few days after the delivery, but it’s upsetting to have people judge you for it. No one has the right to comment on how I conduct myself or what sort of a mother I am. Everyone seems to have an opinion. Postpartum depression is not a must, right? It’s whimsical to generalize that every woman goes through that phase, almost making it sound like a norm. Every pregnancy and every mother’s journey with her child during those nine months and afterwards is different. You can’t draw parallels. No one out there really knows me or what I am feeling at a given time. How can anyone decide on my behalf whether I am supposed to feel depressed or if I can step out before 45 days? If I’m spoken about like that, what would it be like for other women?”

I agree, not all pregnancies are the same and no one can draw parallels – everyone has a different journey. I have heard many women speak of working till they went to the hospital for their delivery and they proudly wear it as a badge of honour. First of all, congratulations because it is no mean task with all the pain and discomfort of being pregnant and losing control over one’s body. It is also breaking many societal norms and in a society where women with kids and pregnant women are written off in their careers, it is setting a precedent for sure.

But before you ridicule women who complain of pain or take rest during their pregnancies, do keep in mind that not all pregnancies are the same – sometimes, not even with the same woman. There are cases when the first trimester leaves a woman unable to keep any food down and she throws up everything, leaving her weak. There are cases when the pregnancy leaves the woman so zapped and tired that she needs to find a special reserve of energy just to get up from bed.  This is besides serious complications that many women encounter during pregnancy such as high blood pressure, gestational diabetes or cervical insufficiency which can require bedrest during pregnancy.

After I went through one such difficult pregnancy, a relative had casually remarked on why I ‘had’ to gain so much weight; I remarked that the weight gain was primarily because of my pregnancy to which his answer was to compare me with his wife who was thin – but then again, she has her problems to contend with. Also, my pregnancy weight gain was not because I ate ghee and other goodies – it was largely because of medication given to me so that my baby had a fighting chance. My weight story involved eating uninspiring microwave dinners that my hospital provided for me.

I reiterate – not all pregnancies are the same, just like not all women who menstruate have the same symptoms or pain during their periods. Some women and some periods or even some days can have horrific pain or fatigue associated with them, while some women or the same woman during a different period can have an easy breezy period and wear white and go skating and slide over hand rails like in a sanitary pad ad.

This is just like not everyone has the same experience with conception either – some couples get pregnant very easily while others go through a difficult time to get pregnant and some never conceive. Our bodies are different and the way they react will be different, whether it is to periods, conception, delivery or on pregnancy. So do empathize and know this, that not every one will have the experience you had – simply because their body decided to go a different route.

There is also the reality of post partum depression, so don’t ask women to suck it up and stop being so emotional or say that “this is normal, everyone goes through it” – because different people go through different things that one might not be privy to. Be empathetic and maybe that is how you could help.

So kudos if you worked till the last date and kudos that you want to encourage women to work and not dwell on pregnancy like a disease because it is not; but know this, that everyone’s truth will be different from yours and their journey too.

Top image is a Youtube screenshot, from Kareena’s appearance on Koffee with Karan, during her pregnancy