Am I Only My Womb? The Stigma Of Infertility

The stigma of infertility is still strong in most parts of India - and most often, it is women who bear the brunt of it. 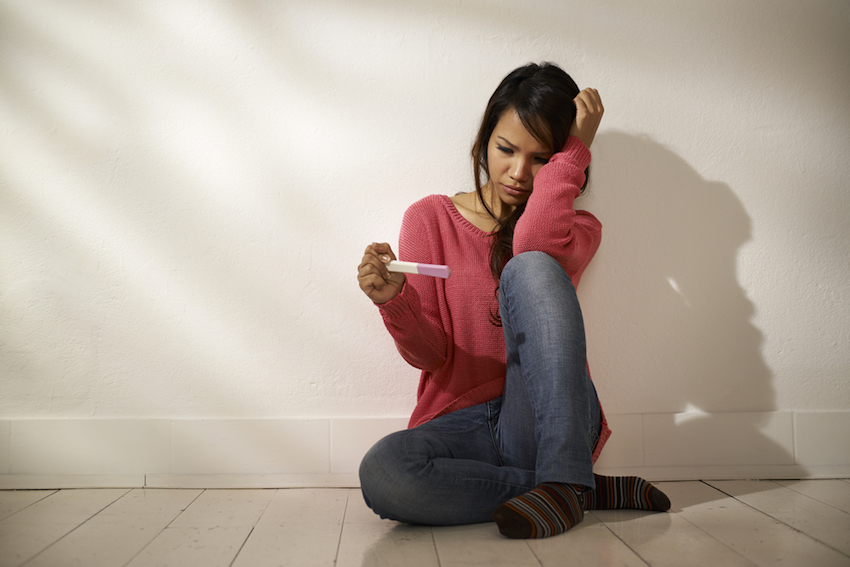 The stigma of infertility is still strong in most parts of India – and most often, it is women who bear the brunt of it.

She lay on a charpoy, a thin sheet covering her from head to toe. The hot April day, and the warm afternoon breeze made the sleepy village seem like a ghost town. Raja ka Tal is a small farming village in district Firozabad. It is here that I first met Poonam in a health camp.

“Bibiji, bachcha nahi ho raha he. Dawayee dijiye” (I am not able to have a baby. Give me medicine), she said. The treatment of Poonam’s primary infertility was beyond the scope of the mobile camp and the tiny village Raja ka Tal. She was handed over a referral slip for a check-up at Firozabad’s government hospital. She nodded faintly. I saw a tear roll down her eye when she left the camp.

Six months later, I saw a dead Poonam. Her body had thinned down considerably. “Bimar pad gayee, khana hajam nahi ho raha tha. Mar gayee” (She fell ill. She couldn’t take food anymore and passed away), said her mother. I saw her husband Rajbir at a distance, quiet and sombre.

I got the complete story from her friend Savitri. Poonam was married three years after puberty. Even after a year of marriage, she had not conceived. The taunts started and soon, Rajbir decided to marry again. It was for the want of a baby. The bride was none other than Poonam’s younger sister. For Poonam’s parents, it was a win-win situation; both daughters married at the cost of just one.

Within a month of this marriage, the news of an impending pregnancy reached Poonam. That is when the first signs of depression were noticeable.  She would cry often, have temper tantrums, and developed a low degree fever. For those around her, it meant that she had gone mad. No efforts were made to treat her. It wasn’t really a priority. Within a span of four months, Poonam lay dead.

I met Anusha at a plush coffee shop. The first thing I noticed was the disheveled hair and sullen eyes. “I have started my IVF and it’s taking a toll, physically and mentally”, she said. A long silence followed. This wasn’t the same energetic woman I had known five years back. “Ashok works late and travels often. But he still manages to be around for the IVF schedule. His presence is required, medically. Apart from this, we really don’t talk much”, she added.

“Why don’t you adopt?” I asked her. She said, “My in-laws had been dead against our love marriage. According to them, we are going through this infertility because we chose to marry without horoscopes being matched. Ashok would not go against them a second time. They wouldn’t accept a baby that is not of their blood. I hope God blesses me with a baby soon. I feel void and empty. It is killing me”.

Whether it is Raja ka Tal or Bangalore, the brunt of infertility is often faced by women. There exists in society, a certain element of stigma when a woman is unable to conceive. At a time when she needs mental support, she gets the taunts and bears the blame.

Much as it is important biologically for a woman to conceive, not being able to should not be the end of the road. Adoption regulations in India are getting easier, with even single women now able to adopt. A baby is all that matters for a childless couple. And adoption may well be the answer. It would reduce the mental trauma on the woman and provide a home to a child. It would bring about happiness in more than one life.