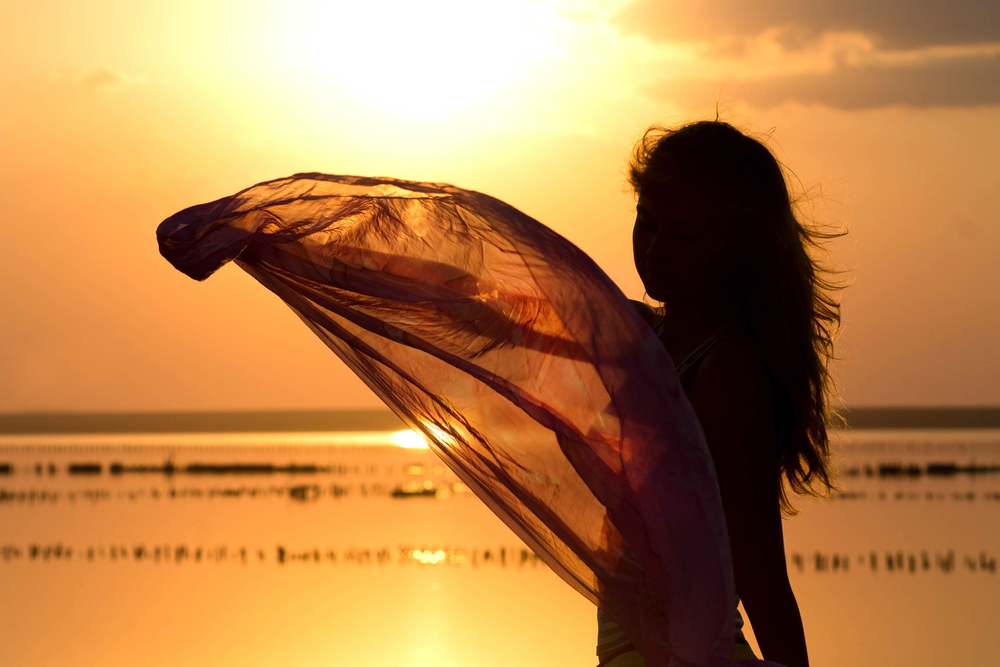 I’d like to dedicate this post to my mother who stood against all odds to bring up her children with the ideals of self-respect, independence and kindness.

She was merely eighteen when she was married off to a man fourteen years older to her. She dreamt of becoming a nurse, serving the ill, caring for the old but it was not meant to be. She merely completed her high school and there she was, exchanging garlands with her groom while the ululation of women relatives flooded her ears.

She had tears in her eyes but were those only tears of sadness for leaving her parent’s house or were those tears borne out of a sense of helplessness as she saw her dreams for higher education and a financially independent life getting burnt in the same pyre which was the holy fire of their matrimony?

Why did they marry her off? Because her elder brother wanted to get married and wanted his sister to be someone else’s responsibility.

Why did they not listen to her? Because on the pretext of financial constraints, they told her that a woman’s place is in her husband’s house.

Those were the eighties. But she was only eighteen.

She succumbed to her fate and decided to make the most of whatever life handed over to her. After all, women in our country are taught to be resilient and to bear all hardships with a smiling face, right?

She too tried doing that but it seemed misfortune was not yet done with her.

By the time she was 22, she had a daughter of 2 years and she was pregnant with another child.

And her husband was diagnosed with brain cancer. Yes, one of the deadliest forms of cancers known to mankind. Her husband was a decent man with a modest income and she was slowly making a home out of her house. When she finished cursing her luck for dumping on her more than her fair share of ill luck, the 22-year-old had to think, what next?

She hardly even got the time to ponder upon the fact when all her waking hours were spent traveling from hospital to home. Taking care of her husband, a man who was slowly giving up his will to live as every sign of vitality and life was being robbed away from him by the deadly disease. It was a blessing that they had medical coverage through his office or else, even a decent treatment would have been far from their reach.

All this while, she left her two-year old daughter with her parents and ran from one clinic to the next, from one doctor to the other, trying to bring her husband some food that he might finally eat without throwing up, silently bearing his temper tantrums while the disease made him more intolerant.

While all these things were simultaneously forced upon the life of this young woman, everyone seemed to have forgotten that she was pregnant and that day by day, the bigger she grew, the more her body craved for rest which by then was a Utopian concept to her.

Leave alone the care required by a pregnant would-be mother, some days all she would have since morning was a glass of Horlicks before returning home, drained and exhausted, and having dinner at the fag end of the day.

Even then, she was not allowed to sleep for those few hours as along with her little girl who demanded her time, her thoughts would also be running wild:

“How do I bring up my children, now? Without even a Graduate degree, how will I have the means to look after them?”

Even the grief for her husband was a luxury for the woman who had to think about the survival of her children.

The months passed by, and finally she gave birth to a baby boy. She didn’t even get a month’s rest before she resumed on her routine of running around for her husband’s treatments and hospital stays. She couldn’t even breastfeed the baby more than twice a day as there was another person looking out for her in the hospital.

By now, she’d given up on any hope of her husband’s family coming forward to help ease her pain. Of course, people who asked them to move out of the house even before they completed a year of their marriage, couldn’t really be expected to have a change of heart and help her.

It was just after her elder daughter turned three and the younger boy was barely 10 months that the inevitable happened. Despite the best treatment, her husband’s life was snatched away by brain cancer.

Her nightmares were finally becoming a reality. How would she manage to bring up her children? Her father was retired and though her parents did help in looking after the children, they didn’t have enough monetary power to help her out with two kids.

It seemed fate too felt a bit sad for her at this point because finally, her husband’s office did offer her a job on compensatory grounds. But with her level of education, she could only manage the post of an office helper. So she started with providing tea and water at people’s desks and bringing files from one desk to another, in other words, she was running errands for the other employees.

The money she received in return was barely enough to run a family of five now, including her parents. How would she manage with her children’s education as they grow older? So, she finally took things in her hand.

She started taking courses in typing and short hand after work.

No one thought about what she ate or how she worked such long hours at home and in office without any rest.

It seemed that the drive to see her children have the opportunities that she herself was denied was enough to make her carry on at this superhuman rate.

She especially didn’t want her daughter to suffer from the same fate as her. So, while she got promotions in her office with the trainings and courses that she continuously took to upgrade her skills, she spent a big part of her salary to send her children to good English medium schools.

People around her were aghast.

“Why don’t you send them to government schools where the fees are much lower?”

“How will you manage when it becomes more expensive as they progress with their education?”

“Okay fine, your son might need a good education, but why can’t you put your daughter in a less expensive school and instead save for her marriage?”

To all these questions, she smiled and replied. “They are my children and till the time I’m alive, I can decide what is good for them. They are no one else’s responsibility but mine. Also, my daughter’s education is even more important than my son’s. I’ve seen from my own life, how the lack of a good education and the absence of financial independence can create havoc in a woman’s life. I’ll never let that happen to my daughter. I will not save for her marriage because her education will be her biggest asset. My goal is to help her become financially independent. Whether she chooses to marry or remain single will be completely her decision.”

So, her children got the best education that she could afford. Her daughter was brought up with the ideals of how important a woman’s education is from a young age. She stood first in almost all her classes at school before opting for a Masters in Applied Economics from one of the best colleges in the country and then an MBA from an equally reputed institution.

Her daughter, while growing up, never felt the pressure to get married and hence, even while she heard her girlfriends at her school and college discuss about how they will have to marry by a certain age, all she did was smile.

She knew marriage was not her priority and she will commit to this relationship only if she ever feels it necessary in her life. While parents looked for suitable grooms for their daughters, her mother always had an answer ready for the inquisitive relatives and neighbours, “I’m not worried about my daughter finding a husband. She can look after herself. She will marry if only she wants to, someday.”

So, her daughter married well after thirty only when she found a person who, like her, believed in an equal partnership.

And when it came to spending for her marriage, the daughter stood up and told everyone, “My mother has given me the greatest gift of all, my education. With whatever she could afford, she provided us with the best education that was sometimes even beyond her means. That is my asset. She won’t spend a penny on my marriage. I won’t let her.”

The mother had tears in her eyes. But I’m sure those were of tears of pride for instilling the right set of values into her daughter’s mind.

I’d like to tell her that it is never possible to repay for what she did to bring her kids up, without even thinking of remarrying and starting a family once again.

I’d like to say that her sacrifices were something that brought her children to the state that they are in today and it will never be possible to repay her by any means possible.

I salute this Mother who has been the biggest inspiration in my life and whose sacrifices and toils are the reason for whatever I am today.

Thank you, Maa for everything. I wish your story encourages other women to see what is truly important for their daughter’s well-being and how despite all adversities, we can still choose to stand on our own feet with hard work and self-respect. Thank you for everything, Maa and if I’m ever reborn, I wish to be born as your daughter once more.

Lots of love, your daughter.