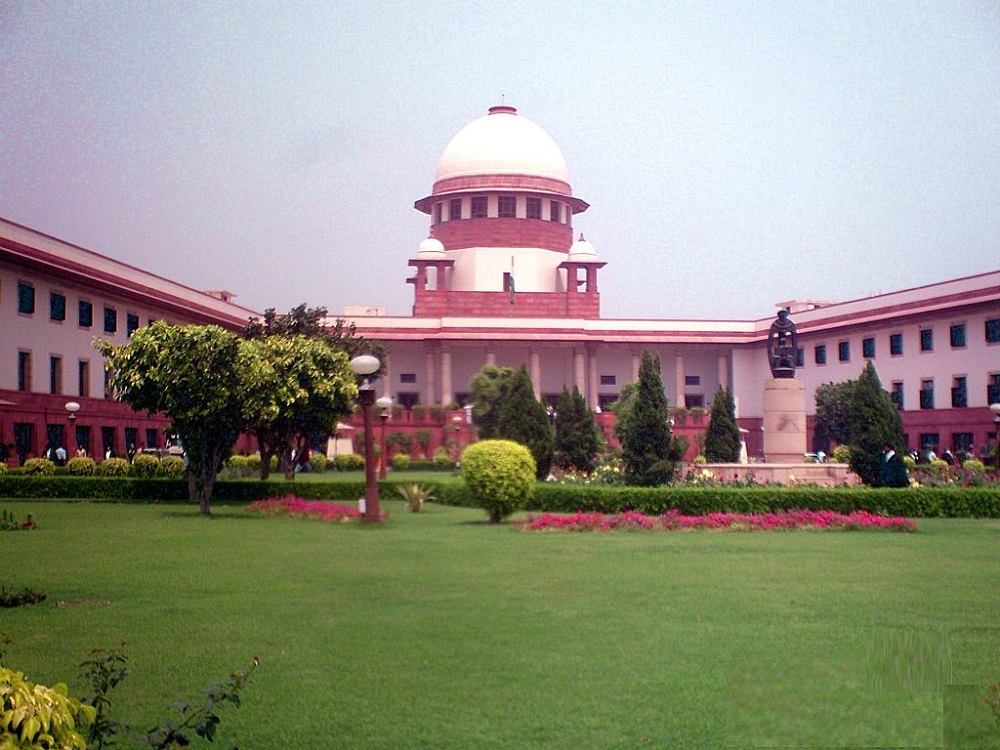 Supreme Court Upholds The Death Penalty For Nirbhaya’s Rapists. Why Is This Case So Significant?

The Supreme Court today upheld the death penalty for Nirbhaya’s rapists, and has furthered the cause of feminism, in one baby step.

Five years have passed since December 16, 2012. A piece of information that started as a footnote in the ticker of most news channels soon grew to grip the nation, forcing it to think, speak and act.

In the aftermath of the rape

As Elsa D’Silva, the founder of Safecity puts it, “The horrific gang rape of Jyoti Singh on 16 Dec 2012 was a tipping point for many people in this country. For many women and girls, it gave them an opportunity to talk about their own experiences of sexual violence. These conversations have continued and are becoming louder with each passing day. I do hope we sustain this momentum of moving these conversations to real action where there is accountability on the part of the government, police and judicial system and more active bystander intervention. Whilst the legislation has changed since the incident, reporting is still not on par with actual reality. Therefore educating men and women on the issue of gender based violence and the legislation is critical to breaking the silence and increasing reporting.”

The incident on December 16, 2012 was a milestone in the journey of feminism in India: no denying that. The archives will show you records of protestors standing across the country’s many cities’ prominent landmarks. Placards, posters, face paint – you name it, you have it.

Why has this been significant?

To many of the women themselves, this became a turning point to start articulating against the wrongdoing. “I think that was the first time when you could see the faces of the rapists juxtaposing it with their respective gory crimes. Ever since this incident, I have been a lot more responsive to even minor harassment faced by women, never giving any scope for doubt and have been personally very careful in calling out even the smallest of catcalls and make some noise. Feminism has also become a lot more intersectional to me because I see all kinds of women accessing public space so I’m always on guard for all of us. Earlier, due to my naivety I might have not been this critical,” explains Vaishnavi Sundar, independent filmmaker and gender equality activist.

A similar undercurrent was beginning to burgeon underground. A number of initiatives and organizations came up after the incident. There was a desperate need for change, and feminism in India met it with a sound response – in intent and in action. Earlier, furore resulted in bloggers, social media accounts and campaigns. Now, furore has inspired activism dressed as social entrepreneurship, and it appears to work as a business model in many ways, too.

A part of this narrative also arrives from a very personal story – the knee-jerk reaction led to the birth of my own initiative, and what grappled with just being an angry repartee is now working hard to achieve impact.

A change in the way feminism is perceived

Feminists labour hard to make it known that feminism is nothing short of equality. Misguided individuals lead the dialogue on how they don’t support feminism, but support equality. A third wing has decided that feminist equals feminazi and that women are anti-men. There is also a dangerous phenomenon of chasing the glamour of feminism – where the emphasis happens to be laid heavily on being seen doing things, rather than doing things – and sadly, some of it comes from a lack of sufficient education and background in the field.

I’m not saying that you need a degree to be a feminist – I am fully cognizant of the fact that it is an ideology that one can arrive at upon being well informed. It is that information that is lacking. Feminism is nuanced, intersectional and not a one-size-fits all approach – which the glamour-chasing segments may not be cognizant of.

Having started the conversation about the meaning of feminism, I will mildly digress to proceed to shut down the doubts once and for all.

Why should women be put back in the rhetoric? Well, simply because the structural violence of patriarchy started with the dominance of man over women.

And how will that impact other genders? When patriarchy subverted equality, the male was dominant, and the female was subjugated.

But gender, you see, is fluid. This fluidity allows for one who may identify as male to also identify with certain aspects of female, or, for one born as male to identify as a female. This fluidity was seen as anomalous – for it was not considered ‘normal’ or ‘acceptable’ for the dominant to identify as the subjugated. So – feminising the rhetoric by putting women back into the dialogue will lead to creating an equal space where none is seen as the dominant or the subjugated, and therefore, fluidity will not be an anomaly. Mic drop.

Now that’s out of the way, with the wave of attention to the maladies in society where gender inequality, gender-based violence and discrimination on the basis of gender have continued to fragment and fracture the society, merely changing the conversation is not enough. Has there been any actual change? Well, in the interest of optimism, I will say that the elephant in the room is enormous, and it takes many, many hands to deal with it. To that end, yes, there has been change – like in the starfish story, making micro impacts that are powerful.

Take for example initiatives like Safecity, She Says India, The Red Elephant Foundation (shameless self-promotion, but we do work and have made an impact!), Why Loiter and the Fearless Collective among others. These organizations came to be in the aftermath of 2012 – not necessarily tied only to December 16, 2012 as the inspiration for their beginnings – and continue to inform the round with impactful change.

However, the larger ethos is still found wanting and is desperately in need of change. Rupande Mehta, the founder of the SAR Foundation, which works to address violence against women and girls, says, “The conversation has begun but I‘m shocked at the level of surprise feigned on the high prevalence of violence against women in India. Sexual, physical and other forms of violence always existed but were never a part of the nation’s dialogue; mainly due to cultural factors. Although the Nirbhaya rape brought many of these issues to the forefront, quantifiable change, overall, has been very limited as evidenced by the lack of action on part of the Government. The battle to change hearts and minds is a long one and cannot be expected to be won overnight but it is almost impossible if there is no political will.”

An activist who wishes to remain anonymous offers, “On ground, at the grass root, there are amazing initiatives and great change. But when you zoom out and go higher and higher, you find that the overarching policy wings are busy having conversations that are repetitive and redundant, but are doing nothing on ground. The focus seems to be about having conversations which end in a great deal of tsk-tsking, but nothing translates. The real work is on ground. Up top, there is sloganeering and a bit of a devoted focus on calling people inspiring, but that’s where the buck ends.”

The Supreme Court of India has relied on the 23-year-old girl’s dying declaration and has found the case to be one with aggravating circumstances. This has culminated in a judgment to the effect that the rapists will be hung. This is certainly justice being delivered, without doubt, but it also makes one wonder about several other cases. Take for instance, Bilkis Bano, who was raped, her family killed – and yet there has been no justice. Consider the recent case of the fifteen year old girl in Chennai, who set herself on fire because her uncle raped her, blackmailed her and her parents told her to keep quiet about it.

Safety at home and in public, however, remain a concern for women today. Be it the Badaun girls in 2014 who were raped and murdered while accessing the lone toilet in the village, or the girls in Chennai who were hacked to death in different public places all because they rejected someone’s advances, this narrative continues to remain. While technology and a range of powerful initiatives have continued to inform safety, awareness is also being carried forth in different segments, the translation and accountability in holding onto these changed mindsets from the community themselves is lacking. One is then led to muse on a difficult question: will change remain frozen until the willingness to change come in? How is one, then, to encourage this willingness to grow?

Nirbhaya’s Rapists Might Hang, But Maybe We Also Need To Look Beyond The Death Penalty As A Solution