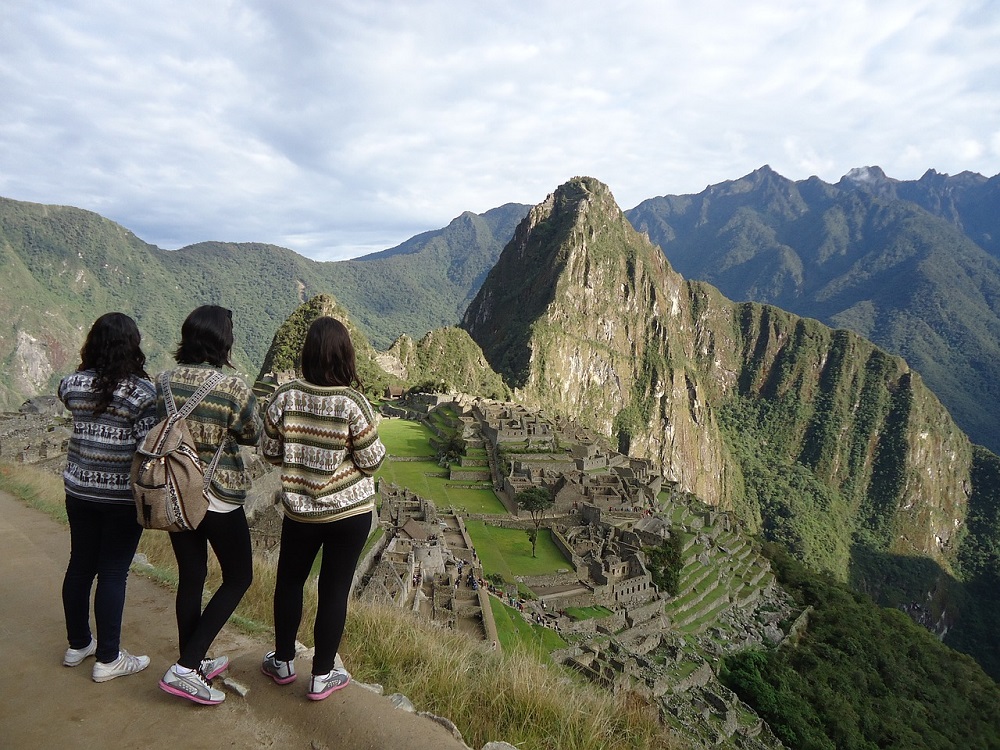 Gasp! Who Knew Men Had A Problem With Women Travelling With Girl Friends?

Why should women travelling with friends be such a problem with Indian society? After all, no one loses any sleep over men travelling together!

Travellers, a far away land, a rocking holiday and a bunch of young married women. Hold on! Sounds like what? Out of the box? Women without their guardians? And, that too, taking control of their own lives for the very first time. A fact that doesn’t go down too well with our protectors & providers!

I know women travelling alone for work or pleasure isn’t an alien concept and the scenario may have changed, although sometimes I tend to forget we are part of the so-called progressive, yet hypocrite society, where permission is a requisite. Specially, if you fall under the category ‘female’.

Don’t you have men and women around you, who still have second thoughts about sending the woman of the house alone? Aren’t we still subjected to morality & responsibility when it comes to demanding a piece of sovereignty? Let alone the idea of a trip with friends.

For us it was morals vs modernity. Raised eyebrows vs “can’t I make my own decisions?” Prejudiced apprehensions vs let’s break the stereotypes. How can a woman go alone without her man vs why should boys have all the fun? An initial struggle with us, the entire euphoria eventually culminated into a trip of a lifetime and a much needed self nurturing break.

For me holding back the thrill of the moment was a bit difficult. However, the flamboyant, free spirited me, for the past few years had been silently but eagerly waiting to encounter an opportunity like this. With several failed attempts, most of which never advanced beyond flights of fancy, had already filled me with a recurring thought that it might just not happen. Nonetheless, the dream remained vibrant and alive.

So when a group of female friends popped up the question, it immediately triggered my long cherished desire to travel and more importantly, be on my own. And not just travel –  the thought held a deeper significance.

A decade of motherhood, raising a set of twins, and all that life jolts you with, the women in me was longing for an enthusiastic escape. Though I wasn’t a caged bird, a getaway was long pending. But as they say, nothing comes easy. Unwanted suggestions poured in.

“Why don’t you plan for a trip to Haridwar instead of going abroad”? one of the men mocked. The other said it wasn’t a feasible idea for us since we would not be able to reach a consensus and might end up being incompatible. And it’s not a good idea for women to travel alone.

The challenge was accepted there itself.

I had made up my mind and I was clearly aware that a yes won’t come easily since looking after the children in my absence was a big debate.

I was asked to change my decision as it might not suit others in the family, and for a moment I felt I had still to grow up being an adult, to be able to take my decisions. I did have my share of discussions and heated arguments. But the rebel in me was ready for the faceoff. In all that exhausting chaos there was another strong woman who came to my rescue, held me high, raising my spirit all the way. It was a pleasure knowing there was another one like me.

And when I took up the cudgels for that mandatory consent from the elders in the family, half the battle was won. However, taking decisions before consulting didn’t go down that well with them.

However, it was pretty much ‘revolutionary’ on part of another friend, who had made up her mind to be a part of the journey despite the shock & surprise at her decision.

Someone who had never stepped out before, anywhere without her ‘man’, was doubtful, yet ready to take the plunge. A rigid mother in law with deep rooted values and her approval, a major issue, the permission with a smile, was far from expected. Adding on to that, an elder brother, who had long back replaced her father, burdened her with doubts, in his bid to halt her voyage to happiness. But obviously, because she is a woman. And she is supposed to adhere and abide to the family norms and the society at large. She has her husband, her brothers, and her sons to decide for her.

Roaming freely in another country with a set of friends was not acceptable.

But she had made up her mind. There was no stopping. The convincing sessions were over, tickets were booked, and our feet firm, amidst wide eyed eyes with dissent… At the end speculations had been buried. The arduous task was anyways achieved after endless persuasions, with some ifs & buts, some typical moral instructions and the rest had to be ignored, avoided and forgotten.

So, we were a pack of five mavericks, beaming with excitement, for our maiden adventure, overcoming all possible obstacles. The following five days were a once in a lifetime experience. We had actually achieved nothing less than impossible, much more elated to have chosen this opportunity more than the destination.

The ending to the fairy tale trip wasn’t less heartening either. It had so much to offer.

The timid sheep had transformed into a lioness. The one who was the most cautious had turned more confident and fearless. I had encountered many more facets of womanhood and acknowledged & accepted people as they are, apart from an overdose of fun.

It wasn’t easy convincing our close ones, and adorning the wings of freedom because freedom may be propagated, but isn’t practised much. I know of so many women who yearn for such offloading but do not have the courage to speak for themselves. Responsibilities and family may be a supreme priority but then is it a crime to be generous to yourself once in a while? Why can’t women travel with a set of friends ? Don’t men travel in a groups with just men? So why are they afraid to offer this opportunity to their women?

I guess a fearless, enterprising, self sustaining woman still disturbs the psyches of a large section of society.

How Many Things Do Women Need To Do To Feel Safe?