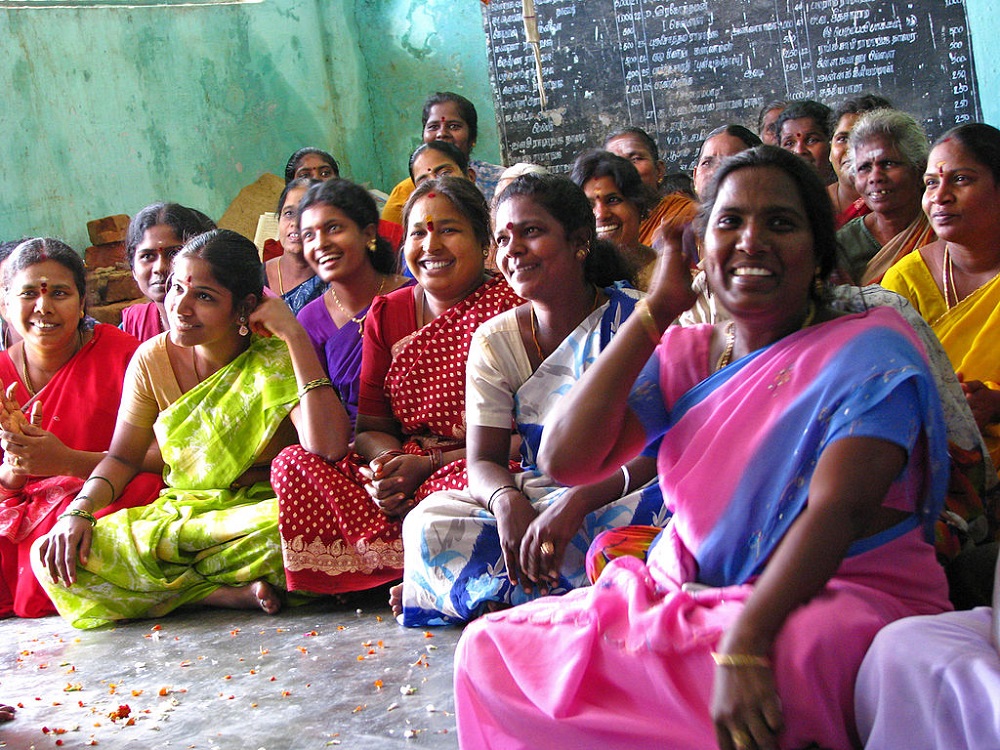 Dr Babasaheb Ambedkar, who crafted our Constitution, was a feminist ahead of his time, and his words need to be read and shared.

History always has something to learn from. For India, BR Ambedkar is that gold mine, which never disappoints. A man who wanted no fame or bhakts, whose life motto was to just get people to think clearly. He is a man who must be re-read for his scientific temperament, knowledge and fierceness but unfortunately, he has been slowly going extinct from our textbooks. Also what is unfortunate is that the vices that he had pointed out in his time, are still relevant.

If you thought of him just as the ‘Father of Indian Constitution’, read the below text to visualise this fierce feminist in him, each and every word as if gold plated.

I am very happy to have this occasion of addressing you. There cannot be an occasion of greater happiness to anyone interested in the advancement of the Depressed Classes than to witness this gathering of women. That you would assemble in such vast number— almost 20,000- to 25,000-strong— would have been unthinkable ten years ago. I am a great believer in women’s organisation. I know what they can do to improve the condition of society if they are convinced. In the eradication of social evils, they have rendered great services. I will testify to that from my own experience. Ever since I began to work among the Depressed Classes, I made it a point to carry women along with men. That is why you will see that our conferences are always mixed conferences. I measure the progress of a community by the degree of progress which women have achieved, and when I see this assembly, I feel both convinced and happy that we have progressed. I shall tell you a few things which I think you should bear in mind.

Learn to be clean; keep free from all vices. Give education to your children. Instil ambition in them. Inculcate in their minds that they are destined to be great. Remove from them all inferiority complex. Don’t be in a hurry to marry: marriage is a liability. You should not impose it upon your children unless financially they are able to meet the liabilities arising from marriage. Those who will marry will bear in mind that to have too many children is a crime. That parental duty lies in giving each child a better start than its parents had. Above all, let each girl who marries stand up to her husband, claim to be her husband’s friend and equal and refuse to be his slave. I am sure if you follow this advice you will bring honour and glory to yourselves and to the Depressed Classes.

One can cut out the glorious pages about Ambedkar from the history textbooks but the fore frontiers of feminism and women empowerment in India must keep reiterating the history. If not for Ambedkar’s Hindu Code Bill, women in India would not have even the most basic rights such as:

He was the first one to introduce the concept of a monogamous registered marriage in India. Also until his Hindu Code Bill (which was first rejected by the RSS saying it would break the Hindu families in India, leading to Ambedkar’s resignation), marriage was indissoluble in India. He not only gave the woman a right to divorce but also made sure that a woman could file a divorce in lieu of forceful marriage/fraud by parents/elders.

Especially in these times when we have political goons (the crusaders of ‘Indian culture’, its interpretation being their private property) telling us what to wear, what to speak and what not, and giving us rape threats if we don’t abide; Ambedkar’s message puts things back in perspective. He not only speaks of our rights but also our duties to keep ourselves, our daughters educated, and uplift the depressed class. Any culture is made up of the actions done by its people. Hence this text also reminds us that it is not in the ‘Indian culture’ to disrespect and to intimidate its women because there have been people like Ambedkar who have spoken up against the discrimination.

I read a lot of books. And this piece was inspired by my discovery of the book ‘The Essential Ambedkar‘ by Bhalchandra Mungekar. I think it is a crime to just read and not write, share about it.

Image source: By McKay Savage from London, UK [CC BY 2.0], via Wikimedia Commons, used for representational purposes only.