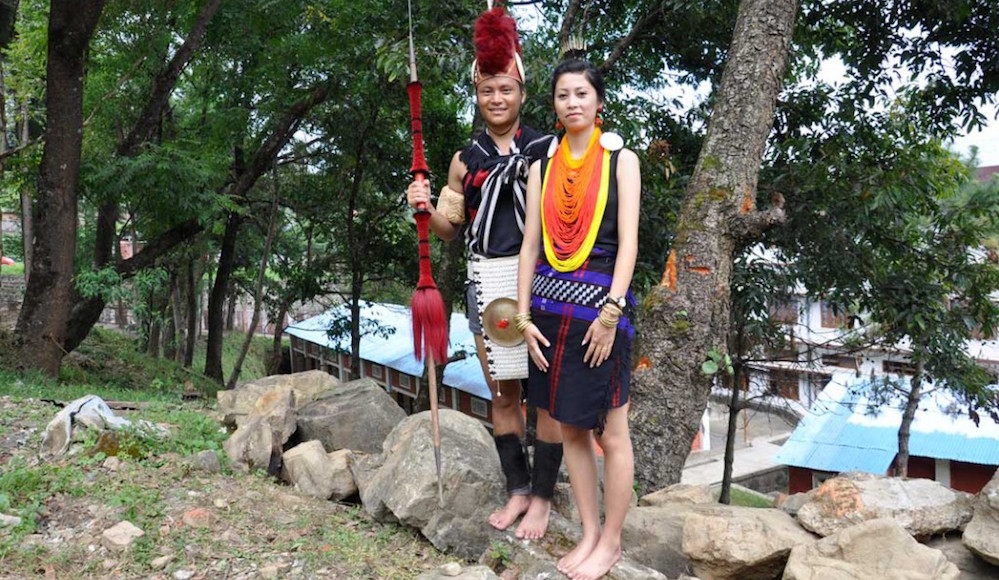 The Nagaland riots in recent times have their roots in some men’s fears of women gaining an equal voice in politics and power. It’s time we stopped using ‘Culture’ as a crutch to limit women’s rights.

I didn’t want to put up those instigating images of riots but in case you don’t know, there are riots going on in Nagaland since the 3rd Feb 2017. According to Quint, “Nagaland Chief Minister TR Zeliang on 2 February rejected the demand for his government’s resignation following the death of two persons in anti-ULB poll agitation in Dimapur and appealed to the people to stop violence and not fall prey to rumour mongers.”

“A woman is not considered to be equal to men”

The protestors are demanding a removal of 33% reservation for women in the ULB (Urban Local Bodies), a body of governance for the state. These protestors include the traditionalist tribal groups such as the Central Naga Tribal Group. Just a month back, the President of the Tribal Group had categorically explained to FirstPost, their problem with the reservation (hold your breath for this):
“In Naga society, a woman is not considered to be equal to men. She is not even allowed to speak in Panchayat until and unless she is summoned by it. Providing 33% reservation to women amounts to giving her the same status as men and it gives men inferiority complex.”

So no sugar-coating, no pseudo talks about how ‘opportunities should be equal for all. Women must not be given added importance’. Point blank answer. In your face.  Maintaining that his organisation has no other problem with the Municipal Act passed by the government of Nagaland except the provision of 33% reservation for women.

“In India, men are considered to be superior to women as per customs and that has to be taken very seriously,” he added to the people at FirstPost. Another tribal group that is supporting the protest also says the law infringes on custom.

Generally when riots happen in the mainland and other sensitive areas of the country like Kashmir, Manipur, Mizoram, Assam (as also Nagaland), etc, we try and shut our eyes to it, wondering if it is a tricky situation that has no solution. In some instances, the Naxalites and the stone pelters seem to be right, and in other instances, the policemen/army men seem to be right. But this one is not one of those cases. This is very much black and white.

What do Naga women have to say?

In effect, the Nagaland State Assembly does not have a single woman as its member. The Naga Mothers’ Association (NMA) asserts that having an opportunity of an equal say in governance cannot be ‘against the Naga Customary Law’. And this reservation is essential to promote gender equity in the customary law. NMA says that over the years, “Only men spoke and only men heard”.

It is 2017 and we are still debating whether women need reservations in politics or not. I am not sure if these people are looking at women around them or how are they judging the lack of requirement. In most cases, the point of ‘merit’ is brought out. Like any other reservation, the problem with this idea of ‘merit’ is that the other person needs to be well placed to ‘compete with you’. It is years of discrimination and patriarchy such as mentioned above (by the Naga tribe men), that a woman will have to break, to even file a nomination.

Everyone opposing reservations should first ensure a discrimination free society. The purpose of law is not equality. It is equity. When two genders are not treated equally, there is no point of equality, in this case, we need equity.

You must have seen this illustration before. This clearly explains the case of Equality vs Equity.

Use a privilege calculator today

This question reminds me of a recent session I attended at the Jaipur Literature Festival. Ms. Mrinal Pande, a television personality, journalist and author, who was awarded a Padma Shri in 2006 said,

“When I go to some of the events on gender equality, I witness this royal divide. There are women who are supremely articulate in English, speaking about women empowerment, women issues and then there are rural women there too. In one of the instances I asked a rural woman, do you know what’s happening here? She said, “It seems like they are talking about us but we don’t know what. “The only difference between them and us is that they smoke cigarettes and we smoke beedis.”

div>In another session about the Mainland of North East, Teresa Rehman, author and activist, pointed out that, “Disputes and the political discourse in the North-East have always been too masculine. Women had no voices.”

As far as feminism is concerned, we’ll all have to check our privilege before we talk. Feminism is not just about upper caste, urban women. We will have to look across our troubled states and cities and help women over there too. The worst affected women could be called the tribal women.

Feminism cannot be just about writing their stories and speaking about them. They will have to be given the mic, pen and paper. Their words will have to be translated and brought out.

Once again: Why 33% reservation for women is essential

Before you say that ‘Women don’t need reservations’, who are these women you are talking about? Are you talking about yourself or your friends? What do you know about the tribals and the other rural and urban poor women who do not come with a silver spoon? We will have to ask some uncomfortable questions to ourselves before we make a judgment.

At times, I find debates on Culture pointless. A debate where the only answer to injustice to a particular gender or community’s human rights is ‘our culture’ is pointless.

The Naga tribal heads can say, ‘women are not equal to men in our culture’ but that just means we need to question that supposed culture now. We need to agree that whether or not a culture/past actions/mythology consider women as equal or not – today we need to move forward.

It is 2017 already. When you use statements like ‘women don’t reach that position because they are not capable enough’ as a defence, you are indeed questioning your own system. Women across the world are getting/taking equal representations at various parliaments and political boards. You are saying that your women aren’t good enough. Who is at fault in that case? Is it something to be proud of?

This is obviously not a point of rivalry because of years of seeing men at the forefront. Men who are not patriarchal and who don’t see women as inferior have no worry whatsoever. The problem with all-men panels, committees and boards is that no single gender is adequate enough to address problems, concerns and issues of all genders.

We will need adequate representation of all genders to make decision-making bodies that are capable to do justice to all. And this in no way can be ‘harmful for the future’.

Top image shows a man and woman from the Khiamniungam tribe, courtesy the Nagaland Tourism website.

Naga Men Riot Against Women Standing For Elections, All In the Name Of ‘Culture’!