Divorced women seem to attract more stigma than divorced men do. Marriages do fail like any other relationships, and that is no reason to gossip about it! 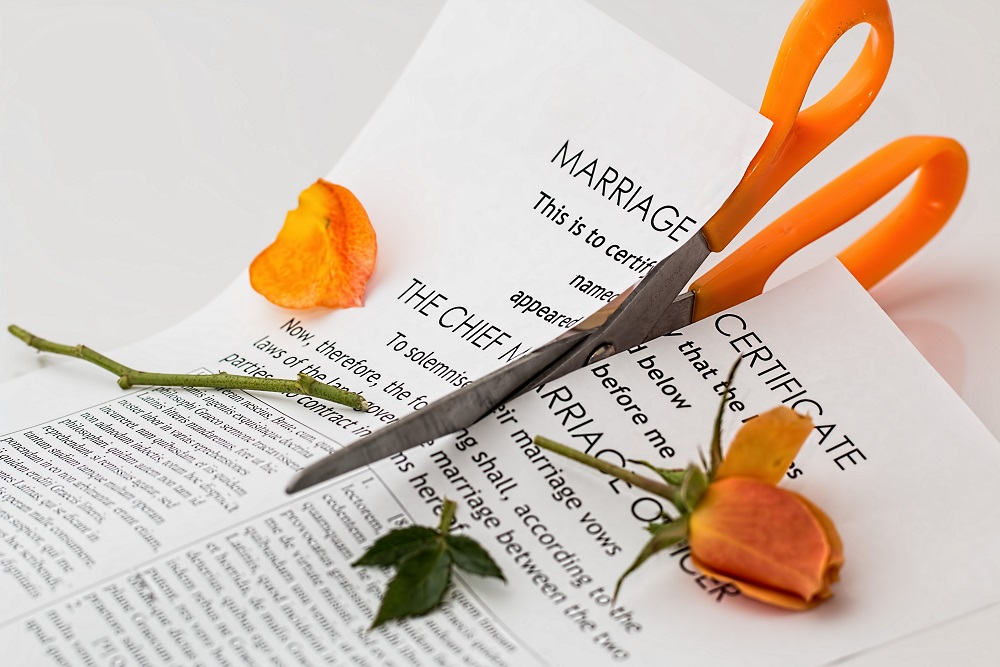 Divorced women seem to attract more stigma than divorced men do. Marriages do fail like any other relationships, and that is no reason to gossip about it!

Marriage is said to be an institution, an amalgamation of not just two lives but of families. Agreed, but the idea (which seems to not go away yet) that staying married till the end of life is plainly a ‘notion’. It maybe offensive to many but yes it is just a ‘notion’ of having to stay married.

Then again, I’m not saying that divorce is the only option. Many a times there can be problems that you can sort out by working together on them. But sometimes, it cannot be made alright, and in some cases should not be also. Divorce may seem the only way!

There can be many reasons to stay in a bad marriage, and if not you, people around you will come up with them. But when you find that one good reason to walk away, you must – for the well-being of yourself and the loved one. But be sure before taking that step. Once you have made that decision, there are many consequences that you may face, being a woman.

Today, I write about all that I have read, witnessed and seen. I stand up for many things, but sometimes I did not, and feel guilty about it. I write not to voice the pain, but to question the people around who fail to stand up for these women. You cannot just talk, but need to really be there for these women.

Having said that, many men suffer through a bad divorce too, though I personally haven’t witnessed this.

Coming back to the point, why is ‘Divorce’ still such a taboo word in India, especially for women? Men mostly get a sympathetic nod and how it’s time for them to get married again. But very few consider the idea of remarriage for a divorced woman. If she has a kid, then forget it. More so, women are seen upon as extremely vulnerable people who don’t know how will they go through life. It’s time we changed these outdated thoughts, don’t you think so?

Being divorced is just another phase of life. In every relationship, you could have a break up. The same is true with marriage too.

So just accept it, rather than being melodramatic about it. To that aunt who pesters and makes those ‘tsk, tsk’ sounds every time she see her, I would say just Stop it!

Why should a divorce mean unhappiness? Women who were in an abusive relationship, were not treated well or respected, or were cheated upon might be feeling lighter after the divorce. We should be proud of them for taking the decision, to not be in this kind of relationship. They have for once put their self-respect and their children ahead of ‘what people will say’, which is great. It’s all the more reason for her to be happy, free, and think about a life ahead.

Yes she does not have a partner. No, it does not mean she needs one!

Having someone to love is good but does not mean, it’s utmost necessary. You sure love yourself more than anybody could ever even try too. It’s completely her choice, whether she decides to date someone or to marry again. You do not need to make a decision for her. Advice for her to be happy and that’s all.

Society has some seriously bullshit ideas. Stop forcing her to live by them!

Don’t be a selfish person who doesn’t stand for their daughter, sister, friend and decide you can’t answer or make the society understand. Who is this society, anyway? People who want to talk will always talk.

If you are ashamed of the person you love, because she is going through a divorce, then please grow up and understand their perspective. You should be supportive and proud of how independent they are and believe they’ll make it through. Stop the gossip!

Divorced women are not easy…

Yes, am talking to the perverted men and women alike, who feel a divorced lady could be easily wooed into bed. That they are needy women who just want some emotional support and someone to lean on, and can be led on.

All women who talk and suggest such things, shame on you. Men who want some sex, go find it elsewhere, instead of being a sadist to prey on their emotional state. Every woman- married/unmarried/divorced/widowed may have physical needs, but who are you to decide this for them?

And to the divorced women out there…

Lastly to all the women who are thinking of or are in the process of or already are divorced, stop beating yourself about it. You have just got out of a toxic, abusive, relationship and you should be proud of it! Don’t forget your struggle to have stood up and come out of it. Let it be your strength as you move along. Don’t let people tell you what’s right or wrong, decide for yourself, and never ever let anyone take advantage of you. You are entitled to happiness and finding happiness. Don’t hold back, just because some silly people are telling you how to be. Be you and be sure!