What is the true meaning of women’s empowerment? Is it to fight for the right to pursue one’s dreams, without guilt or fear?

I was overjoyed to see some good news on women’s empowerment in today’s newspaper. I really don’t know how many of you have read this but let me share my happiness here.

“Let her fly…let her be airborne all the time,” the Supreme Court told the government responding to a petition filed by an Indian Air Force pilot, Sandeep Kaur, asking to be on a permanent commission to serve the country.

Her application for the permanent commission was rejected earlier in March 2016 but then she appealed again and finally got her wings back. No doubt, such sexist bias is sure blocking women’s progress everywhere.

I must say there are surely many such empowered women on the move and we need many more judgments in the coming years to fill the vacuum!

The word ’empowered’ sounds great and gives one a feel of going your own way or setting your own path for your emancipation. It’s really good to see such successful women when we talk about women empowerment and women’s rights, respect and safety issues. But apart from the news or media, where exactly I can find them? Are they ones who are in the Armed forces? The doctors, lawyers, teachers and hardcore professionals who are expending their sweat to achieve their goals?

Or should I look at those women who are not educated, but still earning for their families, fighting for their rights, and even for every penny and drop of water which might take all their energy on an everyday basis?

I am a stay at home mom (SAHM), by choice. There was the time when I was a typical career-oriented woman and very much into this race to reach higher and higher. Later with family responsibilities and being part of a nuclear family, I took a break and decided to be a SAHM.

Similarly, I know many women who chose to quit work for the children and families. A few managed to go back to their work while a few couldn’t.

I am not questioning their choices and neither am I saying that they are not entitled to be called empowered women. Yet, as I see it, there are a few different ways.

Scene 1. An uneducated woman with an alcoholic husband and with two growing children. She works as a cook in the morning and in the daytime she has one small shop to manage. Besides that, she needs to do all her household work, send the children to school, then send them for tuition, cook and manage all the chores which you can expect as a homemaker as well as sole breadwinner. She has never compromised on her children’s education and gives them the best she can afford. She fights every challenge that has come her way and had tried to conquer them all.

Scene-2. A well-educated woman, who decided to quit her job or perhaps who never worked and has taken care of a family. Ultimately she ended up managing all the work alone without any help. An educated and independent women, she had plenty of work to do from dawn to dusk. So every single day, she finds herself lost in chores and with no time for herself. She never mustered the courage to speak up against anything where she is not comfortable. The result is that she is a superwoman who is stressing herself.

Scene-3 . This is an educated, working woman. She is an expert at managing the home and office efficiently. She does have help for cleaning and cooking and so is still better off. But every week or once in a month she faces domestic violence and abuse from her husband. She keeps silent ‘for the sake of the children’ or perhaps doesn’t want any legal stuff that may cause her more hassle, like a police case or women’s cell dates. Life is going on with everyday’s risk.

I am sure there must be many more categories besides these three but as a whole, we can’t deny that these are some thought-provoking situations that exist, apart from the happier ones.

But for me, out of the three, the first one is more empowered than the other two. She has the guts to speak against evil and to rise as a powerful human being. Being uneducated she is much more subtle and yet ambitious in her deeds and is happy with the decisions she makes every day. She may not live a luxurious life but she has no guilt and no stress of killing herself for others’ happiness and no fear which can stop her from fulfilling her dreams.

So what do your mind and soul tell you when you talk of empowered women? 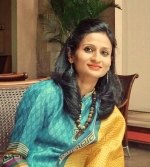 Have Pity On The Men Who Need To Cope With Some Empowered Women I Know!