We might mean well when we try to comfort a crying child saying boys don't cry. But do we stop and think what far reaching damage we do unintentionally?

We might mean well when we try to comfort a crying child saying real boys don’t cry. But do we stop and think what far reaching damage we do unintentionally?

These were the words of wisdom Robin, my neighbour, had for my son who was crying his heart out after falling off his scooter. The four-year-old was trying a trick but lost his balance. As I was checking him for injuries and trying to comfort him, I heard these words, words that hit me like pellets.

My son had no injuries, he was just shocked. A light massage on his legs, a hug and few kisses, and he was ready to ride the scooter again. And I was ready to give Robin a piece of my mind.

“He shouldn’t cry because he’s a boy? So, what do you tell your daughter and nieces? They should cry because they are girls?” I asked.

“Oh come on! I was only trying to calm him,” quipped Robin.

Dear Society, It’s Time We Accepted That Boys Cry Too! 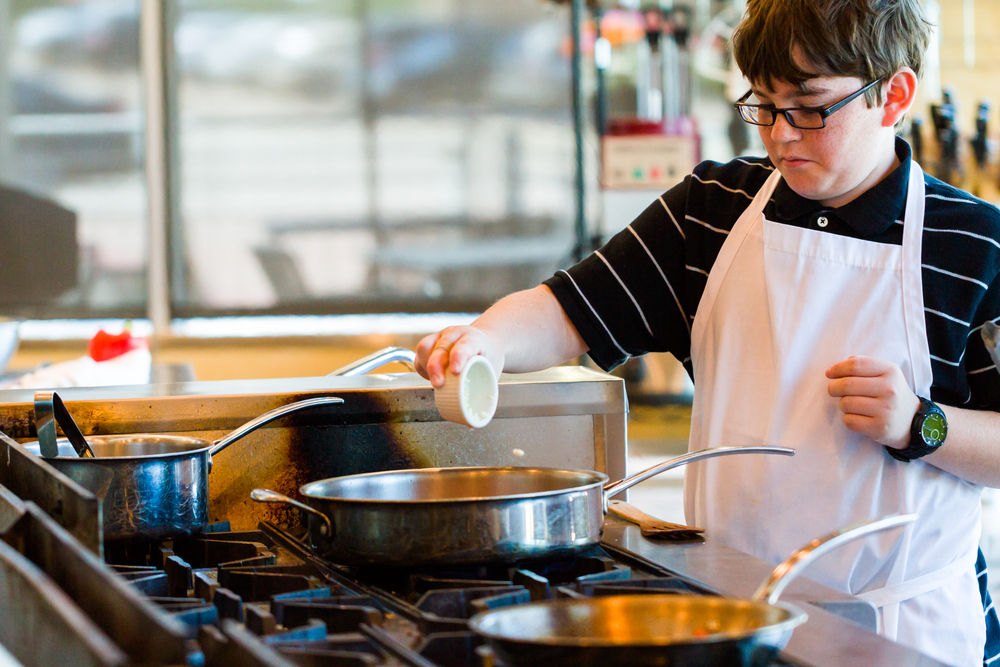 Boys Don’t Cry! And Other Common Gender Stereotypes I Won’t Teach My Son

“And how do you calm girls?”I asked.

“Well, well, well. Don’t stretch it that far. Leave it,” he smiled and left.

I too got busy with the kid. The conversation, of course, left me peeved. But it wasn’t the first time I was hearing this catchphrase – real boys don’t cry. It wasn’t the last time, either.

In the park, on the street, in the kindergarten, everywhere – gender is being infused in conversations with toddlers, young children… Four-year-olds, five-year-olds, six-year-olds being told they should behave or shouldn’t behave a certain way because of their gender.

Just a few days ago I saw a five-year-old boy playing with his sister’s doll in the same park. The boy was actually playing hide and seek with his friends, but he got tired after a while and sat on the bench where his little sister was playing with a little doll. The boy held the doll and started making faces. Just then an elderly woman passed by and said, “So, nowadays even boys play with dolls?” The little boy threw the doll, jumped off the bench and joined his friends again.

I am sure Robin and even that elderly woman didn’t mean any harm. They had good intentions, and they were making or at least trying to make normal conversations with kids. But what they didn’t realise was that even with this seemingly innocuous everyday communication, they were helping these young children internalize sexism and misogyny.

I have heard, several times, parents, siblings, nannies telling little boys to stop crying like ‘a girl’. Do people who use such words to get a little boy to stop crying ever realise how would a little girl feel if she overhears these parenting gems? Wouldn’t these cruel words make her wonder if she’s born with the wrong, or weaker gender? How would these words impact a girl’s psyche, and for that matter, a boy’s?

Robin is a family friend, a family man, a helping neighbour and a gem of a person. We meet at family get-togethers and often at the local park where we bring our kids for few hours almost every evening. He is every inch a doting father to boy and a girl, and, like every parent, wants the best for his kids. And he too is worried about the steadily rising cases of crimes against women in the country.

Misogyny and gender discrimination remain at the heart of several forms of violence against women, if not all. But do we ever realise that each and every one of us has played a part in internalizing and hence perpetuating misogyny though our seemingly harmless everyday phrases, conversations and sometimes activities?

When Robin tells his son or the neighbours’ sons that they shouldn’t cry because they are boys, he is instilling in them a notion that crying is not for them, it’s for girls – the weaker sex. He is letting them assume that crying or complaining is bad, an act of cowardice and therefore reserved only for girls. He is catapulting them, though inadvertently, into socially and culturally constructed mould of masculinity. He is participating in perpetuating a culture, at least passively, where emotional outburst by boys is a sign of weakness and openly expressing grief goes against the norms of masculinity. Crying, even in pain, is a woman’s thing and boys should stay away from anything even remotely perceived as feminine.

Such an attitude is damaging to both the genders.

Apart from instilling in a little boy bias against girls and a notion that he is better by virtue of his gender, we are also snatching from him the space and opportunity to express himself freely. We are not letting him cry in pain. We are telling him not to behave like the members of other gender; we are telling him to “man up” in his vulnerable moment of need.

So the little boy will learn not to grieve and not to complain. He’ll learn to maintain a controlled superficial expression but miss out on a natural healing process that follows a meltdown.

Dear society, don’t make him sit on the powder keg of repressed emotions waiting for its fuse to be lit. Let him cry because boys cry too. Crying is normal, not crying is not.

‘Patriarchy is detrimental to women!’

Well, we have heard it a zillion times, and I am sure, many of us know that it is harmful not only to women, but to men as well. It harms both sexes equally. But how many of us believe women to be active participants in perpetuating patriarchy?

In Moments Of Grief, Crying Doesn’t Make You Weak, Instead It Helps You Feel And Heal Better!

We are often asked to stop crying or expressing ourselves. Why is our society so afraid of tears? Shouldn't we just people feel what they want to?

We are often asked to stop crying or expressing ourselves. Why is our society so afraid of tears? Shouldn’t we just people feel what they want to?

“Be strong. If you cry who will handle others?” “Don’t cry, tears are a sign of weakness!” “Stop crying. You are not a girl. Boys don’t cry!!”

I have somehow not been able to assimilate these lines well, though I try to ignore them until recently.