Michelle Obama For 2020? Here’s Why She May Decide To Keep Away From It 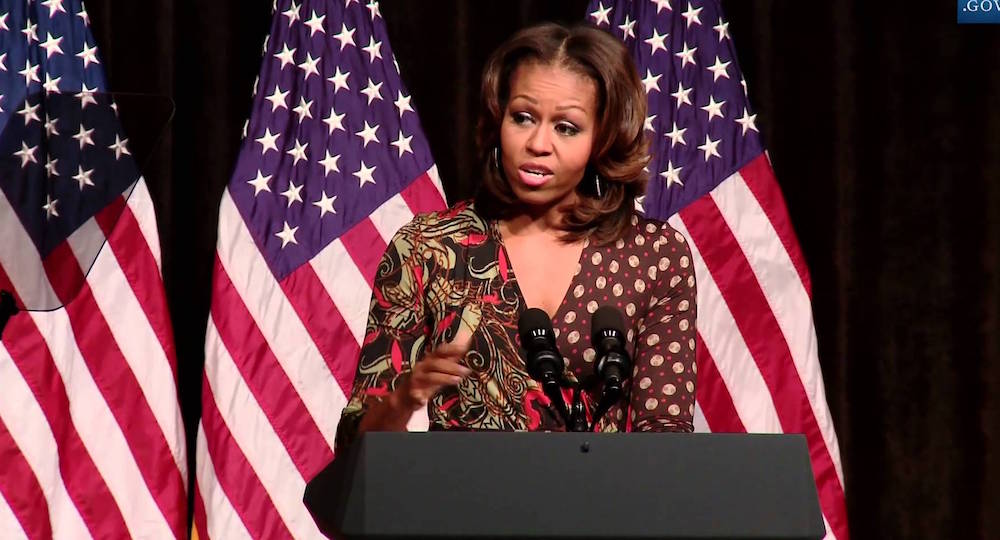 The highly controversial US Elections 2016 are over and the country has chosen its president in Donald Trump. Is Michelle Obama for 2020 a realistic hope?

I call these elections controversial because the country selected an offensive and racist, albeit highly successful businessman over a seasoned politician with years of related work behind her.

Much has been and can be said about the campaign and elections, and one person who shone out from the shadows of just being a First Lady to a powerful voice behind Hillary Clinton, is Michelle Obama.

Such was the effect of her speeches and presence during the campaign that as soon as the election results were announced, social media was wrought with messages which resounded as ‘Michelle Obama for 2020’.

Despite being a novice in the world of politics she found her place in the hearts and minds of millions of Americans. Her strong personal qualities transcend political favoritism, gender or race.

Her popularity is definitely higher with African Americans, immigrants and women; however her strong positive image has caused ripples amongst the white conservatives too. A reason for her popularity also might be because all her endeavors were ‘service related’ and she has always clearly denied any political interest; even after her very active involvement in the 2016 campaign trail.

Despite her overtly powerful and positive image, is America ready for an African American woman as President?

Michelle Obama might be popular, but does she have the political acumen and experience, like Hillary Clinton, to win an election? Probably not.

Despite her personal achievements, something which hampered Hillary’s campaign was her husband’s sex scandals. Can another first lady come out of her husband’s shadows as an independent individual? Probably not.

Today we are face to face with an America, where, the country finds its voice with an individual who makes outright demeaning comments on immigrants and women. The rustbelt, the silent majority, the white working class impacted by perils of outsourcing to countries of cheap labor, find a voice in him.

The world was thinking that Trump is setting himself up for dismal failure, but he won. Is this vote base going to support an African American woman as its President? Definitely not.

Michelle Obama has been an advocate of the arts, education and women. Her work in the social sector has been highly appreciated making her the #13 most powerful woman in the world (as per Forbes).

However politics is a dirty game towards acquisition of power and when she denies her inclination towards it, she surely knows what she is keeping away from!