Neelam Kumar speaks about her journey from the depths of despair to new beginnings, to becoming a successful, best-selling author. 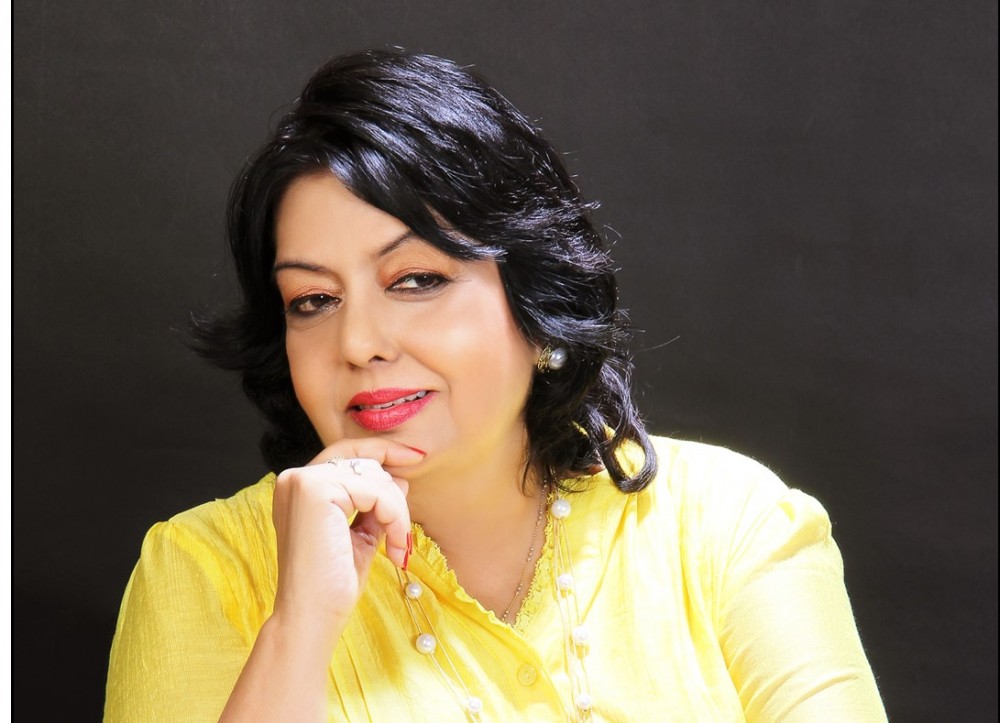 Neelam Kumar speaks about her journey from the depths of despair to new beginnings, to becoming a successful, best-selling author.

Neelam Kumar was born to accomplished writer parents – Mr. ON Panchalar and Mrs. Urmila Panchalar. Her parents were selected by the Indian Govt. for a deputation to Russia to translate Russian books into Hindi and English for an Indian audience.

Growing up in Russia, Neelam calls her idyllic childhood there her ‘strawberry years’. She remembers the fairy-tale life she and her sister had, connecting with nature on a deep, personal level – picking fresh strawberries, swimming in the Black Sea, growing and maintaining their own garden.

The end of the deputation saw the family back home in India.

The Indian education system and their obsession with marks, that promoted rote learning and bookish knowledge, proved to be a challenge for Neelam Kumar. Labelled as ‘wood sitting on wood’ by her teachers, Neelam decided to pursue English Honours for graduation. Under the magical spell of Wordsworth and Shakespeare she discovered her love for poetry.

A strange cocktail of Russian-English words danced and swayed in her head, spinning themselves into sentences. This prompted her to write the short story ‘The Snake Woman’, which was soon published and awarded.

What Neelam did not know then was that she would one day become a heroine herself – in more than one way! 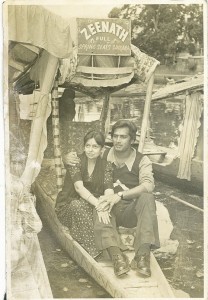 With her husband, holidaying on the Dal Lake

A whirlwind romance with a handsome engineer awaited her just round the corner.

“I think I fell in love with him because he quoted my favourite poem,” reminisces Neelam, dreamily.

A romantic Neelam wanted to elope and settle into domesticity immediately, but her husband thought otherwise. He ensured that she completed her higher education including a Masters in Journalism from the USA. It was he who pushed her to write. Whether it be her love letters to him or a column for a leading national daily, he was her best critic and biggest supporter. Unknowingly, he was preparing her for bigger things to come.

Till Death Do Us Part

Life was perfect until one day when an otherwise minor ailment led her husband into the emergency room for a routine procedure. What followed was a case of major medical negligence! An untrained callous intern pierced a needle through his heart, puncturing it.

Alone and unprepared, Neelam Kumar struggled and battled even more hardships. The love for her children and her writing kept her together.

“Writing became my solace… my refuge. Through words, I constructed a new meaning to life,” she says. She directed her grief into words, as a way of paying him a tribute.

The Good, the Ugly, the Better

As Neelam aspired to make her late husband proud, her writing caught the attention of many. One such genius – Mr. Khushwant Singh – wrote about her in his column ‘With Malice Towards One and All’. He titled the piece ‘Unforgettable Neelam’.

An American-educated Neelam Kumar revelled in these minor achievements until Mr. Singh punctured her ego, telling her to unlearn everything. He offered her his tutelage.

“In Public Relations, we ‘fluff’ out a single event – make a mountain out of a molehill. So like a rubber band, my writing had s-t-r-e-t-c-h-e-d. In the US, it was about getting to the core. So Mr. Khushwant Singh kept rejecting my somewhere-in-between writing until I ‘got it’. I am so indebted to that training.”

Around this time, a cruel and demanding demon called Cancer came visiting. A young Neelam was still reeling from her husband’s death. This wasn’t something she was ready for.

It was tough, she admits. She questioned the purpose of living as any Cancer patient. Anguished and lonely 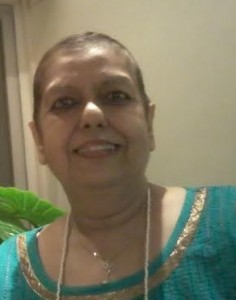 through the painful treatments and expensive surgeries, depression began to set in. Unsavoury thoughts tormented her – from her survival to her children’s future. She kept her innermost thoughts from her family, of course, but Khushwant Singh was supportive.

“He gave me a new purpose in life. He said, ‘Look, you have written enough about English literature, with half your life spent in Russia and the other in the US. Now you must do something unforgettable for your country. Are you up to the challenge?’”

Neelam decided to fight and went to Bombay for further treatment. After eight cycles of radiation, Neelam couldn’t recognize her own body. On Khushwant Singh’s advice, she threw herself into her writing; focusing on being a good mother and a good Indian by telling stories to the newer generation.

Without Google’s aid at that time, she travelled across India for her research. The year and a half long struggle was a journey of excruciating pain and wondrous literary discoveries.

“We picked up stories in Urdu, Punjabi, Hindi and wrote afresh for the English section.”

‘Our Favourite Indian Stories’ – the book that followed soon after became a resounding success. It changed her life around. 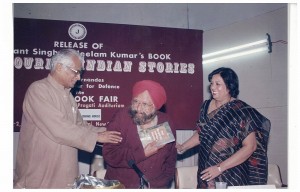 Launch of Neelam’s book at the World Book Fair with Khushwant Singh and George Fernandes, then Defence Minister

“From a cancer-afflicted widow, I was a bestselling author”, she smiles.

Neelam recalls her time with Khushwant Singh fondly. “I was in awe of the depth and vastness of his knowledge in every field. I was bowled over by his sense of humour,” she says.

“We Indians are the biggest hypocrites possible. We take ourselves too seriously,” he said to her once. It is this learning that stood her in good stead. It was from him that Neelam imbibed the ability to laugh at oneself.

Major success followed along with many more books. 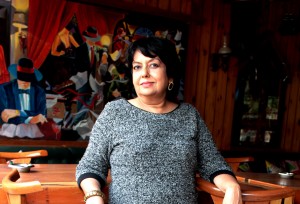 In 2005, her friend introduced her to Buddhism. Neelam calls that a life changer. “She suggested that I change the horror script of my life into a happily ever after one. That I not carry my karma all my life. I was intrigued. I followed her advice and immediately benefits started pouring in. Just with deep faith, I began to see the kind of victories I had never imagined.”

Cancer visited again. But this time, it was no match for Neelam’s army of inner strength, positivity and sense of
humour. “The transition from ‘Why me?’ of a victim’s frame of mind to a victor’s was quick enough,” she says. 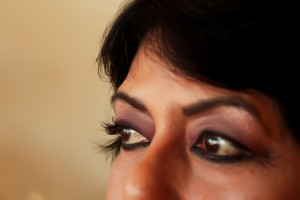 Equipped with her faith and sheer will to survive, she decided to become a warrior. In between chemotherapy cycles and radiation treatments, came writing sprints. Despite the difficult phases, Neelam chose to look at it humourously.

An alter ego, Carol, was born and through her Neelam lived like a free-spirited wild child. She not only emerged victorious from Cancer but also made a huge mockery of it in her book, To Cancer, With Love – India’s first humour book on Cancer. 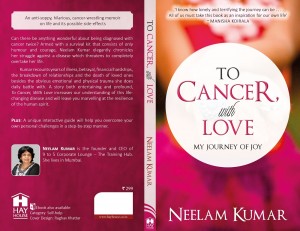 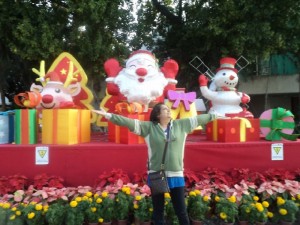 Happiness is an Attitude!

Tomb Of Sand Is A 1st: Book By A Woman Translated From Hindi, And Shortlisted For The Booker 2022!