A Person Battling Cancer Needs Your Positivity, Not Your Pessimism

Cancer can also be life-changing, even if controlled or cured. A person battling for their life needs positivity in the people who visit, not gloomy stories of karma or gory tales of other's diseases. Cancer can also be life-changing, even if controlled or cured. A person battling for their life needs positivity in the people who visit, not gloomy stories of karma or gory tales of other’s diseases.

My dad recently got diagnosed with colon cancer and the diagnosis scared the hell out of my parents and people around them. Being a physician I could kind of understand the disease process, but not the emotional aspect associated with it.

Revealing bad news to people has been taught to us as a part of our profession. It’s not easy, I know. My husband who is a gastroenterologist, won’t reveal the bad news on Fridays unless it’s an emergency, waits until Monday morning to let the patient enjoy the weekend. Now I understand better from a patient’s perspective of the difficulty involved in hearing a bad news.

Numerous people came to visit him in the hospital after his surgery. Some came in with fruits and sweets even though he is diabetic and couldn’t take food orally at that time. Many were offended that they weren’t informed of his condition. A few of them almost spoke of goodbyes.

The melodrama made me chuckle even in such a situation. Sitting in the chair next to my mom in the hospital room, my mind wandered. I thought of what really cancer meant to these people. Dealing with cancer and its emotions is not easy, but dealing with ignorant people is harder.

Once I moved to America, I remember discussing about differences in culture, and how Indian culture and beliefs are depicted as a circle. We loop everything around us to our karma. Diagnosed of cancer: oh my, what wrong has he done, was it because of his karma! Oh, you know what, he didn’t treat his wife well..!! My rebellious neurons kept questioning all these people, “if so, why do 2 year and 3 year old kids get cardiac problems, why do neonates die..?” They even had an answer for all my questions, the karma in these cases was in previous janma or birth.

We try to correlate a disease, a pathology to our lives. We try to tell ourselves that disease is an evil thing and it can be warded off by the good we do. I smiled half-heartedly and nodded to accept my defeat. I even made a few silly jokes that it’s not a 1960 Kannada movie and we have medications now.

Cancer in its nature is cruel. It has the potential to shrivel a body, soul and the confidence. But cancer is not synonymous with death. In this day and age, at least majority of them detected in the early stages can be cured or at least be controlled. If you think about it, it’s better to have cancer than have a massive heart attack. It’s of course better than a road accident. And it’s better than getting some of the infectious diseases like Ebola or AIDS.

Cancer is a new perspective, an awakening. Probably its body’s way of telling, I need help fighting a few hooligan cells. And chemo, radiation and surgery are ways to get rid of these evil, rowdy and hooligan cells from our body. I have to quote one of my endocrinology friends saying, people are not going to die of cancer, but surely from diabetes. Extremely high and low blood sugars can kill, cancer still waits.

Cancer needs an attitude of fighter mode, I knew my dad had one. It needs the person to take care of himself without shame or guilt. Hence the culture of karma and the pathology needs to fade away. World renowned Sadguru Ramakrishna Paramahamsa had throat cancer and our history states he was one of the most sacred persons in humankind. What wrong doing had he done? He just had a pathology and it was his body’s way of conveying that it needs to be helped. We are blessed to be living in an era where cancer is just another disease which can be cured, or at least controlled.

The goal of my writing today is: to request people visiting someone in hospital, to tell them stories of hope, inspiration and how mind is greater than matter. They don’t need to hear your opinion on cancer and how your wife’s brother-in law’s grand dad had bloody vomiting and he didn’t make it. Cancer is an awakening to the mature recognition of how fragile life is. And how valuable time is. You need to be aware of the messages your body and your life sends to you.

Image source: cancer patient with his family by Shutterstock. 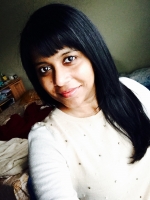 I am Dr.Suman Shekar, born in India, currently residing in Bowling Green,Kentucky,USA. I am a Med-Peds physician and a mom to a 3 year old beautiful daughter. I am passionate about read more... 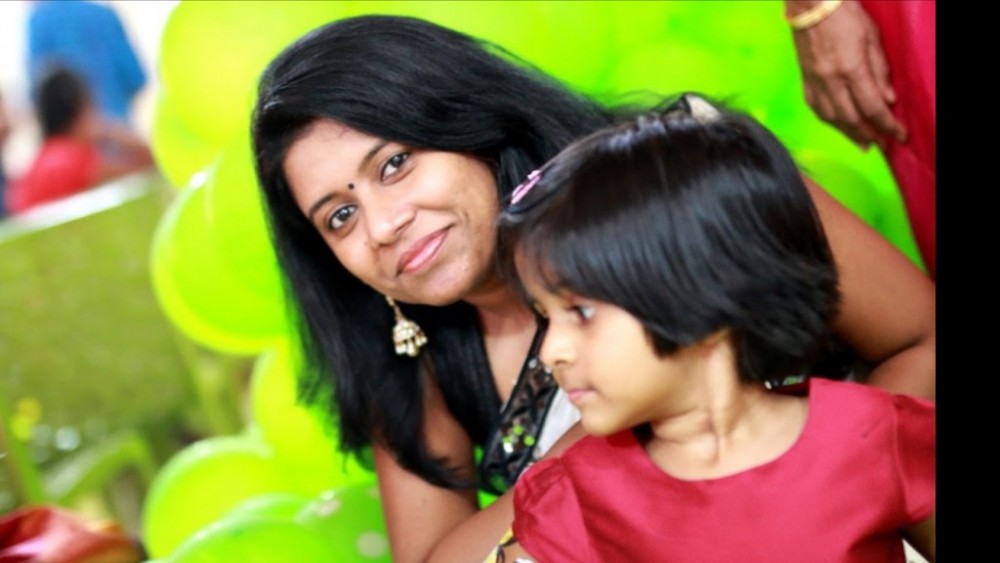 My Daughter Is Born Dark Because Her Mom Is Super Hot!