Indeed, in all the years after Independence, there have been remarkably few female chief ministers in India, and only one female Prime Minister, i.e. Indira Gandhi.

Being the daughter of Jawaharlal Nehru, Indira Gandhi was considered the logical heir to the Prime Ministerial post. Party bigwigs thought they had a ‘Goongi Gudiya’ who they could bend to their will. But, she took everyone by surprise by becoming one of the most iconic, charismatic and brazen Indian female politicians.

Remembered still for her unforgettable leadership and scientific temperament, Indira Gandhi had to prove her mettle owing to the preconceptions and prejudices around women’s leadership. She showed the world that women were capable of handling the responsibilities of war leadership (1971 Indo-Pak war). She had the balls to stand up against the United States, supporting ‘Non-Alignment’/non-involvement in the Cold War. 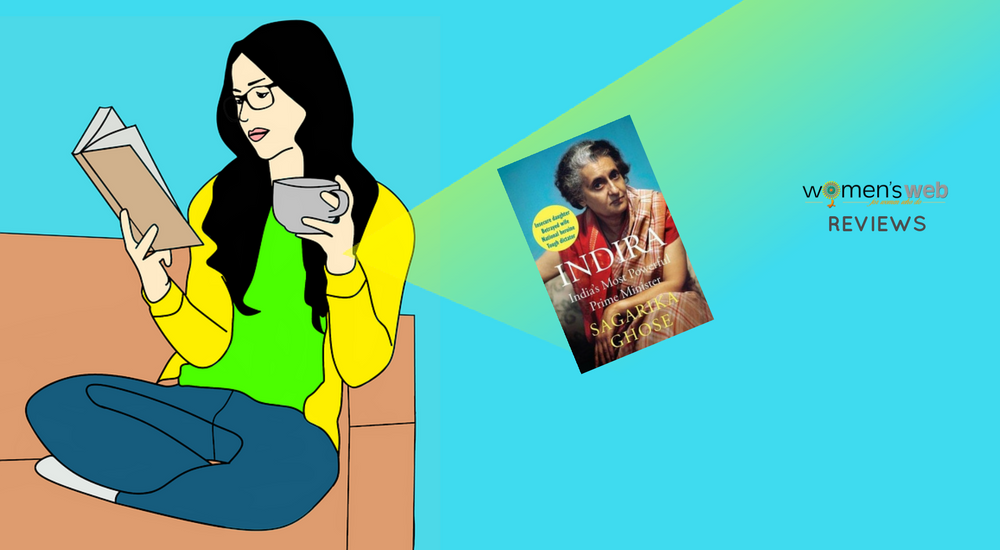 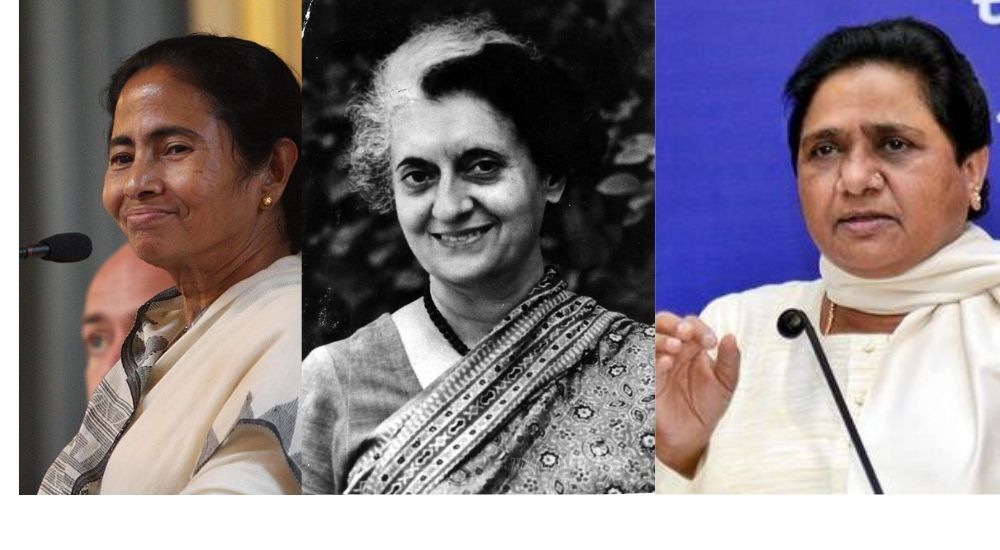 “Indian women are traditionally conservative but they also have the genius of synthesis, to adapt and to absorb. That is what gives them resilience to face suffering and to meet upheavals with a degree of calm, to change constantly and yet remain changeless, which is the quality of India herself.”

Jayalalitha has come a long way from being the first actress to don a skirt in Tamil movies to a larger than life, much-loved, admired, and feared Chief Minister. Her story would make a great case study on the rebuttal of Patriarchy in Indian politics.

Known to be a very independent woman, acting on her own volitions, Jayalalitha made a conscious decision neither to get married nor have kids. She values her freedom and independence and finds satisfaction in working for the people. Her welfare schemes such as the Amma Unavagam/Canteens, 20 kg rice for ration-card holders, focus on small scale industries and education are a huge hit amongst the masses.

“If women want equality and succeed to the top like men, they need to stand on their own feet economically with the will power and strength.”

Another Indian female politician, Mayawati is rightly described as a ‘Miracle of Democracy‘ by Shri.P.V. Narasimha Rao. She stands socially cursed thrice – for being poor, a Dalit and a woman. However, that didn’t deter her drive and fighting spirit to move ahead and far in life.

In her fourth term as the Chief Minister of Uttar Pradesh (2007-2012), Mayawati was seen as the proxy for SC/ST, religious minorities and upper-caste poor communities. The Newsweek called her the ‘Barack Obama of India’. She has always been subjected to verbal abuse and slander owing to her status as a Dalit woman.

“I have been called a lot of things. When people ask why I don’t answer back in the same language, it’s because that’s not in my character!”

Born in a lower middle class family without any elitism and educational qualifications, Mamta Banerjee is a rarity. She is an entirely self-made Indian female politician, without any godfathers. The Chief Minister of West Bengal, Mayawati’s political language is far from superfluous and apart from the political rhetoric of human rights and justice, she brings in deep religious and spiritual connotations in her message.

“Women play a critical role in building a happy family and, therefore, contributing to the well-being of the society, but they are unfortunately also sometimes responsible for creating unrest in a family. Women often cannot stand other women, resulting in the mutual harassment of daughters-in-law and mothers-in-law.”

“There is simply no way our nation can progress if its women population is left behind.”

Born into royality, Vasundhara Raje was introduced to politics by her mother and there was no looking back ever since. She has been Rajasthan’s first woman Chief Minister, and credited with turning around its economic fortunes.

Ms. Raje is a true-blue feminist and is a role model for the Rajasthani women – her confident personality, regal presence, transformative vision, administrative capability and last but not the least, her bold fashion statement and flamboyant sense of style. Under her leadership, there has been a gradual but sure social change in Rajasthan.

“Women sarpanches would come with their husbands. Now the men make tea at home.”

The Chief Minister of Delhi for three consecutive terms, Sheila Dixit is a true statesman. Her sharp political acumen is credited for the defeat of the BJP thrice in its own traditional bastion. Her business like approach towards her work, no-nonsense style of functioning, calm demeanour and pro-development stance appealed tremendously to the Delhiites.

While she has invoked criticism over her remarks about a rape victim, stating women shouldn’t be adventurous so late at night, especially in a city like Delhi, she has always been an advocate for the empowerment of women.

“Enforcing a law is not sufficient. You have to change people’s mindset and empower women.”

Sushma Swaraj is known for her hard-working, result-oriented and humanistic approach to her work. Her professionalism combined with a sense of duty towards people has won many hearts. Be it helping the woman who lost her passport in Germany, or rescuing the 168 Indians held hostage in Iraq, the rescue operation during the Yemen crisis, or the Nepal Earthquake relief operations. In today’s BJP government, she is one of the more powerful women.

“As a woman and an elected Member of Parliament, it has been my firm conviction that there is a shortcut to real social change — empowering the girl child.”

She began as a beauty contest finalist and the lead in a regressive soap opera. Since then, Smriti Irani has come a long way!

She is perhaps the most vocally feminist Indian female politician. A political fire-brand, she has been in the centre of many controversies – the HRD and Textile portfolio, The Telegraph front page news headline screaming ‘Aunty National’/‘Spinderella’ etc.

Her recent Facebook post, ‘From Aunty National’ sends out the loud message that she will not remain silent. She talks about her struggles, as well as lists all her career achievements to prove that she is no bimbo as perceived by some.

“Just like charity begins at home, we have to start making change from our home and society. We need to work together to make this world a better place for women.”

Sonia Gandhi is the fifth foreign born person and first person after independence to be the leader of the Congress Party.

Unlike Indira Gandhi, Sonia is more measured and calculated in thoughts and words. She has proven to be more capable than perceived, leading her party to victory in two consecutive elections. Her natural origin as a foreigner has always been held against her. But she remains unfazed despite the onslaught of provocations from the opposition. The fact that she’s been heading a major party of such legacy, keeping it cohesive and stable, speaks of her subtle intelligence, political shrewdness, wisdom and fortitude.

“Together we can face any challenges as deep as the ocean and as high as the sky!”

Winner of the Rashtriya Gaurav Award (2019) in association with the Government of Telangana for ‘Bhumi,’ the Orange Flower Award (2017) by Women’s Web, Literoma Nari Samman Award (2020), GrandQueens Leadership Award (2020) by read more...

'Recipes For Life' Stirs Your Soul & Has Food Sketches From 30 Prominent Personalities!

How To Love In Times Of Hatred, And Why It's Essential Although exit polls reveal that Kiran Bedi is unlikely to be the next Chief Minister of Delhi, her contention throws up the question of the great disparity of titles among the male and female politicians in India. It is estimated that only 10% of all Indian politicians are female. Moreover, with regard to the post of Chief Minister, India has witnessed only 15 women heads of state in her 67 years of independence.