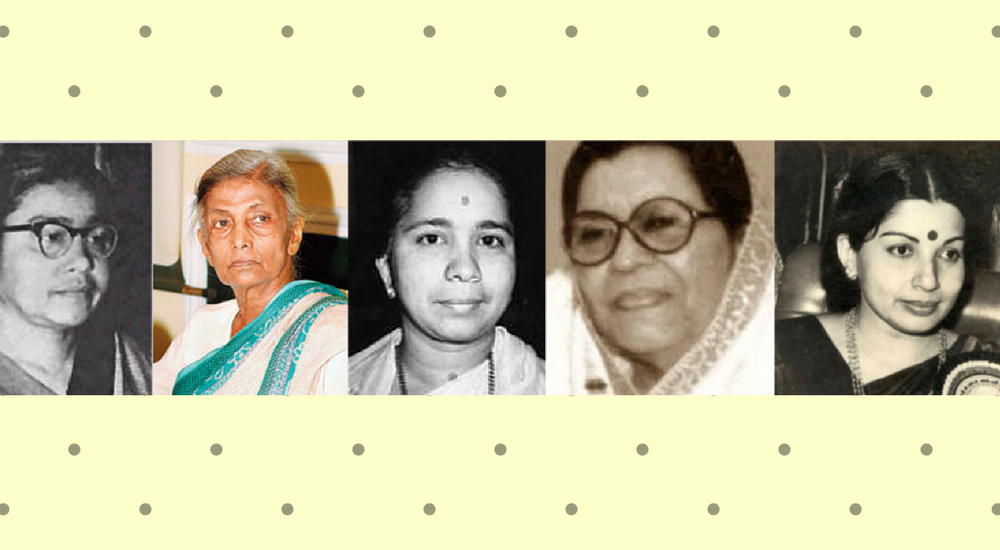 Although exit polls reveal that Kiran Bedi is unlikely to be the next Chief Minister of Delhi, her contention throws up the question of the great disparity of titles among the male and female politicians in India. It is estimated that only 10% of all Indian politicians are female. Moreover, with regard to the post of Chief Minister, India has witnessed only 15 women heads of state in her 67 years of independence.

Is their lesser number reason for the collective unfamiliarity we hold with our women politicians? Of our 15 female CMs, a very few remain well known to the population. In light of this, I bring to you the first five Indian women who achieved the authority of a Chief Minister in an Indian State.

In 1963, Sucheta Kriplani was elected to be the first female Chief Minister of an Indian state as well as the first woman Chief Minister of Utter Pradesh. Kriplani emerged as the head of state from amongst the tug of war between Congress personnel C.B Gupta and Sampurnanand. She established herself as a firm administrator, most notably during the 62 day state employee strike that occurred under her administration. Kriplani is said to have been assertive in her decision to not pay hikes and consented to the employee’s demands only after they agreed to a compromise.

Born in Ambala, Haryana and educated in St. Stephens College, Delhi, Kriplani’s political career dates back to the Indian Independence movement where she worked with Mahatma Gandhi, aiding in the management of partition riots. She was also a member of the sub-committee which laid down the charter of the Indian constitution.

She is remembered as a passionate debater and a sincere, honest official. Her tenure as CM of Utter Pradesh ended in 1967 after which she was elected as a member of the Lok Sabha from the Gonda constituency in UP.

Popularly known as the Iron Lady of Orissa, Nandini Satpathy is the first woman chief minister of Orissa and the second woman to head an Indian State. She assumed office on 14th June, 1972. During her governance, the entire nation had been destabilised due to the Indo-Pakistan war. Her tenure ended within one year of service, with India falling under Emergency.

Satpathy was a very close acquaintance of Indira Gandhi. In spite of their disagreements with regard to the Emergency, she was declared the minister attached to the prime minister and remained a close confidante of the president. After the passing of the National emergency, Satpathy was re-elected as the chief minister of Orissa. She served her second term from 6th March 1973 to 16th December 1976.

Nandini Satpathy had been interested in politics from a young age; her political career began in 1951 with a student revolt against the increasing cost of college education in Orissa. Soon after the revolt, she joined the Indian National Congress and became the president of the Women’s Forum of India. Apart from her position as Chief Minister, she was elected as a member of Parliament in 1962, serving as the minister of information and broadcasting bringing immense growth to the industry.

In addition to her political prowess, Satpathy authored numerous books and translated contemporary literature into Oriya language. Satpathy continues to be honoured every year on 9th June, the anniversary of her birth which has come to be designated as Nandini Divas or National Daughters day.

Following the death of her father Dayanand Bandodkar, the first chief Minister of Goa, Shashikala Kakodkar assumed the post of the CM of Goa from 12th august 1973 to 27th April 1979. During her administration the future of Goa was uncertain. Its population was divided in ideology with Kakodkar and the Maharashtrawadi Gomantak Party proposing to merge Goa with Maharashtra while the opposition hoped to establish Goa as a Union Territory and thereby retain its identity.

The issue was resolved through an opinion poll which Kakodkar and Maharashtrawadi Gomantak Party lost. In spite of their failure, Shashikala Kakodkar was able to secure 15 out of 30 seats in the state legislature of Goa and went on to become the Education Minister of the state. She was an advocate of the Marathi language and is remembered for her work in preserving the culture of Goa.

Syeda Anwara was the leader of the Indian National congress in Assam. She began service on 6th December 1980 as the first female chief minister of Assam and the fourth woman chief minister of India. Under her governance, the Assam agitation—a large scale radical movement demanding the expulsion of illegal foreign immigrants from Assam—was taking root. Seven months into her administration, the Assam agitation had become increasingly violent; as a result, the legislative assembly was dissolved and the state fell under the president’s rule.

Despite the premature end of her term as CM, Syeda Taimur remained the minister of the Public Works Department in Assam and maintained her position as the leader of the Indian National Congress in the state. In 1988 she became a member of the parliament. Three years later she returned to Assam to assume the role of Minister of Agriculture.

During her governance, Jayalalithaa introduced a number of reforms in Tamil Nadu; she established 57 women operated police stations along with numerous other women supervised libraries, banks, stores and co-operative elections. She also introduced a 30% quota for women in all police stations. She opened 73 eateries under a government sponsored scheme in Tamil Nadu offering idli, sambar and curd rice—staple foods of the state, at subsidized prices, a scheme that was very well received.

In 2014 Jayalalithaa was arrested for a disproportionate asset case. She has been sentenced to 4 years in jail, and is currently appealing the sentence on bail. However, her supporters remain undeterred by her imprisonment; she is still referred to as ‘Amma’ and ‘Puratchi Thalaivi’ (revolutionary leader in Tamil).

Updated: Jayalalitha passed away in 2016, and remained up to the end, the undisputed leader of the AIADMK as well as an immensely popular leader in Tamil Nadu, besides forging relationships with political parties and leaders in other states.

It is evident that each of these women chief Minsters took charge of their states under chaotic conditions, proving time and again the efficiency and effectiveness of female politicians on par with their male counterparts.

The position of Chief Minister, of course, isn’t enough to establish gender equality; however women filling significant, influential posts in the political hierarchy, alters the social perception of women. While on one hand, the administrative abilities of women are showcased, on the another, women from every level of society are empowered to contest, convince and take control of the eco-political situation of India.

I enjoy Chinese food, animated movies and fictional books. I take pride in practicality, love discussing psychological disorders and yearn to be resourceful in every sphere of life. I always wish for free time but read more... 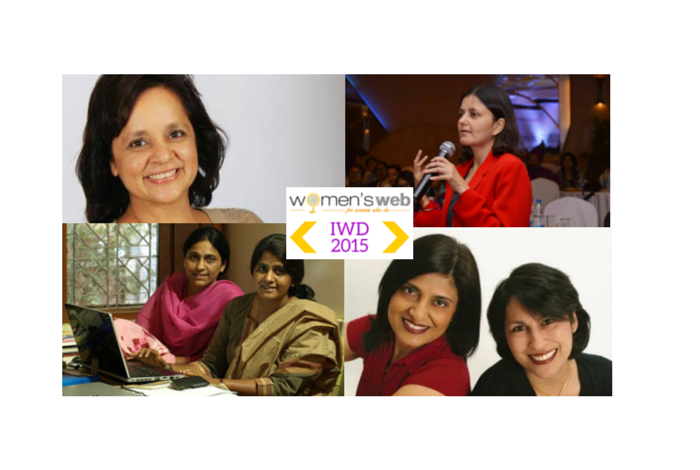