Standing up to people you love needs more courage than standing up to others. And sometimes, hard choices need to be made for your self-esteem. 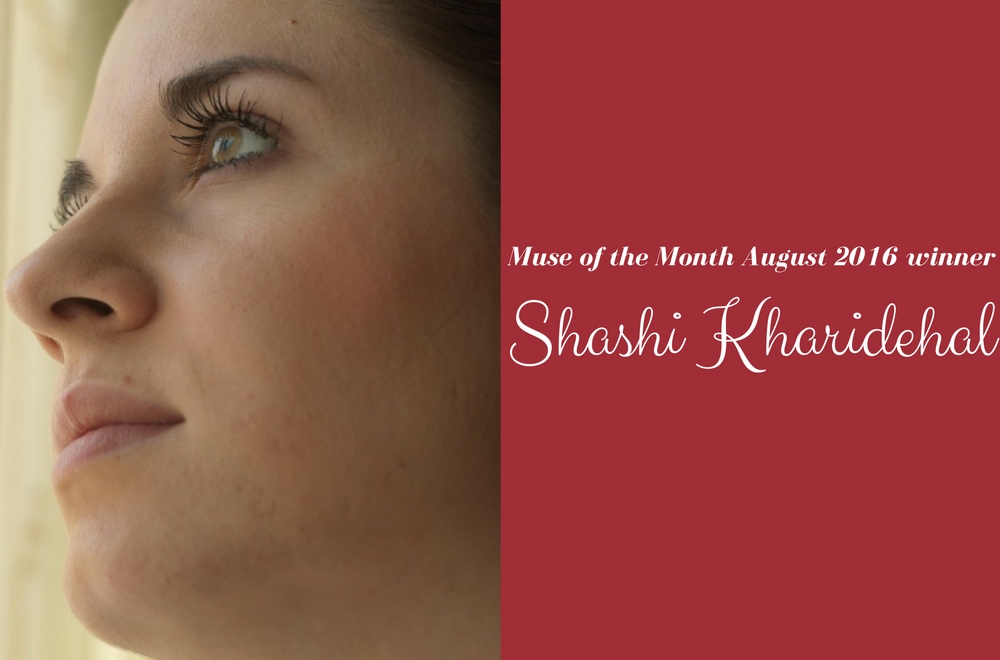 Standing up to people you love needs more courage than standing up to others. And sometimes, hard choices need to be made for your self-esteem.

Here is the first winner of our August 2016 Muse of the Month contest, Shashi Kharidehal.

The cue was: “For the first time she realized that nothing was permanent in life – friends, circumstances, riches or parental love.” — Tanushree Podder, Nurjahan’s Daughter.

Her eyes began to sting. The tears were threatening to stream down her cheeks. The ache in her heart was transforming into a gigantic gasp that was making her breathless. With a strong effort, she composed herself. Her hands shaking, she tried to pack her things in the red suitcase that she carried to all her trips. There was no anticipation, exhilaration or nervousness that always accompanied the packing ceremony. In fact, there was no Mom hovering around and bringing items that would inevitably serve her well in her travel. She was all alone, flustered, tired and absolutely terrified.

An hour before, she had had a showdown with Dad. She couldn’t believe that he could be so adamant. She had tried in every possible way to explain how she felt. Deep down, she had always known that he would never agree to her marriage to Elbin. But she had somehow lived with the false hope that one day, he would come around just like Mom had secretly done a long time ago. She was wrong. And then Dad uttered the final words that had pushed her to the brink.

In a split second, the world had turned upside down. She had declared that she was not a teenager but a woman of twenty-seven years who could live on her own. Her father had agreed but had asked her to kindly leave the house when she could very well live on her own.

She looked around her room. Everywhere she could see the things that had made this ‘her’ room. And every little thing showed how much her Dad and Mum loved her. Wasn’t it Dad who had told her never to compromise on her ambitions? Wasn’t it he who had pushed her to excel in basketball, a sport none of her girlfriends played? When she had decided to pursue her higher studies abroad, it was Dad who had wholeheartedly supported her decision, saying even girls had the freedom to make their own choices. Then why was he now holding her back? Why couldn’t he understand that she was old enough to choose her life partner? Why couldn’t he trust her choice, even if that did not match with his ideal profile of a son-in-law?

Even her best friend was not entirely enthused with her decision to marry Elbin. She had argued with her about the huge cultural difference that would result from such an alliance. She had tried explaining but Deepa was too practical and deeply orthodox to support her. Why couldn’t her closest friend understand what she felt?

These questions whirled in her mind but she had no answer. The only truth that she could now understand was that she had to leave the comfort of her home and venture out into an unknown future. For the first time she realized that nothing was permanent in life – friends, circumstances, riches or parental love.

A sudden fear gripped her. Could she wipe out her whole life in one giant sweep for one person? Her heart said yes. She knew it was not an ego clash or a rebellion against her parents’ wishes. If she did not move out now, she could never respect herself again. It was a choice she had to make and she wanted to make it, irrespective of whether her future with Elbin would be secure or not. And she knew that even if parental love may be sometimes overcome by societal prejudices or ego issues, it would eventually break through someday. After all, nothing was permanent in life.

She went out of her room. She saw her Mom crying silently, unable to assert her opinion on Dad. She saw Dad, trying hard to appear unaffected with whatever had happened and whatever would happen soon. She knew that if she said goodbye, she would break down and lose her composure. She stepped out of the threshold quietly, a free woman.

Shashi Kharidehal wins a Rs 250 Flipkart voucher, as well as a chance to be picked one among the 10 top winners at the end of 2016. Congratulations!