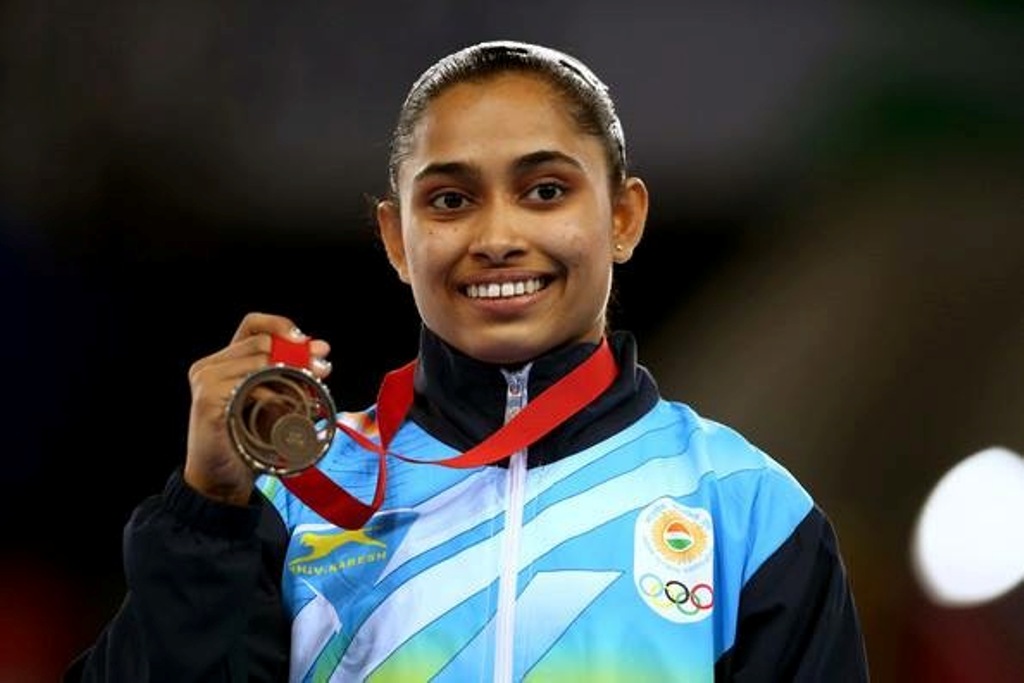 Mark Aug 14 On Your Calendar. Watch Gymnast Dipa Karmakar As She Creates History

Dipa Karmakar creates history by qualifying for the finals in the women’s vault event. Here’s more about her achievments.

Dipa Karmakar is the first Indian gymnast to participate in Rio Olympics. It was yet again, a proud moment for us when she created history once again by making it to the finals of the event. She successfully pulled off the ‘Produnova’ stunt in the event and secured a position in the finals.

She will again be seen performing on August 14 2016 with the top 7 Gymnasts from all over the world. Dipa Karmakar didn’t leave any stone unturned to fetch a place in the finals  in the Rio Olympics.

She decided to perform the ‘Produnova’ which is considered one of the most difficult maneuvers in gymnastics. Only five women have successfully managed to perform it. Dipa Karmakar is one of them. She even said that she found the ‘Vault of death’  easy to perform. The vault is considered so dangerous, involving high risks that many people want it to be banned. The powerful handspring can propel the gymnast into not one but two front somersaults. One can land with the entire body weight on the neck.

Dipa Karmakar had won a bronze at the Glasgow Commonwealth Games after landing the Produnova in her vault final.

“I believe that practice makes perfect, and then it is not difficult anymore. My coach (Bisweshwar Nandi) ensured that I practiced extensively. In the last three months, I did 1,000 repetitions of the move. Now it is the easiest vault for me,” she said in an interview.

Dipa who hails from Tripura was flat-footed as a kid. “I still remember Dipa coming to me as a flat-footed kid, which is not good for a gymnast. It affects the spring in her jump,” said coach Bibeshwar Nandi. She was coached by him since she was six years old.

They struggled hard to get the curve in her feet. Dipa  gives her coach the credit for her success. Her father being a coach himself, had introduced Dipa to gymnastics, despite her reluctancy.

According to recent reports, Dipa Karmakar has requested the Sports authority of India (SAI) to send her long time physio Sajad Ahmad to keep her fit and in good shape for the final event. And her request has been granted.

Since 2007, Dipa Karmakar has won 77 medals including 67 gold in state, national and international championships.  She has made India proud by making it to the finals and now there are huge expectations from her for the final event. As a result, she has to deal with a lot of pressure. Nonetheless, she has already made us proud, by her achievements and sheer hard work.

Here’s wishing Dipa Karmakar all the best for the final event!