Read real stories of extra ordinary women who despite hardships, not only carved a niche for themselves but also made their country proud.

Read about these extraordinary sportswomen who despite hardships, not only carved a niche for themselves but also made their country proud.

Being able to perform in the largest sports event of the world is an achievement in itself. The stories of these women in sports, remind us that winners see adversity as a challenge and not as a setback. No hardship can beat the strength and courage that these sportswomen possess.

They have rightfully earned their ticket to Olympics 2016 and taught us two beautiful lessons in life, the first being that hard work pays and the second – hope never dies.

Deepika Kumari is leading the women’s archery team in Rio this time. Born in a village near Ranchi, Deepika’s father drove a rickshaw while her mother was a nurse. Aiming stones at mangoes, Deepika became interested in archery since she was a little girl.

The kit being expensive, she practiced with homemade bows and arrows. Financial crisis could not stop her from becoming the world number one champion in 2012.

Today, she is representing India in Rio. Her story is of perseverance and sheer hard work. 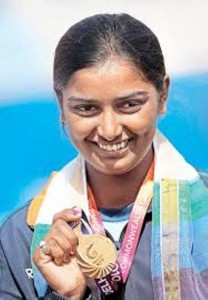 Laxmirani from Jharkhand is also on the Indian women’s archery team in Rio. Her father was a worker in a coal mine and Laxmirani wanted to learn archery because she didn’t like it, when her father risked his life to earn a living.

She believes that education made her what she is today. She got a chance to be an archer when selectors visited her government school and decided to train her in archery. Although her encounter with archery was a coincidence, everything after that was the result of her own commitment. 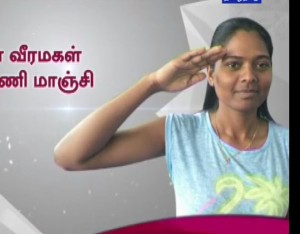 Babita Kumari’s father was also a wrestler. Her journey began when her father, Mahavir Singh, dreamt that his two daughters would make a name in wrestling. The conservative society considered girls’ wrestling to be a taboo. Babita, her father, and her sister had to undergo a lot of pressure and opposition in their own community.

They were ridiculed for going against the morals and values of their community. Babita did not let this affect her concentration for the game. The sisters shunned all voices when they started winning medals in international tournaments. A movie is being made on the life of these sisters. 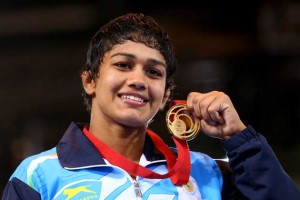 The Indian women’s hockey team has qualified to play in the Olympics after 36 years and Renuka is one of the youngest players to qualify for Rio Olympics. Although the team lost early on to Great Britain, qualifying in itself is a big achievement for India.

While Renuka’s parents worked as domestic help, she went on her bicycle from door to door to sell milk to fulfil her dreams of playing hockey. Renuka has come a long way from those difficult times. 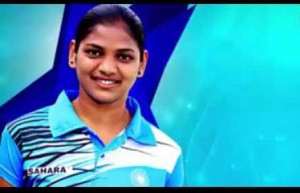 Dutee Chand was banned from participating in the Olympics because of a medical condition called hyperandrogenism in which her natural testosterone levels were high. The athletic federation declared that Dutee Chand wasn’t eligible to compete as a female athlete.

She fought not only against the ban but also against the international policy determining the sex of athletes from their hormonal levels. She decided to embrace her body in its true form and fight for justice. She emerged victorious and paved a path for many others who couldn’t play for the same reason. 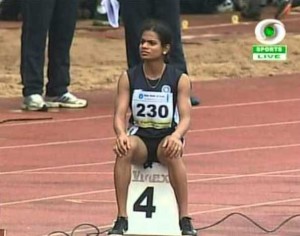 Gender divisions are so prominent in Saudi Arabia that the Saudi Olympic Committee website decided not to name the women who are representing the country. Sarah did not qualify for the race but will take part with special invitations from the Olympic Committee because it is important to bring change in the gender based discrimination patterns of society.

She says that she is going for all the girls and women in Saudi and to give them a picture of something, they could one day strive for. She finished last in her 800 meters race in the London Olympics but was awarded with a standing ovation for the cause she is striving to achieve. 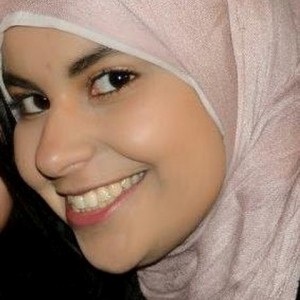 Born into a Christian family in Syria, Yusra had represented Syria in swimming on various occasions. Her house was destroyed in the civil war and she and her sister decided to flee the country and live in Germany. While fleeing Syria by sea, their boat broke and she along with a few others pushed it in water for three hours.

She remembers those times and says that even though she was afraid of death at that point, she smiled because there was a 6 year old boy in the boat. Yusra has looked at humankind in its ugliest form but her courage has led her to to have hope. As a refugee in Germany, she had no country to represent and so she is selected to participate and represent the Refugee Olympic Athletes Team. 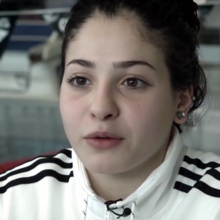 Let us draw some inspiration from these ordinary people with exceptional courage, hard work and perseverance. These are the real stories from hardships to hope.

As we watch the Asian Games unfold this year in the island nation of Indonesia, which began on 18th August 2018, there is great hope of bettering the medal haul of 2014. A brief flashback – the surprising fact was that the sportswomen in 2014 fared better than the men’s contingent by bringing about equal number of  medals. As some of the team members mentioned – this happened even with lesser facilities – some disciplines did not even have adequate coaching.

Yet women sportsperson triumphed, a testimony to their spirit, talent, motivation and discipline.

She looked extremely gorgeous. You can be the judge, by having a closer look at the incredible collection of the photographs from the photo shoot. It was refreshing to see our ‘Badminton star’ in a different light. It has indeed been an amazing transformation, since we saw her win the silver medal in Badminton at the Rio Olympics 2016.

When it comes to high beauty and fashion standards, rarely do we see women from the Indian sports fraternity being highlighted in media, advertisements and photo shoots  except for a few, like ‘Tennis star’ Sania Mirza. They are not given much exposure and credibility, other than their achievements in the sports arena.