Gaurika Singh amazes everyone by becoming the youngest participant at Rio Olympics. Read to know more about her. 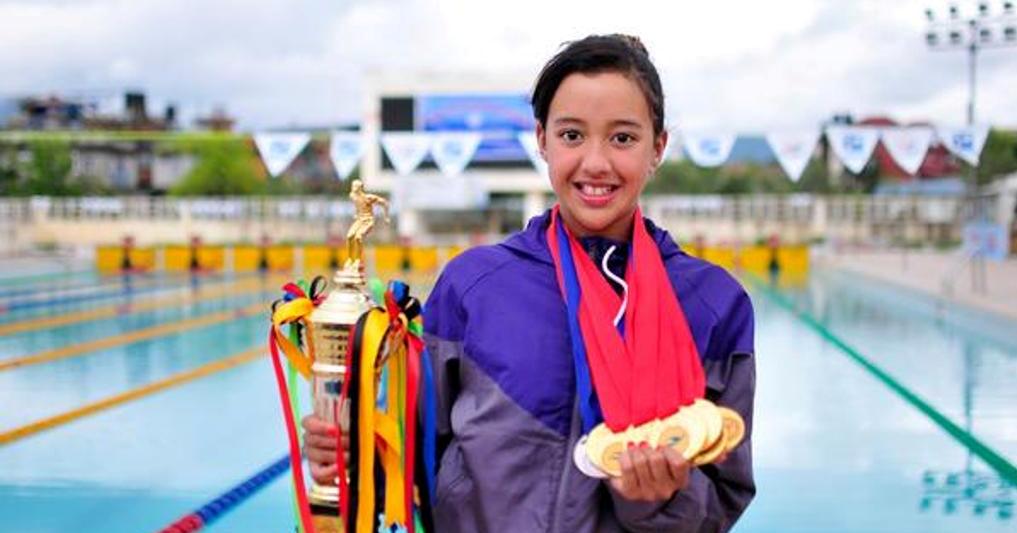 Gaurika Singh amazes everyone by becoming the youngest participant at Rio Olympics. Read to know more about her.

Gaurika Singh is just thirteen years old and she’s the youngest competitor at the Rio Olympics. She has been selected for the women’s 100 metre backstroke swimming event that is taking place on Sunday. Born in Nepal, she later moved to London when she was just two.

This young ‘rising star’ has also experienced the disastrous earthquake that struck Nepal in which nearly 9000 people lost their lives in 2013. One can imagine, what she would have endured, as she was just twelve years old then. In April 2015 when she was in Nepal, with her mother Garima and brother Sauren Singh for the national championship, they were caught in the devastating earthquake.

She said “It was terrifying. We [Gaurika, her mother and brother Sauren] were on the fifth floor of a building that we couldn’t escape from, so we sheltered under a table for 10 minutes in the middle of the room and had to go down the stairs afterwards amid the aftershocks. Fortunately, it was a new building so it did not collapse like others around,” she said.

As a young girl she has experienced a near death encounter that would have certainly made an impact on her tender psyche. As adults we can fathom, how one would feel being caught up in a natural disaster like the Nepal earthquake and the nightmares following the incident. The experience would probably stay with her for a lifetime. But it turns out that she is here for the Olympics after experiencing a tragic incident and amazingly she’s the youngest Olympian. What an amazing feeling would that be! Sometimes the worst of situations brings out the best in us I guess.

She’s a role model for not only youngsters but adults as well. She’s handling the pressure of being the youngest participant in Rio. It’s not a cakewalk to handle the pressures of fame and performance when there are huge expectations placed on you. Displaying her humanitarian side, she donated 200 pound sterlings, her winnings from the national championships for the earthquake relief in Nepal.

According to her father Paras, she wakes up at 4: am everyday to train herself. She began competing at the national championships at the age of eleven. In one of Kathmandu’s 50 meter pool, she broke seven national records and thus speculations of her reaching the Olympics began.

And here it is. Her dream has finally come true. Describing the whole experience, in her own words she sums up ” It’s cool and quite unreal too” It has been an amazing journey for her and we wish the shining star all the best for the Olympics.