Help! Why Aren’t We Told What To Expect When Expecting The Second Child?

Having a second child? Why, then, isn't there any information available now, when everyone and their neighbour had advice for you during your first pregnancy? 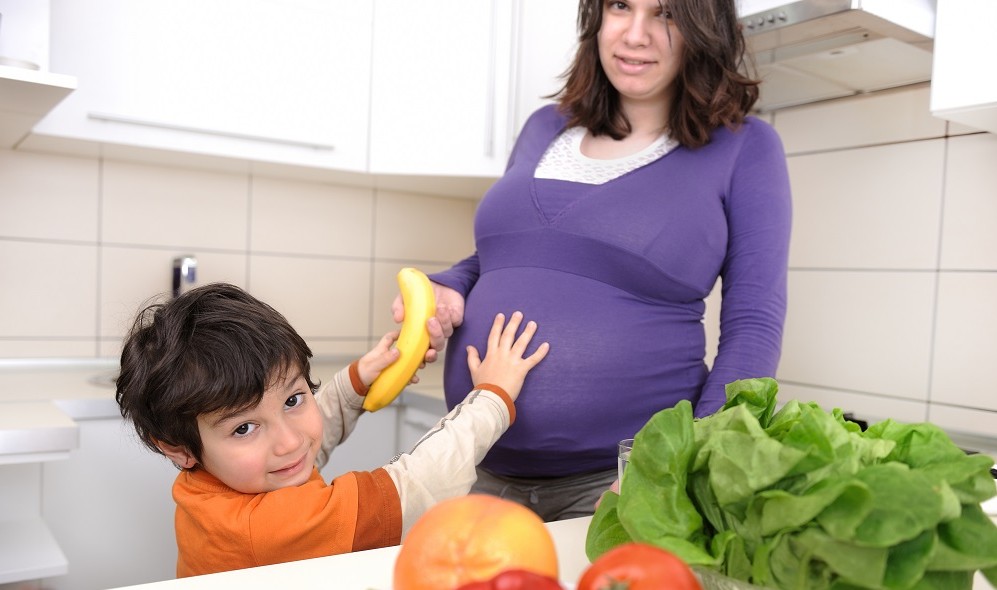 Having a second child? Why, then, isn’t there any information available now, when everyone and their neighbour had advice for you during your first pregnancy?

Becoming a parent for the first time is like leaving for a journey without a map. You either get lost or you have an adventure of a lifetime. Having a second child is like being stuck in a cloud of deja vu. You know that you know this, but do you?

They say that every child is different. And that every pregnancy is too. Then why is it that while as a first time mother, you are assaulted with a veritable array of pregnancy and delivery books on what to expect, why to expect it, how to expect and what to do if you are not even sure whether your expectations are way too high, but when you are having a second child, no one really gives a fig. Or at least the publishing industry doesn’t.

I am a self-proclaimed fan of experts – the kind that possess credible degrees from reputed universities. So, in 2011 when I was pregnant with my first child, I marched, no, actually waddled over to the book store and came back with a basket full of books. In gentle and cheerful tones they told me what to eat, how to do my yoga stretches, how my baby was growing and how to calm myself and breathe and what to pack in my hospital bag. If I had a question as a first-time mother, there was definitely an answer. Make that ten.

In 2015, when I waddled over again, the situation was the complete opposite. It seems that the most important aspect of having a second child was how to keep your first born happy. Every book I found in my local bookstore, with the exception of the highly recommended ‘Coping with Two’ by Caroline Fertleman and Simone Cave, was on strategies to help your first born adjust from being an only child to having a sibling.

Don’t get me wrong. I do appreciate the information and it is important. And it was very helpful and gratifying to see my daughter take to her little brother like it was the most normal thing to do. But it is not just the child who needs to adjust, in more ways than one.

Though generally speaking the medical facts of pregnancies broadly do remain the same, most mothers who have had a second child will tell you that the body reacts to this in a different way from the first time. Your uterus has expanded once before and in most cases, especially when the gap between pregnancies is not considerable, your belly tends to pop out faster. So, if you were planning on keeping baby number two to yourself for a while, good luck with that. And this means, that even before you have had the time to process that you are having a second child, you have to deal with it questions and discussions about it with family and friends.

Another topic that I found next to no books or advice on, was how to manage your fatigue and other pregnancy related ailments when you are having a second child and the first one still very much needs you. While there are tips on mom blogs on the Internet on how to keep your child occupied, no one really talks about the guilt you may feel as you try and curb your first and till now only child’s enthusiasm as you try to keep from hurling out your breakfast.

There are no books on yoga while having your second child while the first one alternately mews and moos in your face as you do the cat cow.

There is hardly any information on how to eat balanced nutritious meals while your suddenly picky eater refuses to eat anything green and now you have to cook different kinds of food for every meal.

‘Sleep before the baby comes’ doesn’t apply to those having a second child, for the first child most certainly does not.
There is also no expert advice on what to do when your early labor pains come fast and strong and you don’t want your daughter to see you cry and start crying herself and think that childbirth is terrifying.

There is no expert to tell you about the heartbreak you feel at leaving your sleeping child at home with your parents, as you leave for the hospital racked with mommy guilt, knowing that you will no longer be only her’s.

And I wonder why this is.

Having a second child is not unusual. It is mostly the norm as far as most traditional families are concerned. Single children or Singletons, like myself, were and still are, far and few in between.

So why is there not much out there about the realities of having a second child?

The more I ponder upon this and the more I feel that so much of this has to do with the glorification of motherhood. Some of it has to do with good market sense. Most second time parents will tell you that one of the most important lessons you learn the first time around is that you just don’t need so much stuff – stuff being clothes, toys, parenting books, etc.

I feel as if the other non-financial reason is that women in general and mothers in particular are just supposed to know these things. We are supposed to be infallible and strong role models and positive and practical inspirational people who love you unconditionally and will self-sacrifice to the point of sainthood and all the other descriptive words that a simple Google search for ‘words for mom’ will get you.

The word that most of these lists miss is ‘human’. Women who choose to be mothers do not come with pre-programmed software to be the best mothers. Just as men learn to be fathers, so do women, yet we are never given the same leeway. You are expected to know how to be a mother instinctively beyond the nourishment part of this process. And even more, so if you are having a second child.

Stressful as this might be, the good news is that there is support out there. And for now it lies in the paths of the mothers who took this path before us. They might have glossed over the difficult times but ask and you will receive the answers you need. Answers that will guide you, as you navigate the half-familiar, half-strange terrain of having a second child.