PMS Is Real, Not Just ‘In Our Heads’! Can We Stop With The Sexist Jokes, Please?

Nearly 90% of women suffer from it. We may have stopped telling women that it is in ‘all in their heads’. But sexist jokes about PMS still abound. 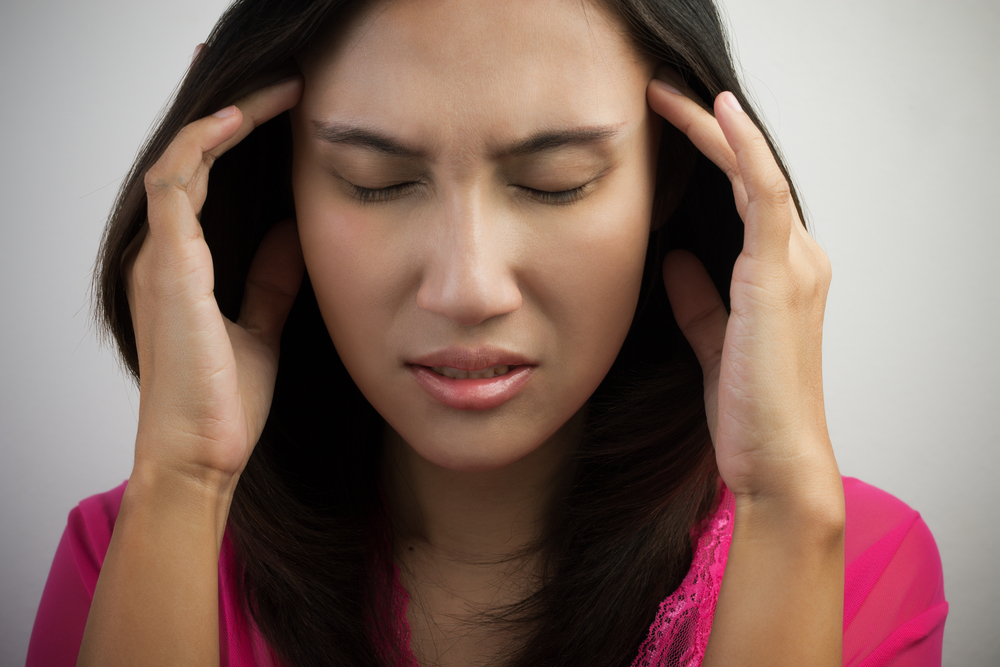 Nearly 90% of women suffer from it. We may have stopped telling women that it is in ‘all in their heads’. But sexist jokes about PMS still abound.

The neurosurgery was going just fine. The surgeon had opened the skull, the fine tipped burr cutting through the outer and inner tables of bone like a knife through butter. Opening the meninges and then adjusting the microscope for sharp vision was proceeding as usual, when the blood pressure spiked just a teensy bit. What was a trickle to the naked eye was a geyser under the microscope.

“Hey!” came the resounding bellow from the surgeon, “Could you bring down the B.P?!” The senior anaesthetist scooted over and did the needful with a few deft moves. In a few minutes, silence reigned in the operating room once more, punctuated only by the beeps of the monitor.

This is standard procedure in an operating room, except for one significant difference – the surgeon was FEMALE… ergo, the anaesthetist, whose ego was stung, muttered, “PMS, yaar!” in an all-knowing tone of voice. It did not matter that the surgeon was talented, that she had proved her expertise time and again or that she was justified, (albeit rude) in her demand. There is no doubt that such a comment would have been stoically endured had the surgeon been male. (Anyone who has worked with surgeons know that they do order others around. Male or female!)

It is so easy for someone to play the PMS card, isn’t it? Not only does it create a sexist joke to snigger at, it also reduces a justified criticism / demand to an offshoot of female caprice. Just remember, a confident person does not resort to such underhanded comments; only the insecure ones do.

Let’s back pedal to America of the late eighteenth century and early nineteenth century. Women were thought to have problems connected to their uterus and ‘other female organs’. Indeed, all unexplained female maladies (especially psychological) were thought to be due to ‘hysteria’ (hysterus is Latin for uterus).

It was thought that women are delicate creatures and were also discreetly told to conserve their energy – mental and physical, as they were unable to manage anything strenuous. Many an ailment was explained by saying that it is “all in their heads”. Little wonder then that women suffered, but never spoke about it, preferring to be thought sane and silent rather than vocal and insane!

Along came modernisation, and women from all walks of life came together for work in factories and offices, and indeed for all the hours that were possible and of course, for all the days of the month… rubbing shoulders together on the factory floors and hobnobbing in egalitarian settings, free of control. With free mixing came frank discussion and soon they knew that an amazing number of them were co-sufferers. Also, that they (no surprise there), managed to ‘function’ rather robustly, in spite of their ‘woman-problems’.

Thus began the start of the busting of a myth about PMS ( perhaps the earliest such occurrence)- that women had it all “in their heads”.

Nearly 65 years ago, it needed a woman by the name of Katharine Dalton to study the data and co-author an article coining the term ‘premenstrual syndrome’. The article also stated that medical science should treat PMS.

Do all women suffer from PMS to the same degree?

There is no need for you to feel guilty about lying in bed and not taking care of your family, having an emotional outburst or out of sorts, while a friend or sister speaks of no such problems. PMS is individual in nature and may vary according to age.

Sometimes it may be present in teenage (usually acne eruptions putting a serious dampener on socialising!) or appear after a pregnancy, or even intensify in one’s thirties.

Women with stress, depression and migraines may have severe symptoms.

In the sixty odd years since the world has heard the term PMS, much has happened. A lot has been attributed to PMS (even murder), women have gone on to achieve greater heights in spite of PMS and… predictably, some men have sighed into their beers and said “these womanly problems, buddy, are just hype!” with a touch more condescension.

The hype theory gained momentum due to the fact that PMS is vague and frequently psychological. Thus making it easy to brush aside, especially if you are a male and have never suffered from it.

A puzzling burst of anger from your girlfriend! PMS…

Is your lady boss ticking you off? PMS of course!

Is your female colleague not being helpful? PMS!

Has a lady coworker taken leave suddenly, leaving you with extra work? Aha… she is hyping up her PMS problems.

Wife is feeling bloated and restless? Awww… what PMS… she should lose weight, man!

The argument about whether PMS exists or is a figment of the media and some persons in the medical fraternity will rage on. And in some cases, will be whipped out by the same male to justify different scenarios and remain guilt-free.

Is PMS and menstrual period synonymous?

In fact, the hallmark of PMS is that symptoms disappear with onset of the period. A menstrual diary with dates of appearance and disappearance of symptoms is often the key to diagnosis of PMS. And prevents confusion with other conditions such as irritable bowel syndrome, hypothyroidism or depression.

Can PMS be treated?

Although once endured with fortitude, nowadays PMS can be treated and its symptoms reduced.

Although the sufferers of PMS are infinitely more than the skeptics, women have long endured the drastic changes of PMS on their minds and bodies. There is no denying that it affects daily life of 3 out of 4 women for the four to five days preceding the menstrual period. Sympathy and support for sufferers of PMS goes a long way in making the symptoms bearable as does the treatment.

Image source: woman with a headache by Shutterstock.