Gender Bias On Performance Appraisals Is Very Real. India Inc, Are You Listening?

Gender bias in performance reviews at work exists and can be unconscious. Are there ways to address the problem? 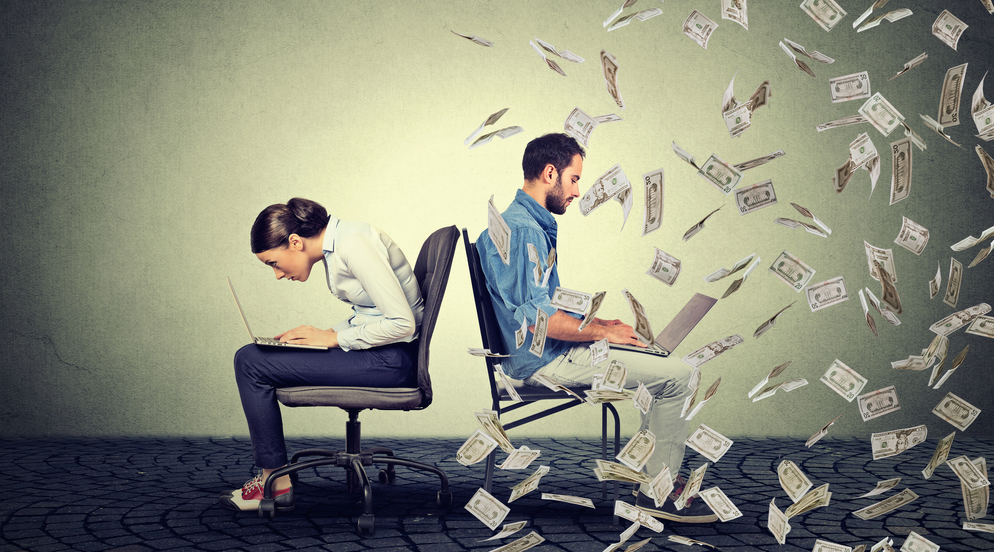 Gender bias in performance reviews at work exists and can be unconscious. Are there ways to address the problem?

Today, gender bias at work is often not blatant, but it exists in many subtle forms. Some of these are hard to notice and therefore hard to eradicate. It exists in casual statements, sexist jokes and subconscious expectations of appropriate submissive feminine behaviour.

Sometimes these subconscious prejudices rear their ugly heads in the workplace in the form of performance reviews and can do real damage.

What kind of feedback do women get?

A friend of mine, quite a go-getter, is by no means shy. While this trait is usually applauded in men, the same can’t be said for women. My friend was told by her superiors, not to be too aggressive, because she would be dealing with men in high positions. She was also told be be softer and more motherly in her professional interactions.

Ananya, another woman I interviewed on the subject, is the only female member of a 5 person team. Every member except her has been promoted to director level, though she claims that they all share the same duties and responsibilities. Ananya’s request for promotion was denied without any explanation.

Audrey, a professor at an American university says, “I was called out by my boss for being too assertive and not acting like a non-tenure track instructor should. I was told that I didn’t know my place.”

While it is possible that some of these individual complaints may be explained based on the competence, actions or attitude of the individual women in question, the point remains that the feedback was delivered most unprofessionally using terms like ‘motherly’, ‘know your place’ and ‘you have been given so much’.

Are these just isolated cases? Or is there a systemic problem?

How does subtle gender bias manifest in performance reviews?

Upon some research, I found that women are more likely to be attacked with personal and character based criticisms in the work place, than men. A study investigating performance reviews found that negative personality criticism —watch your tone! step back! stop being so judgemental! —shows up twice in the 83 critical reviews received by men. It shows up in 71 of the 94 critical reviews received by women.

The study also found a more encouraging tone in reviews received by men, for example: “Take time to slow down and listen. You would achieve even more.”

The interesting thing was that this attitude was independent of the gender of the reviewer. This suggests that people, at least subconsciously, feel safer criticizing women, because traditionally women have been considered less threatening.

Another study found that significantly different language is used to appraise the performance of male and female employees. Women’s evaluations contain twice as many references to their nurturing nature, frequently using words like dedicated and helpful, while, men’s reviews have twice as many references to their technical expertise and vision. People described to have vision and technical expertise are more likely to be promoted over those who are described as dedicated team players.

The study also found that women’s evaluations contain 2.39 times the amount of references to team accomplishments, as opposed to individual ones.

This suggests two possibilities, probably both of which are simultaneously at play.

But I see another problem too. Why are qualities like being bold and visionary valued so much more than being a team player or dedicated? After all, in the long haul, the later two will result in the job being completed and well done. Are these qualities undervalued because they are traditionally associated with women? Shouldn’t companies reassess the value of various contributions in terms of what returns it gets them, and duly compensate team work and dedication with increased pay and prestige?

To summarize, gender bias in performance reviews is exhibited in the following forms:

Is there a solution? Seems like there may be in some cases.

How to deal with unconscious gender bias in performance reviews?

For companies keen to remove gender bias from their hiring and promoting practices here are some ideas:

Whenever possible remove all references to gender. In applications and  resumes, during the hiring process, first names and other gender revealing data can be removed by human resources, before sending it for evaluation to the hiring committee. This will help eliminate some gender bias in the hiring process.

The idea can be used at a later stage, though at that point the gender is harder to hide because employers know their employees. A Harvard study found that at this stage, using joint performance reviews are better at eliminating gender bias, than separate ones, because joint reviews focus the committees’ attention on accomplishments and skills that will maximize the company’s productivity. They also found that people tend to make optimal choices, when all the alternatives are presented simultaneously.

Finally encouraging slow thinking, that requires logical decision making, rather than fast thinking that falls back on stereotypes and prejudices, may help. Reviewers could be required to cite examples that justify their description of the candidate. They could also be required to read each others reviews, to check for gender bias. Everyone in the office could be sensitised to typical manifestations of unconscious gender bias in performance reviews, so they can check for these before submitting them.