The Nirbhaya Fund Was Announced With Much Fanfare. What Happened To It? Find Out.

The country is still as unsafe as it was three years ago. The Nirbhaya Fund seems unutilised. How many more crimes are needed to spur the government to act? 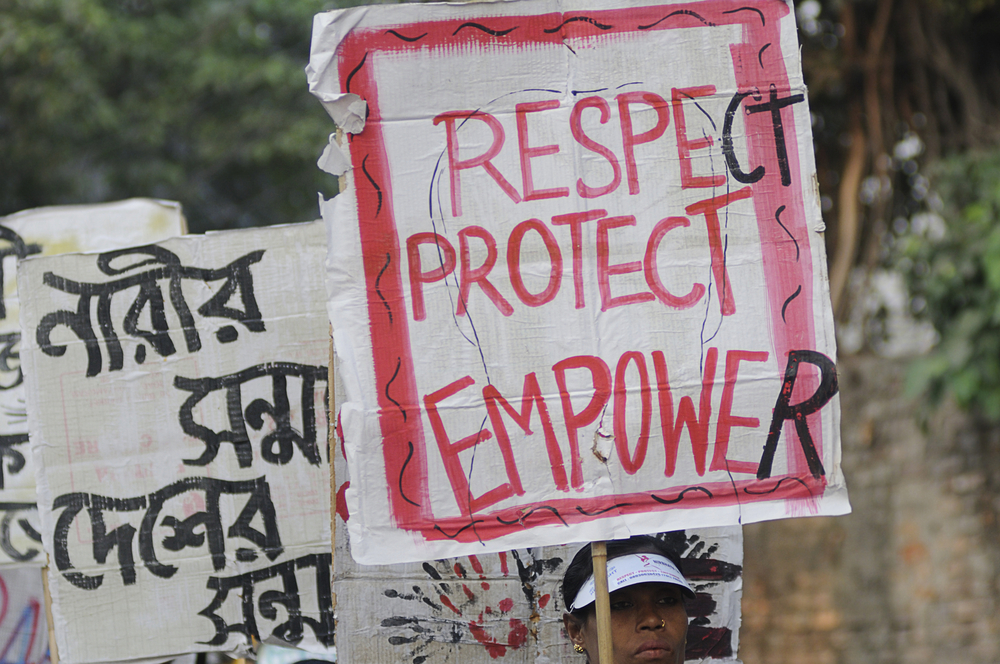 The country is still as unsafe as it was three years ago. The Nirbhaya Fund seems unutilised. How many more crimes are needed to spur the government to act?

It is the flaw in our society that we have not taught and brought up our sons to honour and respect a woman, to take her no as no, to not judge her by her clothes or by the time she spends outside her home. On the other hand we have turned a blind eye when our sons have come in late at night, have not questioned them for flouting rules – this has created a feeling in our boys that it is okay if they are out of home at nights but it is not okay if girls venture out. It is okay if boys drink but it is not when a woman wants to… we as a society have most of the times blamed it on a woman and tainted her as promiscuous if and when she is violated.

And as much as it is the responsibility of people to protect women and support those who have been victimised thus, it is a greater responsibility of the government authorities, all over the country, to make strict rules and laws against such criminals and create means for lending a helping hand to women and provide quick justice.

One such initiative in the form of ‘Nirbhaya Fund’ was started by the then government three years ago. The Nirbhaya Fund is a 10 billion INR corpus announced by Government of India in its 2013 Union Budget. The then Finance Minister P. Chidambaram, created this fund with an aim to support initiatives by the government and NGOs working towards protecting the dignity and ensuring safety of women in India.

But, just when most of us had started to reconcile with the fact that Jyoti aka Nirbhaya’s life was extinguished by cruel and more-evil-than-the-devil-himself men, another similar crime was perpetrated on Jisha, a law student in Kerala. We as a society and the government authorities have failed yet again to ensure safety of its female population.

Aim of the Fund

The ambitious proposals made by various ministries as an aftermath of the brutal crime against Nirbhaya included introducing a SOS panic button in cell phones that would alert the police and the call could be traced. Similar alert systems were to be introduced in trains via railway help lines. There was also much talk about installing CCTV cameras and GPS in all public transportation means.

The authorities had even proposed help centres in all district cities as first access points for the victims. The fund was also to be used for rehabilitation of women who were attacked with acid.

So what happened to the Nirbhaya fund after all?

Three years have hence elapsed and there seems to have been no decrease in crimes on women. Acid is still easily available and rape cases have not decreased – instead the rapists still dare to carry out the heinous crime mocking in the face of law and police.

As is often the case in many government policies, the proposals for women’s safety have also been debated over much longer than required. Committees for this and that have been made over and over again. Allocation of funds has been discussed and contemplated over and over again…

Yes, the frequent amendments, additions and cutting down in each proposal, and the ‘ayes’ and ‘nays’ by various people of authority have not only left the proposals weak but also limping to fruition.

Many of the ideas have yet to see the light of the day while others have been downsized to the point of being ineffective. The one stop crisis centres, originally proposed for each district to provide legal, medical and psychological help to the victims, are reduced to one per state. The idea of one crisis centre in one state is not only inadequate but also inaccessible. This cut down renders the proposal useless and the Nirbhaya Fund unused.

The SOS button idea was shot down because it would cater to only a section of female population who can afford a smart phone. Even the simple idea of providing a hotline for distress call has not been implemented.  The amount allocated for these proposals through the Nirbhaya Fund thus sits idle.

The Ministry of Home Affairs had aimed high with plans of GPS based police vehicles dispatch function to respond to distress calls and hence provide efficient speedy assistance in 114 cities that were identified to be of high crime rate against women. However even after sanction of funds, ground reality is that of inactivity.

The lax approach in utilising the Nirbhaya Fund in the installation and manning of CCTV cameras, employing more women in police force, creating special crime cells, employing the help of volunteers from NGOs for women has not helped in curbing crimes against women.

The political figures have not shown gender sensitivity, consensus and strong will in taking counteractive measures against crimes against women and the fund remains underutilised.

Where does, all this, leave us then? How many more Nirbhayas or Jishas will be sacrificed before the government wakes up and really works in direction of providing speedy justice, safe surroundings and timely aid?

Isn’t it time we press our government to come clean and tell us what exactly has happened to the Nirbhaya Fund?

For more information on this issue, check out here and here.