A Year After Nirbhaya

A comment on what has changed an year after Nirbhaya - while crime has not gone away, our response to rape as a crime has changed 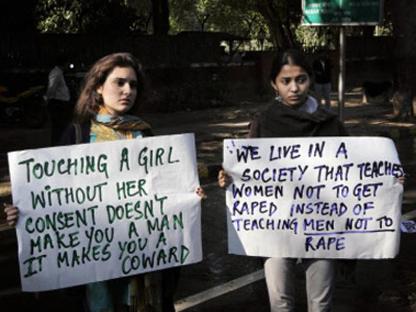 Exactly a year, since the Nirbhaya Case made headlines and shocked us all from the despondent acceptance with which we accepted news reports of sexual crimes and rape; before her, there was always an attitude of ‘hota hai’ beneath every reading of similar news items. A sense that what happened to a rape victim was somehow removed from the truths of our own lives. That the horror faced by a victim of a sexual crime was something that could not happen to us.

It is precisely this pseudo-insulation of middle-India that has prevented change large and small, from happening.

But Nirbhaya was one of us, a girl who was a sister, daughter, friend, dreamer, optimist and somehow, represented our own struggles to rise above our circumstances and better ourselves. She was one of us, glaring at ‘eve-teasers’ at the nukkad in the day-time, dupatta-covered, downcast eyes after twilight, rushing to reach home in the rush hour traffic, edging away in crowds to avoid groping hands, studiously ignoring the hungry male gaze at work and in public, alert for stalkers, avoiding eye-contact with flashers and still, amidst this daily relentless struggle with half of the population of her world….dreaming of and striving for a better life for herself. The cruelty and injustice of what happened to her and the tragedy of her passing away in spite of her courage was a symbol of what could and perhaps would happen to us any time in our lives, at work, during travel, at the hands of bosses, colleagues and in-laws, and in various forms.

So, our collective grief and anger rose like a volcano.

And, changed many things. It changed the justice system a little, the policing for such crimes a little more, and made us very aware of what many of our ”leaders’ thought of us (dented, painted, et al) and our struggles to be heard. It changed the politics of our capital.

But, now, a year on, as I read about more Nirbhayas, I wonder if anything has changed for us, for our sisters and our daughters. The male attitudes are the same. It will take a generation or more to do so.

What HAS changed is our attitude towards such crimes.

Nirbhaya broke the conspiracy of silence and showed us that talking about and coming forward to accuse the perpetrator was an act of courage. That it was not shameful to be a victim and that the shame is the perpetrators’ and not ours.

She has ignited an anger and righteous awareness of our rights, which now gives us dignity and self-respect.

We hold the memory of our sister, Nirbhaya  in our hearts and pay homage to her by supporting our other sisters by standing by them when they need us. We live our lives to the fullest and fulfil her dreams by fulfilling our own.

Pic credit: Economic Times (From their slideshow of images from the 2012 protests in Delhi)