Even as the ‘temple entry movement’ spearheaded by Trupti Desai and women of the Bhumata Brigade is gaining traction, two gutsy Muslim women who are co-founders of the Bharatiya Muslim Mahila Andolan (BMMA), a national collective formed in 2007 to champion the cause of rights of Muslim women, are challenging the ban on women’s entry Bhartiya Muslim Mahila Andolan and their involvement in the struggle for right to worshipin the inner sanctum at Haji Ali, a popular Sufi shrine located in Mumbai.

Zakia Soman and Noorjehan Niaz have dedicated their lives to promoting and spreading awareness about the concept and practice of gender justice in the Quran, in line with the spirit of the Indian Constitution.

In this interview, Zakia talks her heart out on issues that matter the most to her and to BMMA, with women’s right to worship without discrimination, and reform in the Muslim personal law at the centre.

How did the BMMA take shape?

BMMA took shape in the first decade of 2000, under the context of the attacks on the world trade centre (2001) and communal riots in Gujarat (2002). We were a bunch of Muslim women working in our respective areas when suddenly we got this opportunity to get together and discuss various issues that were faced by women in the community. That was the birth of BMMA.

This was a time when all of us shared similar emotions and experiences that came with being a Muslim, more so a woman. Scrutiny, curiosity, the burden of identity and a sense of injustice were constantly on our minds.

During 2003-04, we met quite often and discussed issues concerning women in the Muslim community, questions of communal harmony and peaceful co-existence. Our discussions resulted into BMMA being formalized by the end of 2006 and early 2007.

How do you support Muslim women? 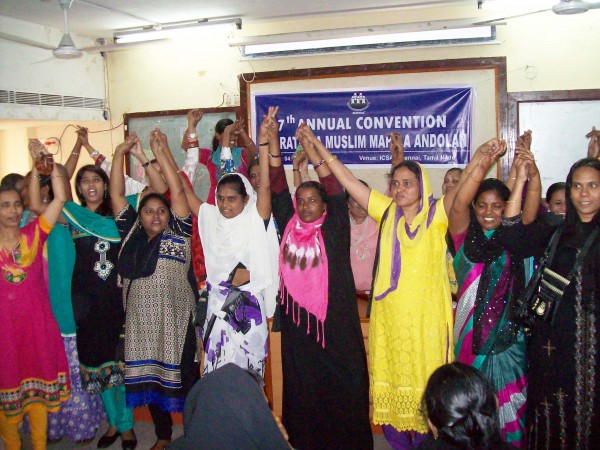 BMMA has emerged as a national collective on two key issues – those dealing with family, community, Muslim society and status of women, gender justice in the Quran in particular, and communal harmony and citizenship rights of Muslims in general. In its tenth year now, BMMA believes that the principles of equality and justice are found in both the Quran and the Constitution of India. We are working to bring forth concerns of Muslim women in mainstream public discourse.

Why are you supporting the temple entry movement?

We have had our share of experiences in gender discrimination by the institutionalized forms of religion. In 2011, when a team of women from BMMA visited Haji Ali to pray and seek blessings, we were denied entry into the inner sanctum of the shrine.

We approached the trustees of the dargah and wrote several letters to them in order to understand the reasons behind this ban on women’s entry. Failing to receive any response even after intervention by government bodies, we filed a PIL (Public Interest Litigation) in 2015 as the only recourse left to be adopted was legal. We applaud Trupti Desai’s efforts in leading from the front and we support her since we are struggling to achieve similar goals.

How successful do you think you will be in this fight?

At present, we are awaiting the court’s verdict on the issue and are hopeful that it will be encouraging. There are many feminist movements the world over, but very few organized movements that fight for the right to enter a temple/shrine.

Women are second to none, so why should they be banned from entering the inner sanctum at Haji Ali? Shrines like Haji Ali represent the liberal, just and humane face of Islam and we will challenge anyone who attempts to distort it.

How do you reconcile to the different strands of Islam in your work with Muslim women?

Educating women and men from the Muslim community is a key area of our work. We believe that justice, kindness, compassion and wisdom are the core values of the Quran and any belief or practice that doesn’t concur with this is unacceptable to us. 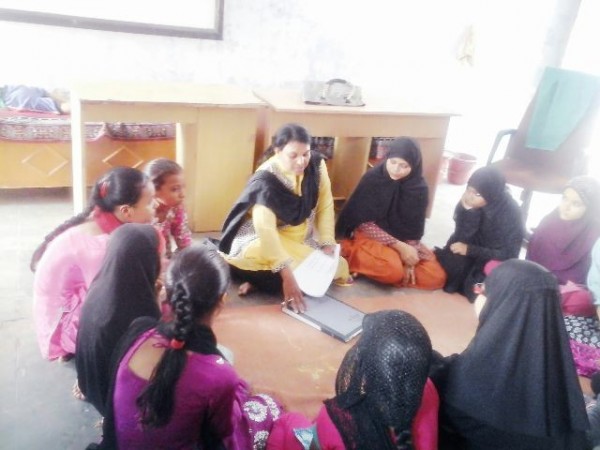 Years of research and ground work done at BMMA clearly indicates Quranic verses that reflect gender just principles. We use these verses as evidence based support in our trainings, workshops to help spread rights based consciousness among Muslim women.

How significant is this alternative view that you are trying to disseminate and promote?

There has been a lot of wilful obfuscation of the Quranic message through misinterpretations by the patriarchal male leadership in the community and hence our public meetings and support material emphasize that Islam treats men and women equally. There is nothing in the Quran that can be held against the equality of women.

Besides, it is very important to keep in mind that Quranic verses can be normative and contextual. The normative is always very important whereas the context can vary locally. Working to challenge the mainstream interpretation of Quran in terms of gender justice is very significant, I believe.

What kind of support have you received from women in the community?

Our ever increasing membership which has just crossed one lakh speaks volume about the kind of support we have from women in the community. More importantly, BMMA now has a relationship of trust and confidence with women who want to challenge the male patriarchal leadership which has denied them their basic rights. It is most gratifying to get to listen to personal stories shared by women at the grassroots and their acknowledgement of BMMA’s small yet significant role in bringing about transformation in their lives.

You are also working for reformation in Muslim personal law.

Yes. We are demanding a comprehensive reform in the Muslim personal law in India. Laws as old as 1937-39 are governing Muslim women and haven’t been amended since then. On account of this, Muslim women face issues such as halala, triple talaq, polygamy, issues related to the custody of children and age of marriage. Even as violations of Quranic injunctions take place, there is no legal recourse that women can look to. We want a codified Muslim personal law based on the Quranic framework because the Quran doesn’t sanction unilateral triple talaq and doesn’t encourage polygamy and yet these practices continue in our society.

Is the Muslim society in India up for this change?

Women are afraid to speak up because they don’t want to displease their family and the community. Girls and boys, women and men can read the Quran for themselves; they can choose which translations to rely on; they can read commentaries by global progressive scholars. 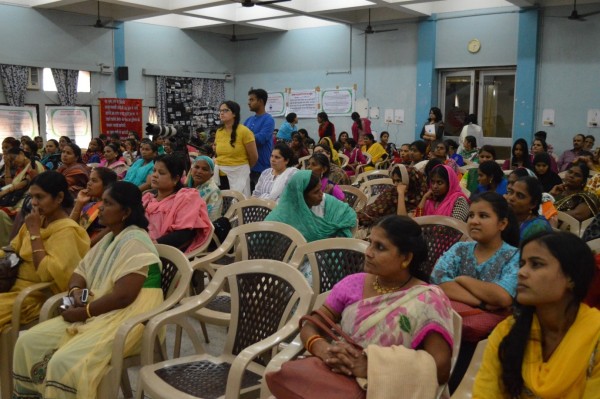 We regularly get emails and phone calls from young Muslims saying they support us and want an end to injustice to women. The society is changing and so are Muslims. BMMA has trained thousands of women and men in principles of the Quran. We are also training a batch of 30 women qazis (female clergy) under the expertise of leading Islamic feminist scholars worldwide. After eight years of rigorous work, we have prepared a draft Muslim personal law and we are hopeful that change will happen soon.

What is the most difficult to deal with – power, patriarchy or politics?

I would say it is the nexus between patriarchal elements and those in politics. This nexus is underhand, unethical, covert and also shamelessly overt at times. Left to democratic principles and Quranic injunctions, gender justice for 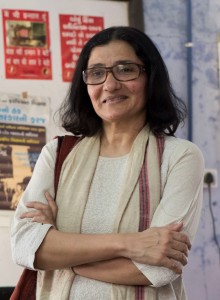 Muslim women is a winnable proposition. But it is this extra-constitutional nexus unfortunately perpetuated by electoral politics in our country that has stalled progress. As we are challenging the ban on women at Haji Ali, in some way we are fighting against this nexus.

What are BMMA’s dreams for the next five years?

We have made a humble beginning and are fortunate to have so many people and civil society groups supporting our
work. Now that our work is in the public domain, we want to ensure that triple talaq is abolished.

We want Muslim girls to avail of higher education opportunities and Muslims in the country and world over to get acceptance as equal human beings.

We also want to contribute to a peaceful multi-cultural society where all faith communities live in harmony. We condemn extremism, conservatism and want to highlight just and humane Islam.

Nidhi Shendurnikar is an independent researcher based in Ahmedabad, Gujarat. She has a Ph.D

New Petition: “Allow Muslim Women To Pray In All Mosques, Cutting Across Denominations”