As You Write ItCampaignsReadSocial Issues

Saying Goodbye To My Father. Winning Entry By Pooja Sharma Rao For The #GoodwynTea Writing Contest

Women are not permitted many things in our society. This woman had to fight for her right to perform the last rites for her father. #GoodwynTea contest winning entry. 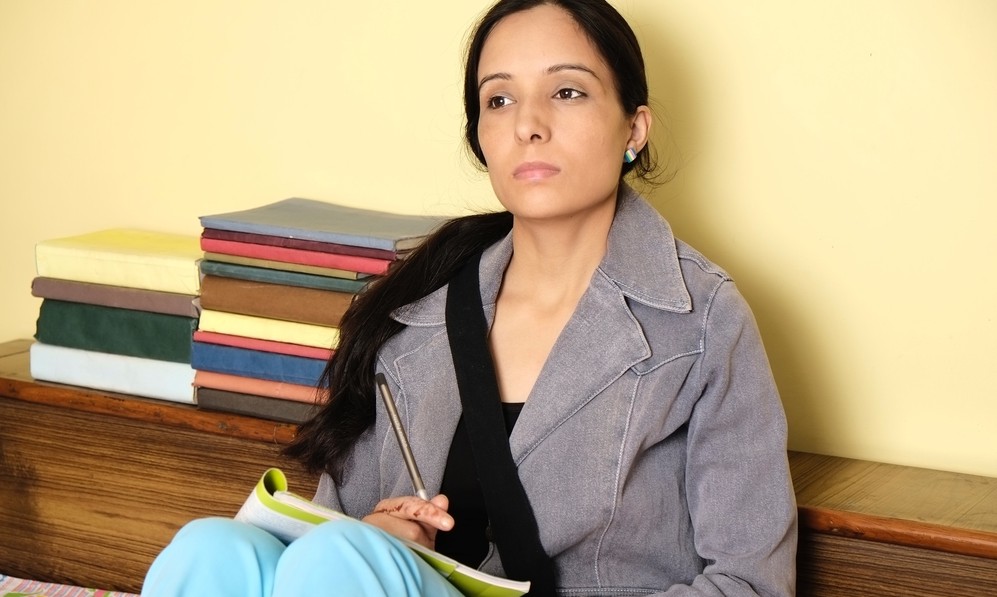 Women are not permitted many things in our society. This woman had to fight for her right to perform the last rites for her father. #GoodwynTea contest winning entry.

This month, we invited you, our readers, to participate in the writing contest sponsored by Goodwyn Tea. You had to write a story either fiction/real, in response to the cue: “A woman is like a tea bag; you never know how strong she is until she’s in hot water.” A quote attributed to Eleanor Roosevelt.

Here is the first winning entry, by Pooja Sharma Rao. Pooja  wins a gift hamper from Goodwyn Tea. For the taste of a perfect steep, visit www.goodwyntea.com and try out one of their high quality tea bag collections.

Saying Goodbye To My Father

Just a day after my 36th birthday, I was in the worst space I had ever been in all my years. The doctor from across cities wanted my consent to make a last attempt to save my father’s life and put him on life support.

The chances were dismal, but I took them, almost like trying to grasp one more breath for him. He didn’t wait, not even till I could reach his deathbed and see him alive one last time.

It was not an easy battle struggling for my right to perform his last rites being his only child, or to come to terms with the fact that my grieving did not fit the clichéd loud public display of emotion.

I was labelled cold-hearted, insensitive, haughty and what not just because despite being a married daughter I stood my ground to perform all his last rites alone. Not to prove a point to anyone, but to keep a promise to my late father and myself, that the equality of gender with which I had been brought up I will stretch it to the last test.

I was determined to even put my colossal grief aside for a while so that I could exercise this right of mine to perform my father’s last rites the way he wanted me to, not ‘like a son’ as the cliché goes but as his child, his only child.

Of the many gifts in life from my dad to me and his only grandchild is also his passion for tea. Somewhere in our home in Shimla lies an old chipped mug with this inscription –

“A woman is like a tea bag; you never know how strong she is until she’s in hot water.”

Now I know for sure what it really means.

This is the account of my journey on that tough day and a few days after that.

from the cold, hard
deathbed in a hospital
he uttered a monosyllable
into the phone
I knew it was
the last fragment
of his voice for me.

the van was shaky
I had put my hand on his chest
the chanting
was the only rhythm
my heart was
as still as his.

He was placed on the pyre
He had once told me
about the five elements
I knew what I had to do
fire was the final test.

Most people had left
two more pyres were afire
I kept looking at the flames
long and close enough
to feel the ash
on my skin
in my breath
peace, peace, peace
I knew much later
I was chanting.

rituals, visitors
cheque books, bills
lawyers, offices
papers, decisions
only in the pauses
I closed my eyes
and we met

grief is a long lonely road
I look for Rumi, Buddha
they were right
the wound is where
the light enters
the journey is
actually the destination