Being A Woman Can Not Only Make You A Victim Of The Pay Gap, But Can Also Cost You That Coveted Job

Just a few weeks ago I was talking to my father about gender pay gap in the US. My mother overheard me say “Yes I think women there now make seventy something cents to the dollar”.

My mother looked surprised and said “How awful. At least we don’t have that in India. Women and men here get paid the same wages for the same job.”

Today, I was googling gender pay gap and I came across this page on Quora where someone else said the same thing my mother did.

So is it true that there is no gender pay gap in India?

As wonderful as that would be, it is simply not true. Gender pay gap is defined as the difference between the average hourly male and female income expressed as a percentage of male income. And while in the US that figure is around 20%, in India it is 40% and was an alarming 70% before 2008.

But if males and females working the same job are paid the same amount then what causes this gender pay gap? There are a number of factors:

In my last article on why masculine careers are considered better than feminine ones, I pointed out that, in spite of the significant progress women have seen in the last century, we still essentially live in a male dominated society. The discrimination is now more subtle and insidious. One particular point I made was that activities and interests that were traditionally more common among women have less glamour and prestige attached to them than the ones chosen more commonly by men. As a result modern women often feel the need to shun traditionally feminine interests and career choices, even if those come more naturally to them.

In response to this, a reader Elisabeth Vikman pointed out that she did not think that the more commonly male career choices were better per se, but that they were certainly better paid and a single mother needing to support her family might feel compelled to choose among those in favour of better pay. And of course she is right. So it is not just that jobs men tend to opt for have more prestige and glamour attached to them, but also better monetary compensation. And that was what got me thinking about gender pay gap.

I realized that in Mumbai for example, a driver gets paid far more than a baby sitting maid for the same number of hours of work. I don’t see how driving could be particularly more stressful or more demanding than looking after a toddler. The number of hours actively spent in driving is typically less than that spent by the baby awake. The well being of the baby presumably is very important to the parents. So I would think the responsibility involved in caring for a toddler is fairly high. Then why this difference? Is it simply because driving jobs are more commonly taken up by men and baby sitting jobs by women?

Does society still value the work women do less than work men do? Seems like it…

This bias is not just prevalent in developing countries like India but in western countries too. It is not conscious but it hinders the chances of women being hired or promoted to supervisory positions.

One would imagine that scientists would be fairly objective in their selection criterion.

But, when evaluating identical resumes, scientists may be significantly less likely to agree to mentor, offer jobs, or recommend equal salaries to a candidate if the name at the top of the resume is Jennifer, rather than John. Do click on this very illuminating study that demonstrates this, as well as suggests a possible solution.

So as a result even if a man and a woman are equally qualified, women are less likely to get jobs and promotions and hence likely to earn less. But this is not just limited to STEM fields.

Even the rejections she got were far more warm, and encouraging when she used the masculine identity.

It seems unlikely that all these agents are openly gender biased, but it does seem that they find it harder to reject men and certainly have more confidence in them. They seem to start out with a sub conscious pessimistic outlook when they read a manuscript submitted by a woman. This puts women authors at a disadvantage and significantly reduces their earning potential.

These experiments clearly show that even in developed countries a sub conscious gender bias lingers. It goes to show how deeply rooted the problem is, and how difficult it is to weed out.

In India, even in the relatively modern IT sector there is a gender pay gap of 29% for similar reasons.

We should not try to explain it away as a choice women make to earn less because they want to focus on their family. Women often agree to take a job at low pay just to support their kids. As a result, jobs commonly opted for by women in similar positions tend to be undervalued. This needs to be corrected by enforcing minimum wages.

It is important to identify what deep rooted social attitudes cause a gender pay gap, and make a conscious effort to correct them.

Do You Know How You Give Away Your Privacy When You Sign Up For Apps, Discounts, Etc.?

Lower Paid, But Happy! Why Are Female Workers OK With This State Of Things? 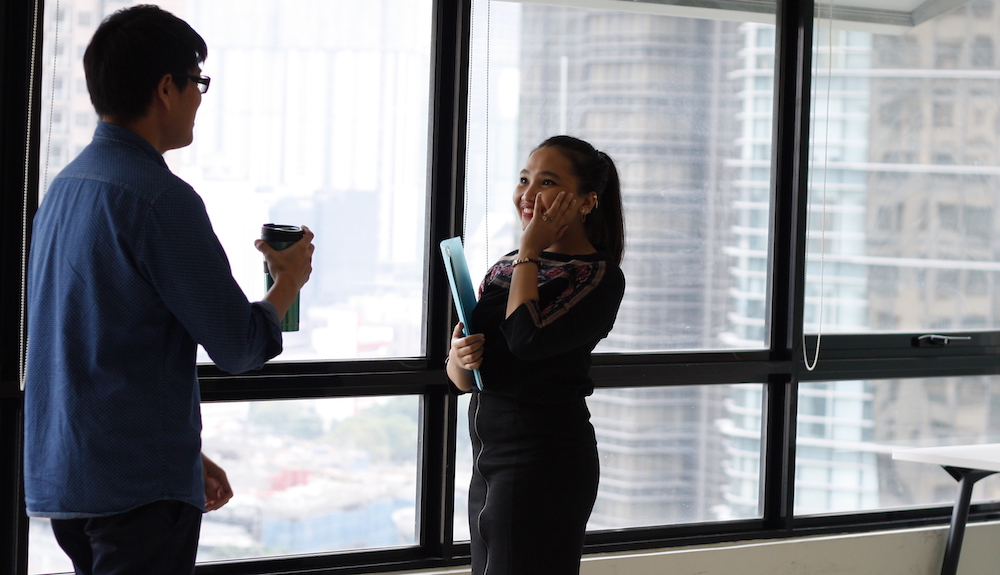 Some time ago, I wrote an article on Women in IT and was then approached to examine a related topic: What keeps female workers happy despite the many challenges they face? I felt I had already written all that I had experienced, and wondered what else I could say.

However, when I started researching on the topic, I realized that a lot more remained to be said.

A recent report highlights that despite same qualifications, Indian women get paid 30% less than men. This has again brought to our notice the glaring gender pay gap that exists in the society.

A recent report states that despite same qualifications, Indian women get paid 30% less than men. This has again highlighted the glaring gender pay gap that exists in society.

A recent study shows that men with the same qualifications get paid more than women in many sectors in India.